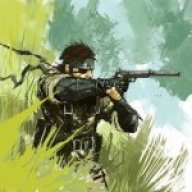 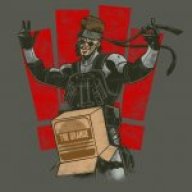 CC f-tilt is literally your best option out of crouch cancel so yes.

But we're talking about Kirby's CC and how f-tilt ****s it royally. 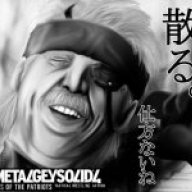 Also, Ftilt is his fastest move with a potentially large reward (I.E. not jab) out of crouch cancel, not necessarily the best.
Last edited: Jul 14, 2015


7:3 Wario
Relatively sluggish movement, a lack of projectiles, and only moderate punishes possible on Snake makes Wario struggle considerably in the matchup if the Snake chooses to space out Wario with safe moves like grenade, upb, back air, and nair. Meanwhile Snake's combos on Wario and control of the stage make for an easy time eliminating stocks.
7:3 Bowser
Bowser has much the same difficulty as Wario in that his lack of strong movement bogs him down against Snake. This difficulty alone isn't bad considering Bowser's strong punish game, but his immense size and combo weight make for an absolute nightmare against Snake's throw combos, aerial juggles, and disruptive multi-hit attacks.
7:3 Jigglypuff
Jigglypuff again lacks any strong projectile to combat Snake and similarly falters in vertical mobility. A great boon to her matchup against Snake is her difficult combo weight and low profile, preventing a large amount of Snake's big punishes. However, that weight also makes for extremely early KOs off the top—Snake's mainstay method of kills—vastly rewarding a Snake for playing conservatively and carefully against a Jigglypuff who frankly struggles to find any answers.

6:4 Yoshi
Yoshi gets combo'd hard in this MU, provided the Snake is cognizant of the double jump armor and works to bait and punish it. Apart from that, Yoshi lacks any concrete methods of dispelling Snake's projectile walls and struggles to find a good way in. Additionally, getting a C4 means death for Yoshi considering its ability to break DJ armor even at low percents, making gimps against Yoshi extremely potent. One C4 into a back throw off stage is a stock against Yoshi. Yoshi's juggling and sharp edgeguarding play tilt the matchup ever so slightly back into a doable range, however.
6:4 Wolf
The major problem that Wolf encounters is Snake's frightening punish game: chain grabs guaranteed to 80% as well as a vast array of edgeguarding tools and tactics make quick work of Wolf's stocks all too often. Similarly, Wolf's main projectile is slow and unassuming as well as lacking in usefulness considering Snake's low-profile crouch eliminating the omnipresent SH laser WD approaches common to Wolf's gameplay. Once Wolf gets in, he has to take the stock to death, or else Snake is sure to live much, much longer.
6:4 Ice Climbers
Ice Climbers plainly struggle in 3.6 due to the loss of numerous elements of their punish game. Combine this with Nana's shoddy AI and Snake's apt control of the stage via projectiles, and it becomes near impossible for Icies to close out a stock, devolving play into campfests into grab punishes on both sides, tending to favor Snake in the end.
6:4 Zelda
Zelda's lack of movement and extreme floatiness are again the core problem of the matchup, although her punishes on Snake, when refined, are quite devastating, it's difficult to resolve many of the issues present in the gameplan should Snake be aware of these options. He's quite content to bait out side-b's and neutralizes them without difficulty in order to continue the extended neutral game.
6:4 Ganondorf
Ganondorf can only win if the Snake gets impatient or inaccurate. Burst movement and interesting techchase concepts via Ganon's specials make for a less imbalanced matchup than expected, but a mid-combo weight and relatively linear recovery make the punishes Snake has on Ganon nearly match Ganon's own punishes on Snake. Without projectiles and without disjoint, Ganon can struggle against a patient Snake's solid neutral game walls.
6:4 Squirtle
Squirtle is extremely light with an extremely bad defensive gameplan: terrible rolls and mediocre attack speed overall create a lot of issues when faced with Snake's down throw. Without that fact, Squirtle would win the matchup 4:6 through his extremely strong ground movement, solid projectile array, low profile to avoid many of Snake's options, and strong punishes against Snake in all realms of the game. However, a single grab from Snake against Squirtle is essentially a guaranteed loss of stock provided the Snake is smart about his techchase.
6:4 Zero Suit Samus
Fastfalling with a tether recovery is not a good look for ZSS here: Snake chaingrabs for a free 50%, ducks her projectile, and punishes any bit of off-stage inaccuracy dearly. Compound this with an inability to consistently land kill moves against a character that struggles to find the blast zones, and the matchup becomes increasingly hopeless for ZSS. Her boon therefore becomes the presence of a projectile and disjoint to combat Snake's projectiles and actually approach and punish him.
6:4 Kirby
Kirby struggles without a reliable projectile or noticeable disjoint as well as a relatively slow ground speed and a pitiful vertical air speed, resulting in Snake effectually being able to remain untouchable above Kirby for the duration of a set. Snake essentially plays keep away and forces Kirby to constantly approach and vie for a trade, which granted Kirby has a knack for obtaining and closing stocks out. Once Snake gets a stock lead, he should never lose.
6:4 Dedede
Yet another heavy that struggles to do anything against Snake: Dedede's access to a projectile only minimally helps as he mostly lacks a neutral game at long range to deal with Snake. Add into this Dedede's fast falling speed and large size and Dedede gets punished extremely hard by Snake while threatening very little against Snake.
6:4 Roy
Despite Snake's marked difficulty against other sword/disjointed characters, Roy is far easier for Snake to deal with than others. His mediocre recovery and poor fall speed make punishes on Roy hurt every time Snake touches him while Roy's punishes simply do not compare to other Fire Emblem characters' against Snake. Roy devolves to gimmicks and reads to combat Snake, who needs only patience and punishes.
6:4 G&W
Game and Watch struggles in much the same way that Roy does, although it comes more from his extreme floatiness combined with key exploits and baits from Snake. G&W's only OOS option puts him extremely high on the map—perfect for a C4 KO—. His long-lasting hitboxes struggle against Snake's explosives (grenades in particular). His mediocre ground speed compounds that issue, and Snake's down throw absolutely ruins G&W's pitiful defensive options, forcing many difficult circumstances throughout. Should the Snake play smart, G&W should never have a chance to use his fabled RNG-combos.

4:6 Mario
Mario is a tough nut for Snake to crack. His weight discourages combos to some degree, his recovery is wonky and unpredictable at times, his fireballs are disruptive and hard to work around, and his punish game on Snake is absolutely enormous. Take care and patience with this one.
4:6 Luigi
Luigi similarly disrupts a lot of what Snake normally wants to do, but can't just "do Luigi things" against Snake at the same time. Waveland tilts have to be sure to hit, otherwise it begs Snake to tranq and punish. Nair can break out of combos extremely well, but snake can just as easily wait it out and space out a c4 or back air. Down B has some unique combo opportunities but again is threatened by tranq. Luigi does best to play carefully and conservatively, opting to punish Snake's lag and downtime while abuse Luigi's solid edgeguards and aerial gameplay.
4:6 Diddy
4:6 Fox
Fox is in much the same position as Falcon in this matchup but has the benefit of lasers to disrupt grenades and mines, a better grab game, and arguably stronger edgeguarding prowess for when Snake sneaks through KO setup percentages. However, the punish game on Fox is even worse than against Falcon due to the increased potency of chaingrabs and throw combos in general. Overall, Fox needs to play a safe and secured neutral or he's done for.
4:6 Toon Link
4:6 Pit
4:6 Pikachu
4:6 Ike
4:6 Marth
4:6 ROB
4:6 Sonic
Last edited: Aug 11, 2015

...Might as well.
Note: Any character that I haven't played against (I.E. a lot) on a semi-regular basis, or that I haven't theorycrafted significantly for, gets question marks. It also assumes a good understanding of the given matchup, based on my current understanding of the game, and that both players try to a reasonable extent. Might be updated if I feel like it.

(I haven't played a local version of 3.6 yet so this is based on 3.5 Snake, with placement with regards to buffs/nerfs interpolated.) 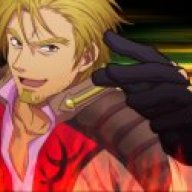 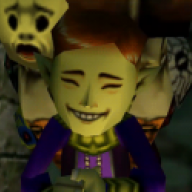 What do you guys think? Anything wildly inaccurate? What about the unknown matchups?

Not my opinion. This is for updating the (outdated) community matchup chart.