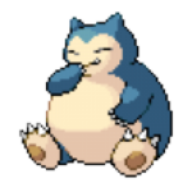 First off, I wanna give credit to @gravy who came up with the bulk of this idea. All I’ve really done is apply it from Falcon to Fox.

This training method uses a criminally underrated feature of 20xx, the frame counter. Achilles sort of neglected to write an explanation of it, so here’s the low-down. Essentially, you write an action-state to a character’s percentage display so that the percentage is actually telling you how many frames you’ve spent in the assigned action-state. For more on action-states, set the DEBUG LEVEL to DEVELOP, enter a game and press Y + D-pad Down to display the action-state. Pretty much any animation your character can go through has its own action-state.

To enable the frame counter, go to the debug menu, then into GAMEPLAY CODES, then turn FRAME COUTNER to ON. Next, start a game (stage can be whatever you like) with you and three CPUs all on the same team (press D-pad Up instead of start to get to the stage select screen). This way, you have four percentages to write to and the computers will leave you and each other alone. Turn on friendly fire as well so that you can interact with them as needed.

Once in the game, your two important controls are D-pad Up to freeze action-state (taunt is disabled) and L + R + D-pad Left to cycle through character percentages to write to. Usually, the game will default to writing the wait action-state to a percentage. You’ll see it count up as you stand still and stop when you move. All you have to do is decide what sort of tech you want to practice, then write the associated action-states to percentages, and start grinding.

For example, if I wanted to practice frame-perfect wavedashes, I’d press L + R + D-pad Left until the 999% was occupying the character percentage that I want to write to. Next, I’d air dodge and press D-pad Up to freeze myself in the air dodge action-state. Once frozen correctly, I’d press L + R + D-pad Left again to write to the percentage slot and then D-pad Up to unfreeze myself.

To check that you did it correctly, air dodge again and you should see the percentage increase each frame you’re in the air dodge action-state. Now do a wavedash and see how close to perfect you are. If the counter doesn’t move, the wavedash was frame-perfect, congrats! However, once I get a frame count of 1 or 2, I like to air dodge to set the count very high, so that I can know whether my wavedashes are really perfect or if I’m just consistently missing them by a frame or two.

NOTE: Freezing doesn’t work when “holding” a move, i.e. shine. To get around this, input the move, let go of the buttons and quickly press D-pad Up. Shine has two parts, the first three frames (unable to be jump-cancelled) and the reflector. Make sure you’re freezing on the reflector (when the blue hexagon is visible), since this is the part of the move you want to avoid.

DEVELOP mode in conjunction with action-state display (Y + D-pad Down) and frame-advance (Z after pressing Start) is super useful for determining frame numbers in each action-state necessary for whatever tech you’d like to practice.

Here are some ideas that I’ve come up with and associated action-states/frames spent in them.
Percentages written to reflector (not shine, see note above) and air dodge. Reflector should be 0 and air dodge shouldn’t move.

When practicing this and not hitting a CPU, I like to try and get reflector frames to 3, since that’s the timing you need for a perfect waveshine on an opponent. I think it’s best to stick to that timing instead of hit-confirming (I don't even think it's possible to react to this) and learning different timings to save a maximum of 3 frames in your movement.
Percentages written to cliff wait (when you’re hanging from the ledge), fall, double jump, and air dodge (optional)

You should spend one frame in cliff wait, one frame falling, 2-4 frames in double jump, and 0-1 frame in air dodge. The variable frames depend on the angle of your wavedash and how you grabbed the ledge (for more info, see this thread).
Percentages written to wait

This helps to clean up your up-throw follow-ups and is especially helpful against Jigglypuff. You can either jump or dash out of the throw animation, but you want 0 wait frames.
Percentages written to jump forward, jump back, and the desired aerial.

I think fastest short-hop is 14 frames, so for latest nair, it’d be 10 frames in jump, 4 frames in nair. You can also rework this template for any possible aerial timings on shield.
I think multishines (>2) are a waste of practice time, but if you so desire, I’m sure you could figure out the numbers based on my examples. Keep in mind that aerial reflector is considered a different action-state than a grounded one.

Reply with your own ideas, I’m sure that these aren’t all the possibilities!
Last edited: Aug 18, 2015 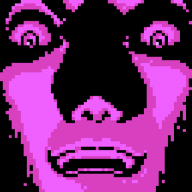 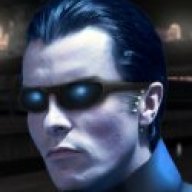 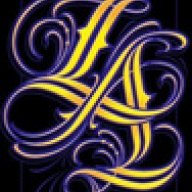 Wonderfully written. Thanks for taking the time to post this. I dream that one day there will be a database of gifs that involve creative ways of training with the hack pack for all characters.

When people ask me what I think is the "most useful" tool within the hack pack, my immediate response is always Save States, despite its instability for certain action states. Save States grant situational practice repetition in a way that has never before been available in Smash, which makes learning and experimenting with techniques lightyears more efficient than in the past. And the Frame Counter is an amazing tool for perfecting techniques.

Combine these with color overlays, CPU attack spam, combo counter, etc. and the possibilities seem endless. But 20XX 4.0 will be even bigger and better. I'm continuing to work on it whenever I can.

Some old, crappy gifs I made to demonstrate the usefulness of combining these features and to generate more ideas.

Ledgedashing (Ganon should not be able to hit you) with save states, collision bubbles, CPU spam, [should be using frame counter too]