First Ever Smash Tourny in CONNECTICUT, a Leisure Event February 11th - RESULTS IN!!


This will be the first of [hopefully] many 1v1 smash tournies held in Connecticut, all located at:

-> Controller mods of ANY kind (short-hop mod, L-trigger mod, etc), except for cosmetic changes (paint job, different colored plastic), are banned. If you are caught using a banned controller you will be disqualified from the tournament.
-> Glitches used to stop your opponent from controlling their character or indefinitely freezing them (Mewtwo's Soul Stunner, the Ice Climber freeze glitch), or any glitch or trick that freezes the match or makes it in any way unfinishable are banned. Using them will result in the immediate forfeit of the match.
-> Tactics such as Peach's Wallbombing and Jiggly's Rising Pound are allowed as methods of recovery or to manuever around the stage. Using them (or any similar tactics) to excessively stall a match, such as droping below levels intentionally and stalling underneath, is banned.
-> You are responsible to BRING YOUR OWN CONTROLLER.

omg awesome, I'm glad you used my name...after the third tournament we can change it to something else XD

alright, well, sounds good to me, hopefully we get a good amount of participation.

oh yea, I've got like 3-5 people who will play...now we'll just have to get better, really fast 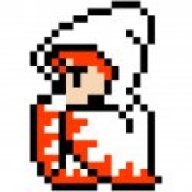 We will try to come I'm sure.
R

Hi Cort and Brookman. You know I'm coming if there's anyway I can, with I'm sure a few others.
S

I'm going. That is all there is to say.
J

^ I'll get a ride from him if I have to covertly sneak into his trunk at night. This is gonna be crazy. By the way, what are we going to do for the fourth tourny?!
W

at the moment it is just 1v1, as for entrance fee I think we agreed on 15$

the # of people that attend and the better this one goes will determine the future of these tournaments, so bring your friends and blahblahblah

I'll hopefully be getting more info throughout the week 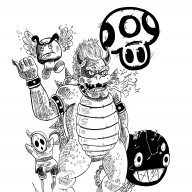 I'm coming. This will be my second Smash tourney, so of course I won't do well. However, I'd like to meet some new people and play some Smash...So yeah, see you guys there!
J

Actually, this seems to already have a pretty good outcome for such short notice. Plus we expect many scrubs to attend because the place is gonna advertise around for a while, so yay.

Lol Brookman, nice sig. Cept the pics are the worst quality ever. >_>
B

no doubt.. but why no teams?

well, we're gonna see how this tourny goes, and if it's good maybe we'll doo a team tourny next time around, all the pictures are faded so that I could fit them all in, and also they are in the middle of hits so the screens were all shaking, especially the knee 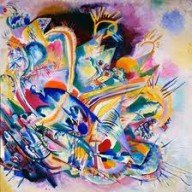 No time for teams? I'm sure more people will come with both a singles and teams tournament =0

well, I talked to the big guy about a team tourny and hopefully he'll respond...I'm sure anything that brings more people will be cool with him.

Hm, looks like I might be bringer 2-3 other people with me, too. Hopefully there'll be no shortage of entrants!

sorry unkown, but teams aren't a sure thing. Our host has never done a smash tourny before so he wants to do one and see how things go. actually I'll just quote him

"I really don’t know enough to tell you how long a 1v1 will go but if
there is time after we can do a 2v2also. anyway after this first one ill
have a better idea of how long etc. and what we could do for the next
one. im thinking that feb 11 would be a good date for it"

but please come anyway, cause I want you to show me your moves

I emailed whoever is going to read the email I send to Digital Mayhem regarding the date. He predicted it to be February 11th, but that's way too far from now and isn't during the college break.

It seems we already have a fair turnout for such a short period of time that this topic has been up for. No need to flood the place with scrubs that have no clue what they're doing.

I just shot my foot with a shotgun omgZ!

how do I make it back to the stage when I fall off? what does the A button do?

well, if we do get scrubs that means money matches for everyone! and potential new players. so as long as they aren't uber scrubs and actually interested in the game I say let them come. plus the more players the more money the winner gets

Ok, now that there is a date we will be there. I'm sure unknown will as well, so the competition will be fierce indeed. Can't wait.

Brookman, that date is too far away and it's not during break and will be harder to make it. Yeah, I'll still be there though.

Also, the person to reply 2 posts from now has an awesome signature banner.
S

eep! february 11th is quite far >>; it shall be tough getting a ride on a saturday.

i hope lots of bad people go so i don't feel like crudmuffins. woop woop~
S

Woops, this tourny happened a lil over 10 months ago. :embarrass

I hope Digital Mayhem can fit us all in it. Seems like there's gonna be a lot of people there.
A

a friend and i will be there. definately.
S

Ryukaider said:
Brookman, that date is too far away and it's not during break and will be harder to make it. Yeah, I'll still be there though.

Also, the person to reply 2 posts from now has an awesome signature banner.
Click to expand...

**** you scott. We don't edit our posts just to make sense. OMG HACKS!

anyways, i wish i could go but i'm kinda out of the way.
S

Hey, if shminkledorf doesn't mind, I might bring my brother who is worse than anything. That'll insure that no one will feel bad for coming in last (probably gonna be me). You can just walk all over him. Shminkledorf is bringing 3+ plus people with him, so this'll be really fun.
M