Fight Your Way Into His Heart - Monika Support Thread 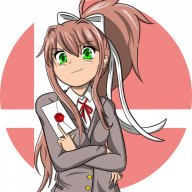 This is going to be my final reply before the forum for Smash Ultimate will be closed until the next Smash instalment but hasn’t announced yet until probably the next console generation. So the moderator has informed that the forum will be closed after Sora’s release date in October 21st. So I may not come back after this but I think this is a good time to say goodbye to every one of you guys. I honestly will missed you all because you’re the best supporters I met so far and when the next Smash game even come back, I hope I’ll meet you guys again by then. I know this is all off-topic but this is going to be shut down and want to say something in general before I’ll be gone. If you guys want to keep up with me, I have a YouTube channel called, “SebTheGamer Entertainment“ where I‘m going to do Super Mario Plush series after the Super Smash Bros. plush movie, “The Ultimate Adventure of the DLCs” and other things I’ll develop sometime in the future. So yeah, subscribe to my channel, follow me on Instagram and hit the notification bell to not miss out. I really hope we’ll see each other again soon. Goodbye, everyone. 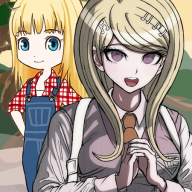 Yeah, it's been an interesting time of speculation! It'll be weird to not have all the character threads going, but I'm ready for it to end. It's been fun, everyone; best of luck with your future endeavors.

As for Monika... Well, there's no shortage of indie platform fighters that I'm sure would love to have a bigger IP like DDLC in it if Dan's willing to play ball. Moreover, DDLC+ has formally released in Japan and even got to be the cover story of Famitsu. So, hey, at least things continue to look up for that IP!
You must log in or register to reply here.
Share:
Facebook Twitter Reddit WhatsApp Email Link
Top Bottom