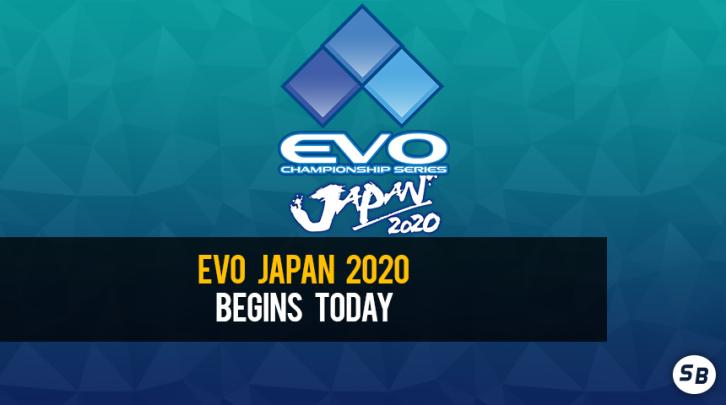 ​
Following in the footsteps of its more well-known American counterpart, EVO Japan begins its third year today. During this event, players will compete head to head in various fighters to reach the first place spot as well as win various kinds of prizes. The frontrunner for this year’s event is Super Smash Bros. Ultimate, which reached over 2,000 entries making it the highest entered game of the tournament.

Listed below are the main game lineups of EVO Japan 2020, along with the time of their respective grand finals:
Some notable players who will be attending the event include Smash’s Sota "Zackray" Okada and legendary Street Fighter player Daigo Umehara.

You can watch the matches live on the official EVO Twitch account:

Outside of the actual main fighting events, there is also the possibility of several reveals to take place during these next few days. A few examples of past EVO Japan reveals include several characters reveals for SNK’s Samurai Shodown reboot as well as Namco showing off some new Soul Calibur VI characters during the 2018 event. Although nothing is confirmed to be revealed this year, the idea of something new being shown is certainly a reason to keep an eye on the event.

Author’s note: Which tournaments/possible reveals are you most excited to see? Let us know in the comments!
Last edited: Jan 24, 2020

Kudos to my fam doing well in Smash (especially Zackray doing the Joker represent), but this is something I really need to see unfold.
You must log in or register to reply here.
Share:
Facebook Twitter Reddit WhatsApp Email Link
Top Bottom