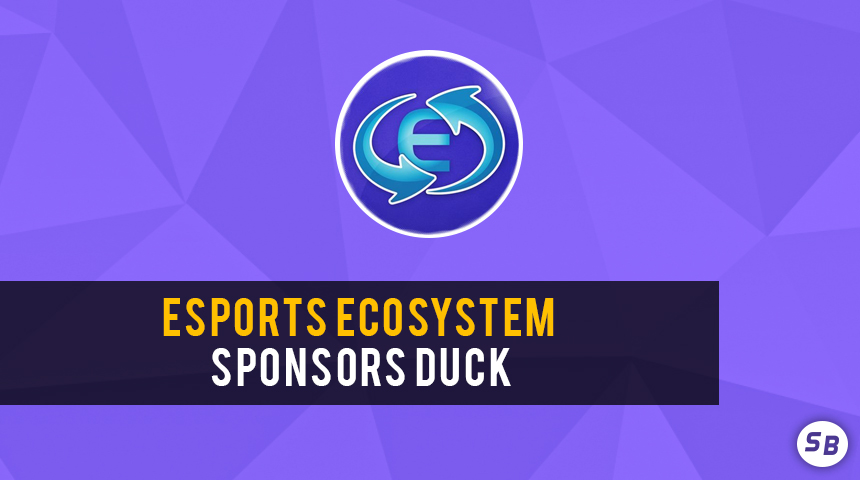 Team ESE is a force to be reckoned with! And we just keep growing and growing! We are proud to announce @ssbDuck as the newest member of #TeamESE! pic.twitter.com/KTlVVx2l8P

The organization Duck is being sponsored by, eSports Ecosystem (or ESE for short), aims to become the most commonly used cryptocurrency for esports and notably has the legendary fighting game player Justin “JWong” Wong as it’s esports advisor. This isn’t Duck’s first time being sponsored either, previously he had been signed by Denial eSports on August 15th, 2016, and then again by another team, Phoenix1 on April 11th 2017, but on May 17th, 2018 he was left unsponsored, until now.

It shouldn’t be a surprise that he’d end up sponsored again so soon though, Duck’s recent tournament results have been strong, they include a 9th placement at Get On My Level 2018, 5th at Combo Breaker 2018, 9th at Smash 'N' Splash 4 and most recently getting 9th at EVO 2018, notably placing above one of Melee’s “Five Gods” in attendance, Jason “Mew2King” Zimmerman who got 13th place. Duck is also currently ranked 20th in the world as of the Summer 2018 Melee Panda Global Rankings and has wins on other top Melee players such as Weston “Westballz” Dennis, Johnny “S2J” Kim, Zachary “SFAT” Cordoni, Justin “Wizzrobe” Hallett and William “Leffen” Hjelte.

Great article, and congrats to Duck.
For the love of all that is good in this world, please tell me ESE are paying Duck in actual money and not in crypto.
Last edited: Aug 29, 2018
You must log in or register to reply here.
Share: Facebook Twitter Reddit WhatsApp Email Link
Top Bottom