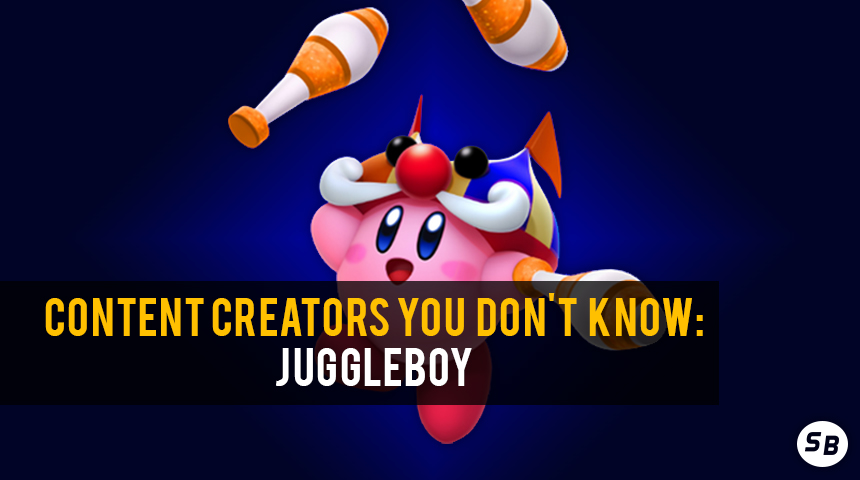 In this “Content Creators You Don’t Know” episode we’ll be joined by Juggleboy! A Kirby main and real life Professional Juggler, Juggleboy has a quickly growing YouTube channel with about 11,000 subscribers.

Q: Thank you so much for doing this interview, Juggleboy!

A: No problem at all, happy to do it!

Q: How long have you been playing Smash and when did you decide to start a YouTube channel?

A: My first impression of smash bros was at a friend's house who had an N64. They showed me Smash Bros, and I was instantly in love. Despite only being 6 years old, that memory is still very strong today! A couple years later, I saved up money to buy a Gamecube so I could play Melee. I became a hard core casual for a long time, before being introduced to the competitive scene around 2010. It was a different friend from my school who claimed he could beat me at Smash (turns out he wasn't wrong at the time, and he would later become power ranked in the state).

My YouTube channel has been around for about 10 years, but was originally a channel to showcase juggling videos. If you look at some of my older videos you can see some of those. Then about a year and a half ago, I switched to doing weekly tutorials on any topic imaginable. Once Ultimate came out, a few of my Ultimate tutorials were doing very well, so I decided to keep uploading those and it sort of just went from there.

A: Originally, I just wanted to create tutorials, but have more recently changed into doing more commentary gameplay, tier lists, and I'm looking to expand into other Nintendo games in the future!

A: I have been a Kirby main from the start! When I first picked up a controller at age 6, despite never playing a Kirby game at the time, I decided to choose that pink puffball. Looking back, I'm surprised I didn't choose Pikachu, as I was (and still am) a large Pokémon fan. I played Kirby through Melee and Brawl. But once I got interested in the competitive scene at the end of Brawl's life, I picked up Diddy Kong. I played him in early Smash 4 as well, before switching to Kirby once I felt that the playstyle fit better for me, and noticed I was actually getting better results with him, and just enjoyed playing Kirby in general. Once Ultimate came out, even though I knew Kirby wasn't great, we had a long history together, so it just felt right.

Q: What do you think is your best video, or the one that newcomers to your channel should watch first?

A: If you are newer to Smash in general, I would recommend you check out my Guide on Getting Started with Smash Bros

If you would just like to see some Kirby highlights, you can check out this video.

However, if you want to check out a juggling video, I recommend this one.

But if you would just like to learn more about Smash Bros in general, you can just take a look through my videos and see if there are any topics you are unfamiliar with!

A: Outside of my channel, I actually work as a juggler! I'm not a clown or anything, but I do perform shows and keep decently busy with that! I do up to an hour long comedy juggling and magic show that I perform, and travel around a lot doing that. However, I do end up with a pretty good amount of free time, which allows me to make videos and play smash!

A: I am someone who wants to enjoy what he does. I actually have a degree in software engineering, but am currently not doing anything with that, as I am staying busy with juggling and my channel. I would love to expand both my channel and also my juggling career in the future, and any support is greatly appreciated!

Q: I saw that your name references your profession as an actual juggler, that's so interesting! Can you tell us a little more about that? What are the craziest things you've ever juggled?

A: I've talked about it a little already, but I've been juggling since I was about 9 years old, and have been doing it professionally for about 10 years. I get booked for a lot of different types of events, whether it’s parties, corporate events, school assemblies, or college shows. I have an upcoming college "tour" if you want to call it that, I currently have 13 colleges that I will be performing at in the upcoming fall/spring. As far as craziest thing I have juggled, outside of knives and torches, nothing too wild. I recently did a commercial where they had me juggling 2 iPhones, a smart thermostat, a PS4 controller and a tablet all at once. I am not sure when it will be airing, but be on the lookout for that!

You can find Juggleboy flipping tier lists on their heads with Kirby on his YouTube channel here.
Last edited: Jun 26, 2019 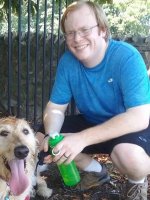 Already a Juggleboy follower!!! Better guides than some of the big-name pros!
I always feel that Kirby has always been underrated as a whole. Is it his personality? Could it be his unorthodox appeals to Smash Bros in general?
I'm subscribed to Juggleboy! I got to know about him by watching his advanced Kirby tutorial video. I was in love and subscribed pronto.
You must log in or register to reply here.
Share: Facebook Twitter Reddit WhatsApp Email Link
Top