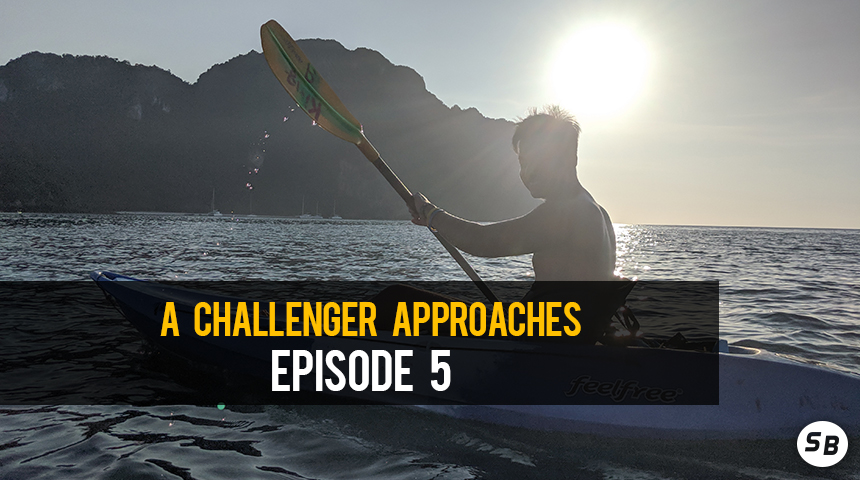 To Preface: If you’re not familiar with my “A Challenger Approaches” series, check out the first episode here. The goal of this series is to meet people and learn their unique stories through challenging them to Super Smash Bros.

The image below is of a man who was detained by the Hong Kong Police. He was soaked in a mixture of pepper spray and water. He was beaten down, sprayed, and detained because he was accused of throwing a water bottle at police. His name is Roy Kwong and he is on the Legislative Council of Hong Kong. In 2016, he was elected to the legislature with one of the highest numbers of popular votes in the election's history. Can you imagine if your local government representative or legislator were treated like this? How exactly did things end up this way in Hong Kong? The short answer: people like Roy Kwong are fighting to preserve democracy in their government. 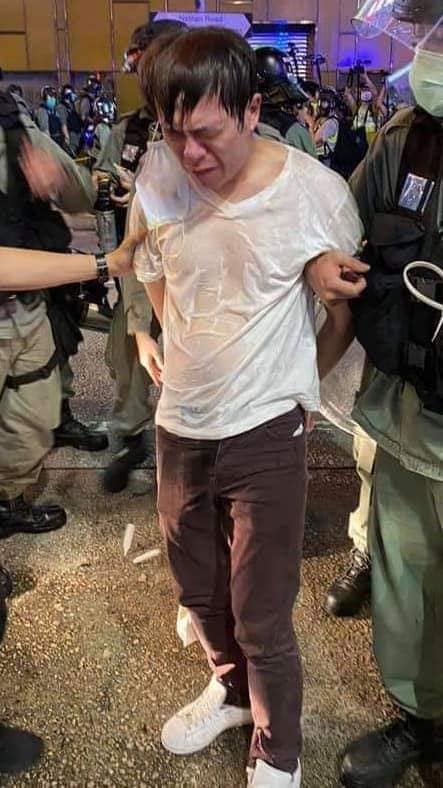 The struggle for control over Hong Kong (HK) has a long history. In 1997, the United Kingdom agreed to “hand over” HK to China. During the exchange, China formally agreed to allow HK to have a separate, democratically-elected government from the rest of China. Many of HK's citizens wanted this because it meant they could elect their own government officials and live very different lives than their counterparts on the mainland. Since then, much of the “democracy” has withered away from Hong Kong’s government and many have informally acknowledged that China has violated the agreement. Even the PRC’s Foreign Ministry Spokesperson has said “the arrangements during the transitional period prescribed in the Sino-British Joint Declaration are now history and of no practical significance.”

As you might imagine, Hong Kongers like Roy Kwong have become vehemently upset over losing their democracy and truly believe that China violated the agreement. In April 2019, the Hong Kong government proposed an extradition bill, which sparked the beginning of the 2019 - 2020 Hong Kong Protests. The protests reached a climax in November and December, which led to events such as a riot police vehicle catching fire after Molotov Cocktails were thrown.

Unfortunately, I didn't get to meet (or play Smash with) Roy Kwong, but as fate would have it, I met someone, who was studying in Hong Kong during the climax of the protests mentioned above. Oddly enough, I met him on a "Long Tail" boat when I visited the tiny island of Koh Phi Phi in Thailand. He is originally from Europe, so I wanted to know how he ended up in Thailand and what his experience in Hong Kong was like. Here’s what "Sinclair" had to say: 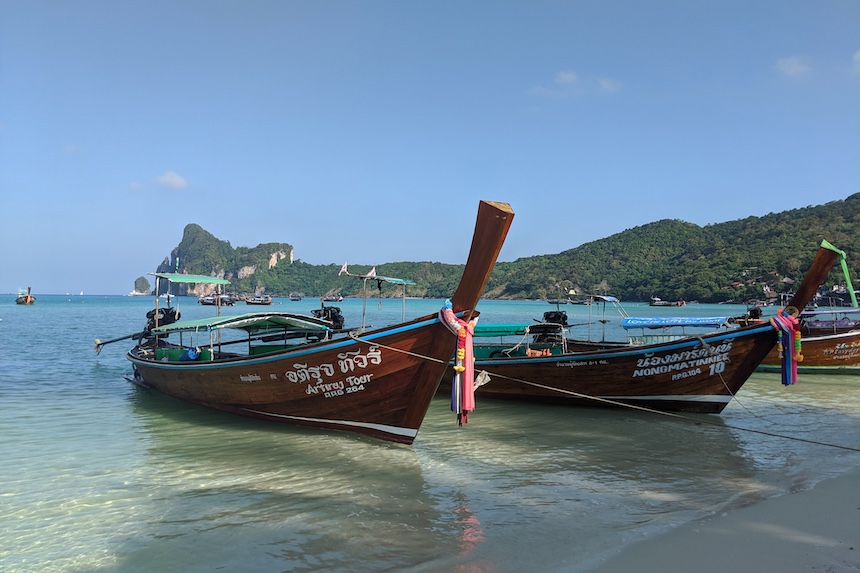 Luke “The Challenger” Hayduk: Thank you for agreeing to an interview. You said you were recently studying Hong Kong. How did you end up in Thailand?

Sinclair: I was an exchange student in Hong Kong, and after the huge protest in November, our University cancelled the rest of our semester and said we had to leave immediately. Most of the students left and went back home, but there were a few of us who wanted to continue the trip and stay in Asia, and I was one of them.

So after that, I began traveling and also finishing up schoolwork. I decided that I wanted to visit as many countries as possible before going back to Europe, and I ended up here in Thailand! 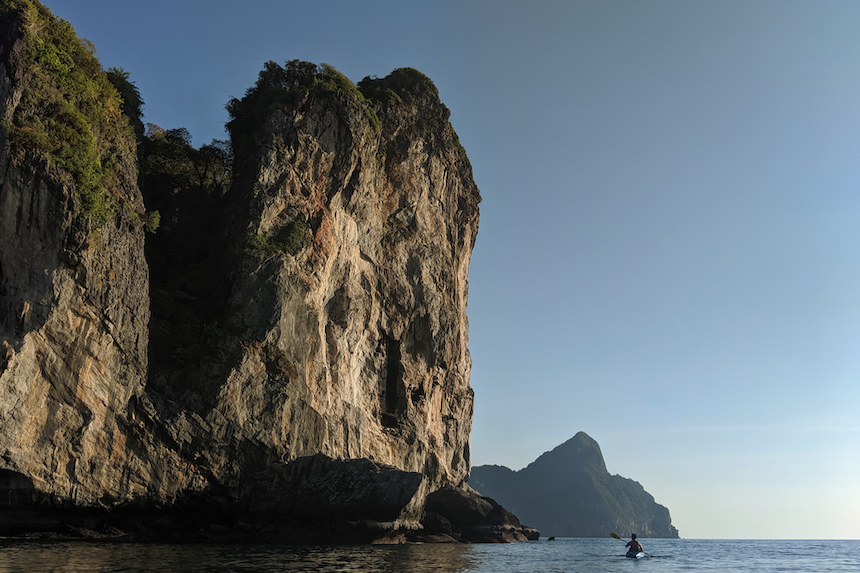 Sinclair paddling next to a massive rock cliff around the northern tip of Koh Phi Phi.

Luke “The Challenger” Hayduk: You’re making the best of the situation at hand. It’s great that you want to visit all these countries, but also terrible that you were forced to leave University because of the Hong Kong protests. Did you participate in any of the protests?

Sinclair: No, I didn't. In the first weeks, I went to the neighborhoods where the protests took place, but I didn't do anything. At the time, the protests were pretty calm, and there were no signs of any upcoming “events,” so I was not worried. 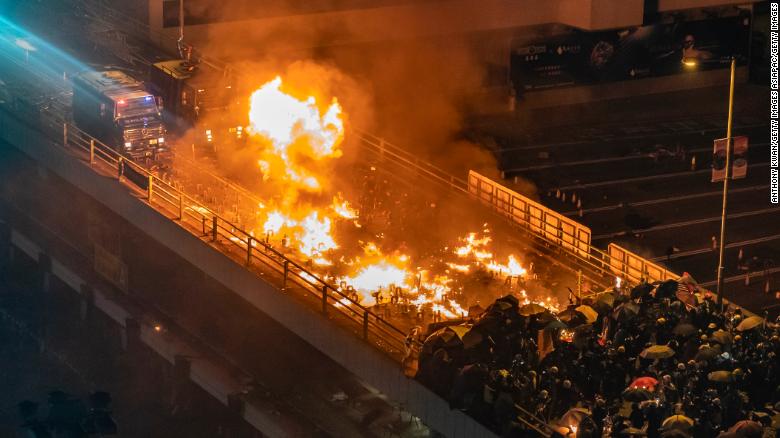 Luke “The Challenger” Hayduk: How did the protests affect your daily life?

Sinclair: Some days the MTR (metro) was closed at 8pm or before, and we didn’t know what to expect or could plan on those days because you couldn’t predict what could happen next. We were frustrated because there’s so much to do and see in Hong Kong.

Other days the Uni could announce that classes were cancelled and everything is closed due to protests. The latest protest before we left happened so fast it wasn’t a surprise for us anymore. When MTR was closed the whole day, we would just hang out in student living spaces. 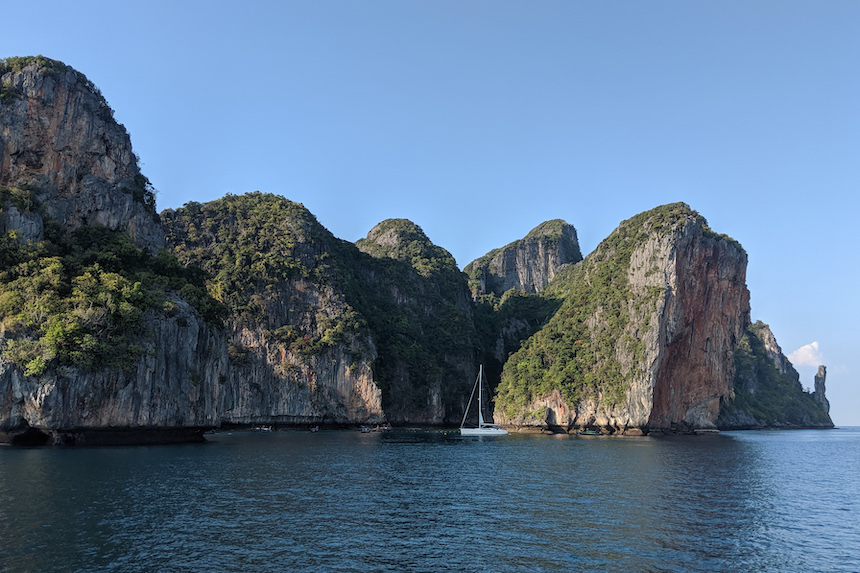 Luke “The Challenger” Hayduk: That’s certainly frustrating for you, but it’s clear how many people in Hong Kong have taken action to fight this injustice. In many cases, Hong Kong protesters are putting their lives in danger in the protests. Were you in danger at any time?

Sinclair: Before the mid-November protests, we were not in danger. But after that, it escalated. In less than four or five days the whole thing turned upside down. After mid-November protests, the Uni gave us an option to stay in a hotel because protesters started creating barricades and blocked off the roads near the Uni. 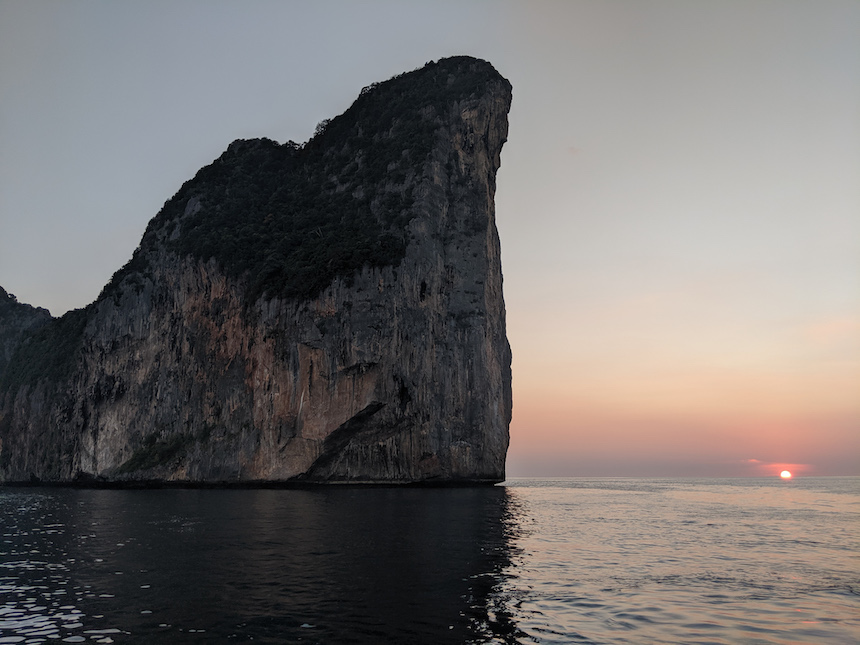 Luke “The Challenger” Hayduk: Did you stay in the University or the hotel?

Sinclair: No, I was actually on a trip in Vietnam, just to get away from the city to travel for a short time. I returned to Hong Kong during those crazy mid-November protests, and once I returned, I had to leave within 24 hrs. I had to leave for my own safety.

Luke “The Challenger” Hayduk: I’m sorry you can't go back. I couldn’t imagine being displaced like that. (I would find out what it was like 3 months later because of COVID-19.) I’m thankful though, because it has led us to meet. Thank you for speaking about your experiences in Hong Kong. I brought my Nintendo Switch with me to Thailand. Wanna play some Super Smash Bros.?

Sinclair I've actually never played it. I’ve heard of it, seen ads, and I've never really got the chance to play.

Luke “The Challenger” Hayduk: I honestly didn’t expect that! How about I teach you how to play and then I challenge you to a match??

Sinclair: Sounds cool. I finally get a chance to play the game, and I'm really excited!

After this, the interview ended, and it was time to play Smash. First, I taught Sinclair the basics of Smash. Then, we played enough games for him to find a character he liked. Sin settled on Pit. I chose good ol’ Ganondorf. Finally, before the match, I suggested that we then adjusted the rules to make the match-up more fair. We agreed to give myself a 150% handicap. Can you imagine how this match went?

In the end, I was bested and lost the match against Sin. Maybe I shouldn’t have underestimated him so much! Although things didn’t go well for me during the match, I enjoyed teaching Sin how to play the game. Additionally I was extremely grateful to have run into someone with a Hong Kong experience to share!

Sin’s experience is just one of many. I recently went over to Reddit’s r/HongKong to learn more about the issues and current events there. Another good resource is the Hong Kong Free Press.

It is extremely important to recognize the importance of the Hong Kong protests and spread awareness of their struggle for true democracy and freedom. Do not forget the sacrifices millions of people have made in Hong Kong before COVID-19 took over the news headlines.

To end the episode on a less serious note, I’m sharing my favorite picture that I took in Thailand and Laos below. 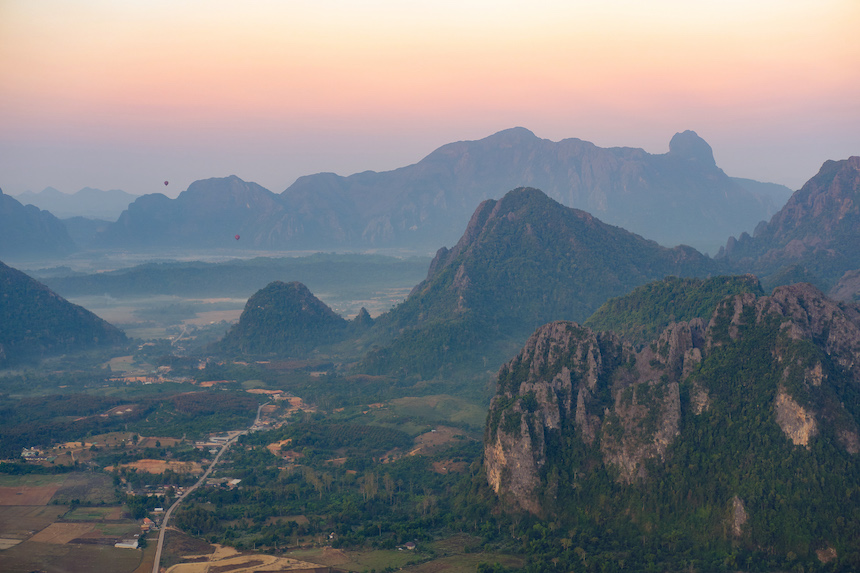 Vang Vieng, Laos as seen from a hot air balloon at dawn.

If that’s not enough, there are more on my Instagram, LukasHaydukas. I hope everyone reading this is at home and healthy in this trying time. Soon, I’ll be able to get on the road again and continue challenging people across America. 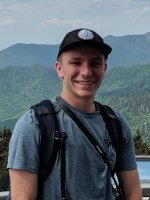 Not even a week after I post this article, and one of the United States' own member of Congress gets pepper sprayed, just like Roy Kwong...

Smashboards! There is a clear comparison to draw between the actions of the HK police and the US police! We cannot stand idly by and let this happen to us!