A case of smash the oddity of Disney 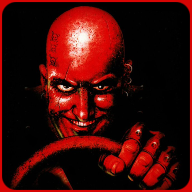 Location
Smash on To Yer Helmet

Being not worthy to be a thread on the Ultimate General Discussion because what I am going to talk here is more speculative than anything and I don't believe that any of my speculation will make it in the game for the simple rules of only "video games character".

So let's begin why Disney is Odd with a capital O it's because despite having Sora for Smash this one is a shared character with Square Enix making him not 100% owned by either compagny. So who choose to represent Disney ?

The only answer is Mickey let's face facts Mickey is the only valuable character that represent Disney as a whole, Mickey is also the mascot of the compagny and the first mascot ever created (I believe I think).

That's why I believe that if the rule is to be broken that will happen with Disney and Mickey first. Because Mickey is too iconic too massive in regard to the History of mascot to let the mouse left behind. Disney = Mickey and Mickey = Disney.

So have you the same belief that if the rule is to be broken that will happen because of Disney ? Or do you have another compagny in mind that can break this rule ? If ever.
You must log in or register to reply here.
Share:
Facebook Twitter Reddit WhatsApp Email Link
Top Bottom