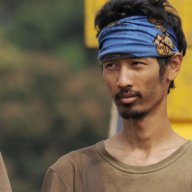 Intro:
As a Pokémon lover Mew2 had immediate appeal, but so as to make him almost irresistible to me, he levitates, fights with purple flames, uses telekinesis and teleports. Bias aside I think he may be one of the swaggiest characters in Melee. Apart from his inane coolness, Mew2 struggles to keep up against Melee's nimbler and brawnier characters. A combination of light weight, slow run speed and large hurtbox (including his massive tail) make him weak to rush down and KOs off the top....
Click to expand...

Read more about this guide...

I gotta preface this with the fact that it's always exciting seeing interest in Mewtwo, as it's rare that people give him the time of day. I very much want to encourage you to keep playing Mewtwo, as I think he's actually quite a good character and people simply fail to realize it. Now to talk about your guide.

That is more of a snippet than a guide. It simply doesn't cover much about Mewtwo, his moveset, his tools, and how they relate to his matchups. I've written in depth recently about SBC (shadowball charge) in which I have written more one that one subject than you have in your guide about Mewtwo. If you want to write a good guide, you have to simply invest more time into it, and it's also good to reach out to other players for information and advice.

An example of a guide I wrote back in 2013 : https://docs.google.com/document/d/1Daf_Dqod1HoMj7L26ITeUM-xKUKhfxh2vJLWOl2N0C8/edit

That guide, while a bit unconventional, is quite thorough and covers a lot of material.

Another thing I'd point out is that I don't think Mewtwo actually struggles that much against the top tiers. He actually can handle them quite well. I might be alone in saying and thinking this now, but I really think that people overestimate Mewtwo's weaknesses and underestimate the versatility of his moveset to deal with his opponents' tools and to hide his own weaknesses. If you are interested I can upload some recent videos of me dismantling good Marth players on netplay to show as examples for how Mewtwo can adapt to a matchup that has long been considered free for Marth.

Thanks for the feedback! As I put in the title its a WIP, essentially just the skeleton of what the guide will look like. Come back in a bit and expect a much more thorough guide.

This guide has been removed and is no longer available.