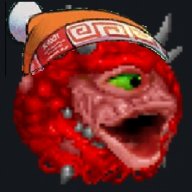 Smash has a lot of fan theories surrounding development, licensing, the inspiration the developers had when making the game, etc.
I'm interested in knowing what theories other people have formulated regarding Smash's development and history.

My personal theory is an extension of the theory that Captain Falcon was given the moveset of the fighter from the early Smash prototype 'Dragon King' -- not only was Falcon given said moveset, but said moveset was also based on Terry Bogard from the Fatal Fury and King of Fighters series. The two movesets have many similarities, including:

It's known that Sakurai was inspired by Fatal Fury when creating Smash Bros (or rather Dragon King, which would later become Smash Bros), so I don't think it's a stretch to claim that there's a connection between Terry Bogard and the original Dragon King fighter.

Also fun to consider -- if this theory is true, that would mean Ganondorf is technically a derivative of Ryu (Ken was a copy of Ryu, the creator of Fatal Fury states Terry was based on Ken, the 'Dragon King' was inspired by Terry, Captain Falcon got 'Dragon King's' moveset, and Ganondorf got Captain Falcons)