Whats up with these pivot up b SDs?

It happened in 4 occasionally, but something is really off in this game. I'm no where near the pivot range of reversing my aerial up b. Yet it happens a lot more frequently than I've ever experienced in any iteration of smash. I can't be the only one? 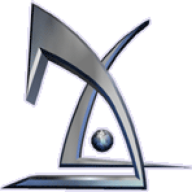 EDIT: Was able to test it just now. I found out that my specific issue was that i didnt know the c stick could be used as a directional input AFTER using it for a special move (with c stick set to special) So theres no bug or other issue. So end of the day i cant say i have your issue and can only guess that maybe you hit the c stick after doing your up b, or you hold a direction with your analog stick right after doing up b when you dont need to.


Ignore everything written below for discussion purposes.
Sometimes the aerial up b, and even the down b, will b reverse or wavebounce for no reason. You can try this with c stick set to special and it (the bug) will be especially glaring. It only happens once or twice and then you can't recreate it right away. Sometimes my thumb ISNT EVEN ON THE ANALOG STICK and I only use the c stick to do up or down special, and it b reverses. Keep in mind that b reversing involves you doing the special, and then flicking the analog stick. So when i'm only using the c stick but not the analog stick....like...wtf?

My assumption is that it may have something to do with buffers in this game IF its not a bug of some sort? I honestly dont know. I'll play around with it tonight trying to show where i find it buggy and report back.

and this may or may not be related, but I have a very difficult time doing a b reverse ASK when DK is moving while facing the opposite direction in this game. Like, it's close to impossible to do it consistently. I've tried all variations of it where he b reverses or wavebounces and its so ****ing difficult.
Last edited: Mar 26, 2019 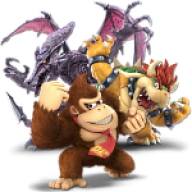 What controllers are you guys using? I have found the black Smash Bros branded controllers to be the culprit. Or at the very least when I started using my old white Gamecube controller it doesn't happen nearly as much.

I've been meaning to test it out with at least 10 of the newer GCN controllers but I haven't seen them in stores in forever.
You must log in or register to reply here.
Share:
Facebook Twitter Reddit WhatsApp Email Link
Top Bottom