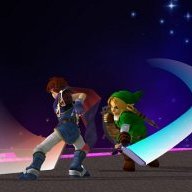 I made a short video talking about an upcoming addition to Magic Melee, Cape Mario. His ground pound has a glitch because of the way his down-b was implemented into Melee. The grounded version of the move does not exist, instead only the aerial version exists, and the grounded version of the move only plays the aerial animation and runs the aerial subaction. Modifying the grounded down-b subaction or changing the grounded down-b animation does not produce any changes whatsoever. If anyone knows how to disable moves similar to DK's aerial down-b, please let me know. I can also provide the cape mario files if anyone wants to see them.