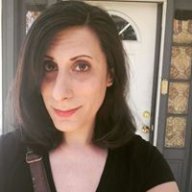 I have my Quickplay preference set to Battlefield, so that's where I play the majority of my online games. Occasionally I'll be matched against a player who spends the majority of the match bouncing from platform to platform very rapidly, typically either while using consistent projectiles ( for instance with boomerangs and bombs), or throwing out what appear to be safe moves with large hitboxes ( I've seen do this once with aerials and that dashy move I think). What are your opinions on how to approach this? I'll typically throw peanuts out at varying heights and try and either go for banana stun or just toss out some aerials, but players who are doing this tactic well seem very tough to hit, very tough to approach safely, and it reduces the banana viability a ton (they'll usually start doing this to adapt to my banana play). This seems to happen pretty rarely but when it does, slows the match to a crawl because I can't figure out how to approach without a large chance of me getting punished.