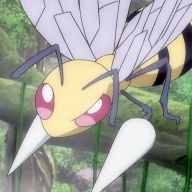 While "The Human" of Undertale goes by two main canon names, they are spoilers, so I'll just refer to this character as "The Human" to avoid potential spoilers.

As many are aware, Undertale is one of the more popular indie games to come out since smash 4's release back in 2014. While this doesn't mean much by itself, Undertale recently was announced for release onto the Switch along with the Game Maker 2 Switch update. Undertale also has received a Japanese release, and has gained quite a large fanbase there.

While this is the case, fans of Undertale in Smash would rather a different character, such as Sans, Papyrus or Toriel. I'm here to say that there is an argument why The Human should be picked instead. The main reason is that you play as the human. Other series in the past have had characters that people would want, only for the player avatars to win Sakurai's choice, the main example being animal crossing.

Another argument towards The Human not being playable is the fact most players consider one of the main "routes" of Undertale requires the player character to not kill anything, as many believe this to be the proper way to play Undertale. I say that none of this matters when designing a moveset and naturally, the moveset should include the elements of the "neutral route".

This route is the route taken when the player sometimes attacks enemies and sometimes spares them. This is most players first routes when they play the game completely blind. It will also give the character designers of smash 4 more to work with, as suddenly the mechanics of the weapons are available as moves as well as anything you do in the game to spare enemies.

While the character has some competition, it also would make some sense to include them over other characters somewhat. Either way, an Undertale character in general is probably really unlikely, so let's keep the discussion civil.​
S

He'd stand out from the other two stripped shirt PK kids, but may seem redundant in that regard. Though you may argue that Wario has an outfit with overalls, but is quite different from Mario and Luigi's.
Characters like Sans do have a more of an impact on the roster, since we never had a skeleton character in the Roster before. I thinking for arguments to why he should be included over the others but not really convinced yet.
Last edited: Mar 20, 2018 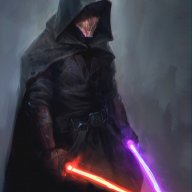 In my personal opinion, I feel that Sans would be the one from Undertale to make it in if any character made it. First off, he could offer the most for a unique character, with his physics and other abilities, while acting all laid back while he does it, kinda like Jigglypuff. He would be this first skeleton member of the roster, and he sorta has become the mascot of the game, more than The Human ever was. He has a much higher fan base than any other character from the game, and could be very interesting if they make him break the fourth wall in the game in any way.
S 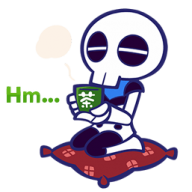 I mean, The Human is possible, but there’s another color I want to see that’s even more spoilery than The Human’s name. Green shirt, brown pants, brown hair, fair skin.
A Chara alt would be better than just having Frisk with Chara’s Colors. 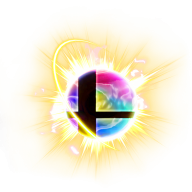 I find it hard to believe there isn't more Undertale presence here, with Sans for Smash and all that.

I'd much prefer them over Sans, but I also feel like Sans has the potential to meme his way in (or more realistically, he's the most recognizable out of anyone from the game)
U

If I supported a character from the game, this would be my top pick. 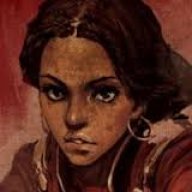 Here to pledge my support for Frisk to join Smash as Undertale's fighter rep! 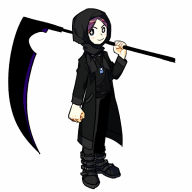 There's a thread for him(her?) already.