"The fighting game community: Old school versus the new generation" - from Fighter101.com 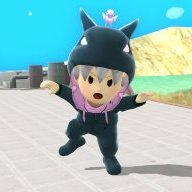 Disclaimer: Copied the title from the Fighter101 website article since I could not come up with a better one.


I found this article yesterday on Shoryuken.com, and felt that this explained the smash bros community very well in regards to how the melee community and probably others, view Smash 4 and to an extent, Brawl. I also thought of the melee documentary and how some players there viewed Brawl in it while reading the article.

This article is also paired with a video, both are the same thing information-wise word for word, except for a few parenthesis where the author puts a note to himself of what to put in the video when he gets to a certain part of his article.

If you have a hard time understanding the guy in the video (like I did) you can read the article instead. Both options are in the link (I ended up playing the video and listening to the audio while reading the article at the same time).

I plan on putting making a copy of this thread for the melee, brawl, project m, and 64 forums but I don't know if it will be marked as spam. I really want to throw this in the general discussion and video/media forums for all the game but I really think that will be marked as spam.
I also thought of trying to get in touch with a smashboards member to see if they could make their own article about and put it on the front page so many can see it.

My goal is to get the 64, melee, brawl and project m players to move on to smash 4 despite the game is missing many advanced tech elements they love.

Kind of unrelated, but for a while Street Fighter 5 players have been going through a similar issue where new players to the scene have beaten the best of the best and I have read articles on Shoryuken.com and watched a few interviews where the top players criticize Capcom and Street Fighter 5 for that.

Some players even say they do not like Street Fighter 5 but they only play it for the money. Some players do not like that strategies implemented by top players can be reproduced in a short amount of practice time by new players. For example, in the grand finals of EVO 2017, Tokido won the last game using a strategy that blew the minds of the Street Fighter 5 community and they got so hype.

Afterwards some players would go on to say that even though what Tokido did was specatacular and highly technical, he was only able to do it through Akuma, one of the few characters in the game that allows "creativity" (word used by the author of the Shoryuken article I linked below).

For me, I read creativity as advanced techniques that players discover and use on stage in the presence of many fans that make them go crazy while also making their opponent clueless for a moment.

Here's the shoryuken article that I read and got my information from. 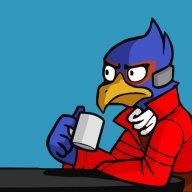 NINTENDO Galaxy said:
Some players even say they do not like Street Fighter 5 but they only play it for the money. Some players do not like that strategies implemented by top players can be reproduced in a short amount of practice time by new players.
Click to expand...

This is why people like me wont move on. I love the demanding technicality of Melee and PM. I love having a community where people don't just play for the money. People compete to be the best and then show off their winnings, like how Mang0 at evo threw his medal into the crowd. He loves the game and the people in the community.

We still get new tech discovered and have people like AMSA doing their own things with lower tiered characters. We have the TAS players optimising BTT and improving by single frames.