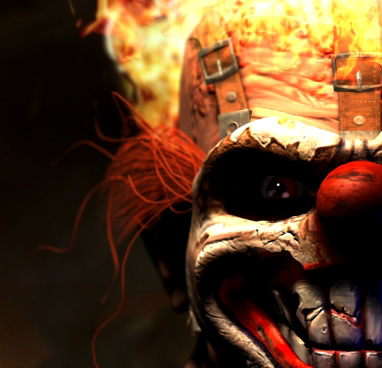 Sweet Tooth, real name Marcus "Needles" Kane, is a fictional character from the Twisted Metal video game series. Sweet Tooth is designed around the premise of a killer clown that drives a combat ice cream truck, and his face has been featured on the cover of every Twisted Metal game to date, making him the series mascot. While being in every title of the series, he has not always been immediately available, requiring to be unlocked in some. He is the only character (besides Marcus Kane), to drive more than one vehicle in any of the games, being the driver of Head-On's Dark Tooth, Tower Tooth, and as of Twisted Metal: Lost, Gold Tooth.

Twisted Metal is a series of vehicular combat video games published by Sony Computer Entertainment, and developed by various companies. The series has appeared on PlayStation consoles, the PlayStation 2, PlayStation Portable, PlayStation 3. As of October 31, 2000 the series has sold 5 million copies. Seven of the games (including Twisted Metal: Black Online) were re-released as part of the Sony Greatest Hits program. The original game and its first sequel were also released on PC.

In concept, Twisted Metal is a demolition derby that permits the usage of ballisticprojectiles, machine guns, mines, and other types of weapons (up to and including satellite-based weapons and nuclear weapons). Players choose a vehicle, and an arena—or a series of arenas in the story mode—to engage in battle with opposing drivers. A variety of weapons and upgrades are obtainable by pick-ups scattered throughout the stage. The last driver alive is the winner.

Twisted Metal has yet to make an appearance on any Nintendo system. 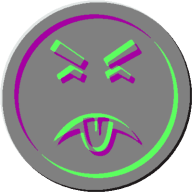 Fully support this— The character is great, a “killer clown” on the roster would be excellent, and I irrationally love the idea of Sakurai gradually absorbing aspects of Playstation All-Stars into Smash (Final Smash meter is one, Heihachi and Raiden are probably next).
You must log in or register to reply here.
Share: Facebook Twitter Reddit WhatsApp Email Link
Top Bottom