I've done some testing regarding spawn points with the original intent to test Sudden Death, and here's what I've found.

The result of a tie in Sudden Death is completely random, unlike in melee where the lowest numbered player always won. Every possible pattern we could discern was refuted, and the odds seemed completely uniform. Furthermore, spawn positions are re-randomized for Sudden Death and not reused from the start of the fight.

Spawn positions in general always use the same two spawn positions on a map. Which player numbers are used is completely irrelevant to this; it's always the same two. In a three player game, the third position added is always the same one. Team settings have no impact on spawn locations. In Mario Bros., the stage I used for all testing, the primary two spawn positions are on the second level sides, and the third position is on the third level on the left side of the middle platform (the irrelevant fourth position is on the right side of the same platform).

I don't know if people find this sort of thing interesting, but I probed the spawn locations of a few other maps as well. I should note that 1 and 2 seem to always be symmetric while 3 and 4 seem to be the "less fair" positions (which calls into question the use of spectating judges in online matches). I could pretty easily complete this list, but I have a feeling that fairly few, if any, players would use this information to consider ideal first few seconds of the match strategies, and I'd prefer not to waste time like that.

Luigi's Mansion: ground floor, under upper pillars, 3rd - right of the upper left pillar, 4th - left of the upper right pillar 3 and 4 start facing the pillars even; it's like they want your first action to be to attack one of them.

I hope people find this information interesting and somewhat useful even if it does cover some of the game's more obscure mechanics.
Ø

Location
Probably in front of his Wii

Actually, i don't know where he is getting this, but it's not random. 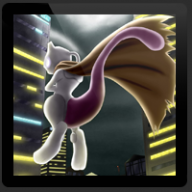 theblowmonkeys3 said:
Actually, i don't know where he is getting this, but it's not random.

I honestly don't know if it is random or not, but I love it when people post a claim without any kind of information to back it up. I'm sure he is "getting this" from the testing he has done, so rather then make a useless post you could explain why you believe it is not.

The exact test I did was Fox vs Fox on Mario Bros. with 1 stock. I paused after the start of the match, held the respective direction toward the edge, and unpaused. This always created Sudden Death as the two primary spawn positions on Mario Bros. are exactly equidistant from the blast zone. I then repeated during Sudden Death, and the winner was random. The lower numbered and higher numbered player won on equal numbers of trials, and it was in no pattern. It was proven to be independent of spawn side in both Sudden Death and the beginning of the match, including relative changes (for instance, starting where either 1p or 2p did during the standard match in Sudden Death was a non-factor). Character costume was proven to not matter. If that's not random, then I don't know what it is.

Also, I think it's better random than with the melee system as, in melee, first player would have won all ten trials I did which gave him a slight advantage. I hear he still has a slight advantage in a few obscure priority questions, but at least this and the randomized spawn positions did a lot toward making the game absolutely equal in opportunity for all four player slots.
You must log in or register to reply here.
Share:
Facebook Twitter Reddit WhatsApp Email Link
Top Bottom