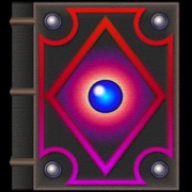 What is Zero Escape?
Zero Escape is a trilogy of mindbending story-focused games (Nine Hours, Nine Persons, Nine Doors; Virtue's Last Reward; and Zero Time Dilemma) that between Novel sections (dialogue-based scenes in the style of a visual novel), and Escape sections (point-and-click puzzle rooms that require the player's brainpower to escape). In terms of movie genres rather than game genres, they're psychological thriller mysteries.

In each game, nine people wake up in an unfamiliar location with a bracelet on their left wrist. There, that game's mastermind - who always uses the alias "Zero" - forces them to play a life-or-death game to escape. While the specific rules of the game they play vary depending on the installment, it is never an empty threat - thanks to the game's heavy use of a branching story structure, both you and every other character will know that life-or-death means life-or-death.

Speaking of the game's branching story structure, that's one of its defining elements. Each game in the series is built around returning to earlier points in the story to make different decisions that will cause a different story to unfold. Later games in the series take this even further, introducing "locks" on various routes that can only be bypassed through information learned on other routes.

I'm sure that you're curious how that works in-universe, though. Well, we're getting into spoiler territory here, but let me tell you about the morphogenetic field. Effectively, it's a field not visible to the human eye through which certain people, known as "espers", can transmit information. They can even send information through time, allowing them to transmit their consciousness between timelines. This actually isn't something Zero Escape made up: it was actually a real theory by Rupert Sheldrake.

Zero Escape in general has a lot of elements inspired by elements of pseudoscience, conspiracy theories, mathematics, game theory, and probability. This shows up in some of the elements of each death game in the series.

In 999, he's a fairly typical college student. Like the other participants, he is abducted by Zero and taken to Building Q, a replica of the Gigantic, the sister ship to the Titanic. The ship is flooding and will sink in nine hours, so he and the other participants must play the "Nonary Game" and work together to find the door that leads out: a door that bears the number "9". While he has no connection to most of the other participants, one (Akane Kurashiki) is his childhood friend that he hasn't seen in a long time. Akane is actually Zero, and has arranged this Nonary Game because of another Nonary Game that took place nine years earlier, where a group of nine children in Building Q had to telekinetically send the solution to puzzles to their siblings in the Gigantic. Akane was a participant, but due to a mix-up, was without a partner. So, nine years later, she arranged a second Nonary Game to get Junpei to morphogenetically transmit the information to her in the first Nonary Game. At the end of the game, she drives off and Junpei pursues, but doesn't catch her.

Virtue's Last Reward takes place 45 years later. While many of the other participants have been cryogenically frozen for that time, Junpei wasn't, and thus is an old man. To hide his identity, he goes by his surname, Tenmyouji. In those 45 years, there's been a catastrophic outbreak of a lethal virus called Radical-6, and the world has become an apocalyptic wasteland. Junpei works as a scrap salvager, and has adopted a grandson named Quark.

In ZTD, he makes another appearance as one of the participants in the Decision Game, a death game held at the site of a psychological test regarding cohabitation on Mars. He's actually become an underground detective since 999. He joined the test because he found out Akane would be there, and he had been trying to track her down for the past year. He's considerably gloomier in this game. You can tell because he isn't wearing a flannel shirt, white hoodie, and bright blue jacket simultaneously like he was in 999.

Why Zero Escape?
Well, it's always had a close tie to Nintendo systems - especially compared to fellow Spike Chunsoft death game visual novel series Danganronpa. 999's twist of the top screen being Junpei's perspective from 2027 and the bottom screen being Akane's perspective from 2018 was specifically designed around the DS' features, and every game since has been available on Nintendo consoles.

It would also serve as representation for visual novels. In particular, I think it'd be cool to see part of the wave of DS mystery visual-novels-slash-adventure-games (Ghost Trick, Time Hollow, 999, Professor Layton, Ace Attorney) get something in Smash Bros.

Okay, but what would Junpei even do?
By now, I think it's proven that a Smash moveset can be made for basically any character, even ones that don't necessarily fight. So while there isn't a lot of "fighting" in Zero Escape (though there is a fair amount of murder), I don't think that presents an obstacle.

His normal attacks could be basic but clumsy punches and kicks, or possibly some items from the puzzles throughout the series. Junpei's not exactly a fighter, per se. In this way, he's a little similar to some more common visual novel characters people campaign for like Phoenix Wright or Ayumi Tachibana.

Junpei does present a unique opportunity for a style of animation, however. Pretty much every character in Smash wants to be in a fight, but the Zero Escape series tends to be a desperate rush for survival. Animating him with that in mind - constantly moving faster than he can keep his footing and attacks that are just desperate attempts to get the opponent away - would result in a fun animation set that would still match Zero Escape's fairly grounded vibe.

Of course, the special moves are where it gets interesting. The core of Zero Escape is doing something, getting information, going back and doing something different, and using that information to win. In other words, SHIFTing. I have to admit, that's a tough concept to represent, but if you figured out a good way to it could lead to an extremely interesting and unique fighter.

For other move concepts, you could take inspiration from the mechanics of the death games of Zero Escape. One could be the AB Game, a version of the Prisoner's Dilemma seen in Virtue's Last Reward. Two people vote either ally or betray. If both vote ally, they both gain something. If both vote betray, nothing happens. If one votes ally and the other votes betray, one gains more than they would if they allied and the other loses something. It would require work to balance it so your opponent wouldn't always just pick Betray, but if done right this could be an interesting mindgame to play with opponents, especially in free-for-alls. Oh, and if you don't vote, you vote Ally automatically, so push comes to shove it could always be a "press B now or take damage" attack.

Another move concept - which might be a little too much complexity in one character depending on how crazy the SHIFT mechanic ends up being - could be based on the idea of digital roots present in 999. A digital root is all the digits in a number summed together, and then all the digits in that sum are summed together, and so on and so forth until you reach a single-digit number. This move could use the digits in your percentage meter, and could be sort of like a non-random version of Judge. You could use a different puzzle item for each digital root from 1 to 9. 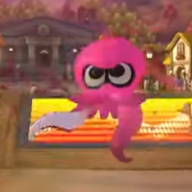 even if we don't get a playable character, I'd like some form of recognition like a spirit event, or even a premium mii with music, ZE music too gud 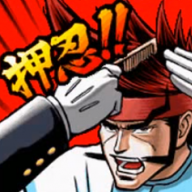