Sage of the Earth Temple: Medli 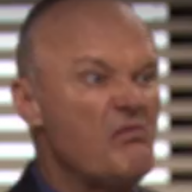 Location
Light will guide you

Hello Welcome to the Medli support thread
Who is Medli?

Medli is a Rito sage in The Windwaker. You first meet her on Dragon Roost island, and she later helps Link out on two various occasions, you could even play as her in the Earth Temple, she was a important part in the story to help restoring the Master Sword.

Why Medli, and what can she offer that other character can't?

Okay for one, she would be the first character from the Zelda series that doesn't represent a part of the Triforce, she is also apart of the Rito tribe as mentioned before, her design is very unique, and she was one of the more memorable characters from The Windwaker (In my opinion). They could even base her model off of toon link's as they have the same proportions.
She has a variety of things she can do with her move set, from utilizing the grappling hook she gave Link in the early game, she can use her wings for various things such as wind attacks, which would be another nice thing to nicely represent The Windwaker, She has a harp which can make for some very interesting attacks, she can also use her harp to reflect light at opponents.

Now while I don't have a fleshed out moveset for her yet, I have provided some ideas up above.

Now the cons, for one not many people will recognize this character, unless they're a fan of The Legend of Zelda series, and not even everybody would even care for her.
She's only appeared in one mainline Zelda title(That was remade in 2013) and she has appeared in all three of the Hyrule warriors games

Now I really don't think she will ever get in a Smash game, but I made this because she is my favorite Zelda character.
Thank you for reading.

Location
Light will guide you

Oops didn't mean to post two, My internet is acting like garbage today, sorry mods who see this.
S

I beat the remaster of Wind Waker HD back when I had my Wii U. Medli is definitely in my top 3 Zelda Characters for Smash. I support! 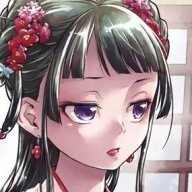