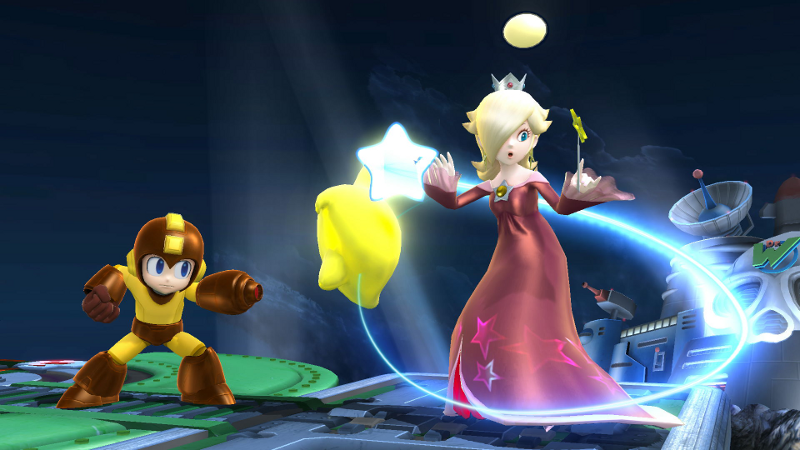 Welcome to the brand new Rosalina Match-Up Analysis directory thread. This directory will be serving as the successor of the old match-up analysis thread, which was used for the round 1 match-up discussions.

With the competitive scene continuing to grow, it became time for me to have to redo the match-up discussions, but with one major change to go with it. Now, we'll be analyzing Rosalina's match-ups with and without the custom specials.

There are also some big rule changes that will take place, so be sure to remember the following information.

Rules
Primary Guidelines
Match-Up Scoring
Unlike with the round 1 discussions, round 2 will not be using a ratio system. It'll instead use a more simplified scoring system, which consists of the following...
Also, when giving a score to a match-up, you can alternate between giving a number value, or just saying that Rosalina has an advantage or disadvantage. For an example, "small advantage" would equal +1.

In terms of getting an average score, at the end of each week on the schedule, I'll add up all the score inputs, and then divide them by the number of users who made a score input. The average will then be rounded to the nearest integer, unless the tenths value of the decimal reads .5 (Ex.: +0.5).

However, unlike with round 1, in round 2, all score inputs will be split between the following categories...
When making a score input, it'll be very important that you mention if customizations are used or not. You can also make two score inputs; one for each category.

On an additional note, if users do make ratio inputs, they will be converted into the new scoring format; for example, 60:40 would be converted into +1, assuming that the score is under Rosalina's perspective.

Discussion Periods
Each character will be given his/her own discussion thread, and as many as four characters will be discussed in a single week. This thread will be linked to those individual threads as well, and vice versa.

On an additional note, unlike with round 1, round 2 will include the DLC characters, such as Mewtwo and Lucas. Also, there won't be a time limit for the round 2 match-up discussions, so all match-up discussion threads will stay open, regardless of whether or not the characters have top priority.

Character List
The following displays the profile icons for all the playable characters. Click on a character's icon to go to his/her discussion thread (if it exists).

​
Match-Up Tables
The tables below will display Rosalina's average score against each fighter. The scores are split between "Default only" and "Default + Custom".

The tables will be updated once per week.

Important Postings
The following contains links to major posts that users can get to at a faster rate.