It has been 9 years since I submitted my original turnip guide to this forum. It's time to upgrade it so it is ready to help Peach players in the Platinum Age of Smash.

Just a quick explanation on how I plan on making this work. A text based only guide just won't cut it and there will be Youtube videos available for all content new and old. However I want to use Peach players as a resource to fine tune the details before completing a video, so if you are keen to help out in any way, just message me.

Whenever I search for exactly how much damage a turnip does I get answers that are inconsistent. When I tried testing for myself, the damage seemed to change all the time making it hard to predict. I think I now have it solved:

Use this formula if you are interested on calculating Knockback for turnips.

Notes: The Base Knockback and Knockback growth values are the same for all turnips, including Stitchface.
Step 1. Add Bonus damage from face
Wink: +2%
Dot eyes: +10%
Stitchface: +28%

Notes: Not the usual numbers we are used to seeing, this is the first step to truly understanding how this move works.

* Target is directly hit after turnip is thrown, this will explained in more detail shortly.

Notes: Melee includes decimals when it adds up percent but hides the decimal value (no rounding, 70.9% shows as 70% in game).
Interestingly there appears to be no damage difference between the Normal and Smash versions of the Aerial Down and Up throws. In fact the Aerial down throw seems to be exactly the same in all aspects of damage, projectile speed, frames etc

Notes: The initial values (0.25% and 0.15%) are at point blank range, maximum range is about 3/4 the length of FD. I have yet to work out how the damage scales with distance. If anyone could solve this one that'd be great.
This also explains the added power that comes with a turnip snipe off stage, with all the damage bonuses it is like being hit by a Wink.

Now with all this you can work out exactly how much a turnip will do and how far the knockback will be.

And now to tie up some loose ends:

When a turnip is thrown up, it gains its initial percent bonus, then shortly after loses 1% at a time until it reaches it apex. When the apex is reached it will have lost 6% damage in total.
For example if a regular turnip is thrown Up Normal Grounded it gains 1% bonus damage making it hit point blank at 7%, it drops to 6%,5%,4%.. as it climbs until the apex where it has lost 6% in total and now deals 1%.
As another example a Stitchface thrown in the same manner starts at 35% point blank and goes down to 29% at the apex.

On the descent, the 6% damage that was lost returns at the same rate restoring the turnip's strength. In the example above, the regular turnip and the Stitchface will do 7% and 35% respectively on the descent as it reaches the height it was thrown from.

Z drop turnips:
Z drop turnips still use the same Base Knockback and Knockback Growth but don't receive any other type bonuses. They simply start at 1% damage and gain up to 6% damage as they fall for a max damage of 7%. Special turnip bonus damage is completely ignored.

I guess the next step will be to see if the Beam Sword, Bob-omb and Mr Saturn behave in a similar way, my guess is they do. 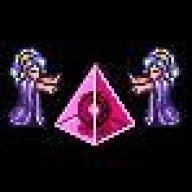 Location
Inside a cheesecake

This was amazing, informative, and relatively easy to understand.

I had a question about this part however:

An Amazing Person
Step 3. Add damage based on distance thrown

So if a forward grounded smash happens, and the max damage increase is when the turnip hits at its max range, because percents are truncated to whole numbers, I'm wondering what the 2.0% distance would be for these throws. If the max range is 3/4 of FD, what sort of length do you imagine for a 2.0% percent throw?

Also just to clarify, if the range bonus granted a 1.9% bonus, it would treat that as a simple 1% bonus instead, right?

TimeSmash said:
This was amazing, informative, and relatively easy to understand.

I had a question about this part however:

So if a forward grounded smash happens, and the max damage increase is when the turnip hits at its max range, because percents are truncated to whole numbers, I'm wondering what the 2.0% distance would be for these throws. If the max range is 3/4 of FD, what sort of length do you imagine for a 2.0% percent throw?

Also just to clarify, if the range bonus granted a 1.9% bonus, it would treat that as a simple 1% bonus instead, right?
Click to expand...

I'm not sure I fully understand your question but hopefully this helps:
Think of the bonus damage from distance as a sliding scale that starts with point blank range turnip and ends in 3/4 length of FD turnip. The bonus damage increases as the turnip travels and is capped at the max value, so if the turnip travels more than the length of 3/4 FD it will still only get the max damage of 2.7% or 2% depending on the type of throw.

I don't know how it scales unfortunately, its hard to work that out.
A Smash thrown turnip point blank does 8%, it does 9% at around the distance of throwing a turnip from one Battlefield platform to an opponent standing on the opposite side, and 10% at 3/4 FD length and beyond.

The game remembers your percent with the decimal value but the decimal is obviously hidden. The game does not round off and forget decimal damage.

Truncate was probably a poor choice of words as it implies the information is cut off and forgotten, I'll edit it out

Location
Inside a cheesecake

Yeah sorry, it's hard to word. Maybe I should rephrase, but the info you provided definitely helps.

So let's say I'm on somewhere like FD and forward throw a turnip. The max distance is achieved and hits the person, which would result in a 2.7% damage increase.

So in the above scenario, it would actually add the full 2.7% then? I think I'm confusing the range bonus rules with the throw bonus rules if that makes sense haha.

As a side note, it is really interesting that a forward smash throw has a range bonus cap of 2% while the normal and aerial throws have a bonus of 2.7%. But thanks for answering everything regardless, let me know if I have it right this time haha!

This is part of what puzzled me about how the damage was working, I was wondering how an 8% turnip suddenly seemed to do 9% on the following hit.

I also found the fact that the normal and aerial throw got a bigger damage bonus interesting as well. I was also surprised to discover that smash throwing in the air did nothing for damage too.
Last edited: Apr 27, 2015 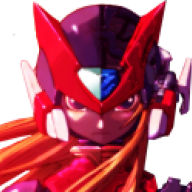 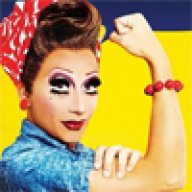 Are the KB and KB growth values for stitch / dot / winky the same as a normal turnip?

Vestboy_Myst said:
Are the KB and KB growth values for stitch / dot / winky the same as a normal turnip?
Click to expand... 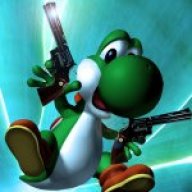