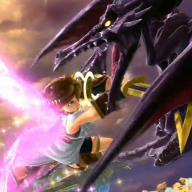 Joker snapped half the Pit mains away.

inb4 Joker snapped out nobody, and we realize we just had very few Pits anyways (so he left us alone)

no Pits here
A

Dumb question how do u dthrow to dair lol? I always do it and either spike them, go too short, etc. I guess it has to be a spaced full hop. Input for that is surprisingly weird, I suppose I need to hold jump and slam c stick down 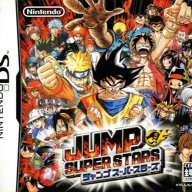 TMNTSSB4 said:
Sad Angel Hours
Click to expand...
I'm still here. I may not have the game yet, but I'm still here. And I'm pretty sure I'll main Pit when the game is in my hands. I love the character a lot and his all-rounder moveset with a whiff punish playstyle just fits me well.

Courageous Baka said:
I'm still here. I may not have the game yet, but I'm still here. And I'm pretty sure I'll main Pit when the game is in my hands. I love the character a lot and his all-rounder moveset with a whiff punish playstyle just fits me well.
Click to expand...
You pure creature

Small nitpick that only deals with casual play, but I wish that Pit's Final Smash was still the Three Sacred Treasures. I can tell that they're just a huge part of Pit's legacy even if I've never played the first two Kid Icarus games. If they had to completely change it, just make Pit hop in the Great Sacred Treasure and shoot a gigantic mega laser like he did to kill Hades at the end of KI:U.

Nah I'd rather 360 no scope people with a chariot.
A

PIT GOT BUFFS (and my boi Ridley too) yeeees acknowledgement

All right now Pit is a fair and balanced character.
A

Vistra31 said:
All right now Pit is a fair and balanced character.
Click to expand...
You think the buffs are good?

AndrewtheAmericanDude said:
You think the buffs are good?
Click to expand...
As long as he doesn't get nerfed later.

Have there been any other Pit players on stream at EVO besides BNB and Bored Man? 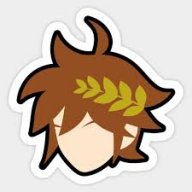 AndrewtheAmericanDude said:
Dumb question how do u dthrow to dair lol? I always do it and either spike them, go too short, etc. I guess it has to be a spaced full hop. Input for that is surprisingly weird, I suppose I need to hold jump and slam c stick down
Click to expand...
Just hold jump for a full hop and throw dair right after the jump while holding forward. Don't use the c-stick to dair if you jump with X or Y (Unless you're trying to claw grip ...)
Last edited: Aug 5, 2019

Can someone explain why Pit gains health from standing in them piss hotsprings?

AndrewtheAmericanDude said:
Yo I'd like opinions on edgeguarding please. So I'm trying to jump out there cuz I'm Pit and especially after all the Leffen talks I cant not. I need to be more consistent at my low recovery punishes I keep screwing that up. Anyway, sometimes I feel like the arrow as an edgeguard tool is irrelevant against long recoveries like K Rool, Robin, Inkling, etc. but the other day I saw a video of a Pit gimping an Inkling using entirely arrows by hitting him like 6 times in a row and I was really surprised.

So my question to u is when do u think it's most optimal to jump out there and when should u stick to spamming arrows? Ike recovery seems often best handled by arrows. A friend of mine has suggested handling all mid and high recoveries with arrows and low recoveries by jumping out there. What do u think? Is there more to it than that?
Click to expand...
I would really say that it's case-by-case.

I apologize if this is superfluous

In some matchups, some might argue that you should ONLY use arrows or ONLY go offstage to edgeguard. The problem with that, is that the GAME is all about imposing your will on your opponent. Achieving this requires the ability to react, adapt, condition, and apply mixups on your opponent, WHILE maintaining unpredictability. Simply put: Its optimal to mixup your ledge and offstage pressure to generate advantage situations where you can win a stock.

Pit's offstage presence is really strong, so capitalize when you can. Arrows are awesome, but its important to offstage aerial when it can net you a bigger advantage vs an arrow. Generally, I like to pressure opponents who are far offstage with arrows. If they don't have a double jump and they have a slow/ exploitable recovery (Villager, K Rool, Ness, etc.), arrows will **** them super hard. Honestly, any character stuck offstage without a double jump is ARROW FOOD. In that situation, just git gud with arrows and try to recognize when they've lost their jump. Arrows can be a strong offensive offstage pressure against ALL characters is the right situations.

Similarly, Pit is basically Jigglypuff with a sword, so USE it! If you know where your opponent is drifting, or when your opponent will double jump or up-b, sometimes, the best option is to go for a deep fair/bair/nair/dair. Generally, I like to use aerials closer to stage for character that are recovering diagonal and up to ledge. If I see the opportunity, I'll go for a dropzone fair or nair (less commital). If I KNOW I can make a correct read, I'll go for a deep bair or dair (these are usually more commital and precise). Another option is to use your jumps to wait on their recovery, then react with an aerial. Whether you like it or not Leffen is a REALLY intelligent smash player. I think that one of the biggest takeaway from his edgeduarding stream is how he talks about the PSYCHOLOGY of edgeguarding. For example, he says that people don't edgeguard enough, and that its important to at least make them THINK that you're going offstage to edgeguard them. Super true. Don't be stupid about it and lose your stage advantage.

The best thing about Pit's offstage game is that you can be really versatile about how you play it, especially with the control you have over his projectile
Its not about whether you should arrow or go offstage, its about using the right tool for the right job, with the most optimal "job" being applying precise mixed pressure to condition and punish them, requiring a mixture of multiple "tools"

I like to throw arrows HARD when they're far offstage, then play aggressively offstage when they're closer. Of course, I try to mixup that routine by throwing arrows, faking a dropzone aerial and retreating to my stage position to try and ledge trap my opponent. If an opponent is recovering high, my agressive options are typically up air, or up-angled arrows. My defensive option is waiting for a bad landing option and going for dash attack, up smash, or grab. Sometimes I'll play the ledge trap game to condition them to wait on ledge, at which point, I start going to ledge trump bair.

While its optimal to mixup your offstage pressure, I think that generally, the best thing to do is to weigh the opportunity cost of firing an arrow vs approaching with an aerial, based on the character matchup, risk, reward, and difficulty/viability.

IMO Arrows are one of the best projectiles in the GAME. Not only can you use them to bait out options and see what your opponents reactions and tendencies are (as others in the thread have mentioned), but you can also control space with them. With arrows, Pit has the most control of the space above him (AKA high recoveries) by using up-fired arrows, with additional angles via curving his regular side-fired arrows. With his arrows, Pit has relatively less control over the space below him ( low recoveries), since he can't angle his arrows directly down (although now that I thinkwould be ****ing sickkkk), the only way he can shoot arrows down is by curving regular side-fired arrows. This represents an extra skill cap, because its harder, but it can be done and you can get good at it. The skill ceiling for using Pit's arrow optimally is really high.

You mentioned that arrows are good for Ike's recovery (side-b and drifting I assume). This is true, and its better that going for an aerial (since you'll just get hit), but down-b is also a viable option to counter his side-b. Little things like that, AKA your options and their options, are important to consider.

I.E. I'll fire arrows and go for an EZ dropzone nair against Ganon, because:

Say I'm playing against Zelda. What's the point of going out for an aerial when she can cover her recovery by setting a phantom, down-b'ing for intangibility, or use her teleport recovery to get back safely, effectively swapping the advantage state when you're out offstage. SIKE, I'd rather:

A) Play campy, hold stage position at ledge or neutral, and throw safe arrows.
B) Fake an offstage play and try to bait them into up-b'ing high/onto stage and punishing it hard
C) idk try to ledge trap if anything.

So a big part of your offstage plan should come from the matchup, and whether you need to be more aggressive with aerials, more campy with arrows, or play more of the ledge trap game.

My friend the skill cap for arrows is arguably smaller than you think. Timing yeah, especially if you want to charge one, but spacing no because you can b-reverse without tech skill and you can imagine the arrow moving as you move your joystick. Curving twice yeah that's hard but it doesn't really matter in the long run and focus on moving arrows later rather than sooner.

Vistra31 said:
Can someone explain why Pit gains health from standing in them piss hotsprings?
Click to expand...
Uhhh.... sacred buns?

After all this time, buffer full hop from dthrow into dair into nair is so hard for me. People tell me it's simple but it seems harder than some of the sf combos I had to learn (granted it was only sfv) 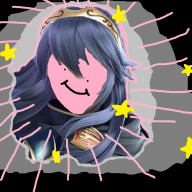 PF9 said:
It's been 10 years since Brawl all but resurrected the Kid Icarus franchise.

So, I think the KI games could all work as movies. They would be filmed primarily in Greece.

My ideal cast for the first movie would be:

Tom Holland as Pit
Kelly Clarkson as Palutena (she'll need some convincing)
Beyonce as Medusa
Click to expand...
BOY
If you think KI could work as anything other than an anime, you are freakin' insane!

I never learned how to read
A

How do u guardian orbitar Chrom's up b without getting spiked?

AndrewtheAmericanDude said:
How do u guardian orbitar Chrom's up b without getting spiked?
Click to expand...
by holding the shields up the entire time...no matter what...like with 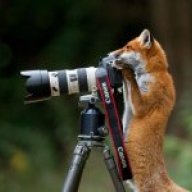 DavemanCozy said:
When this ARMS character is released, can a Pit main please team up with them in Doubles?

You can call your team ArmPit for short.
Click to expand... 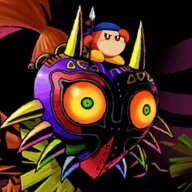