Magus said:
I don't think I ever posted the details of how resets actually work.

If you are hit by an attack that does less than 7.00% while in the DownBound (bounce when you 1st hit the ground without teching) or DownWait (after the bounce when laying on the ground) actions you go into the DownDamage action during the knockback. This animation is 13 frames long (probably for all characters but I'm not positive).


If DownDamage ends while in the air you change actions to Fall (also canceling out any remaining hitstun you may have had), and you can jump/do whatever out of it or simply land on your feet if you touch the ground. This is very apparent on things like using a stale raptor boost or stale shine with Falco on a downed character, since the KB is powerful enough to send them far but is still able to do less than 7 dmg. They go flying upwards while in the fall animation and without hitstun.

A/S/DI upwards will help you get higher from the knockback and can be used to keep you in the air long enough for the animation to complete before landing and escape a reset. For whatever reason, you are allowed to A/S/DI non-tumble KBs with angles 0° or lower normally while in DownDamage. You normally can't A/SDI vertically or use any form of trajectory DI on them when on the ground.


If DownDamage ends while on the ground, however, you change actions to DownWait if you were still in hitstun or directly into DownStand if you were not. The former is what I would call an Option Tap Reset, and the latter an Optionless Tap Reset. If you are in DownWait you are forced to get up when hitstun ends, but you are also able to interrupt the animation with either a getup stand/roll/attack at any time before then.

For example, Fox's shine, Falco's laser, and Peach's jab 1 all have no knockback growth. The shine's KB is strong enough to stun all characters for 13+ frames, and so a reset will always be an OTR on all characters. The laser causes 12 or less stun on all characters and so the reset is always an OLTR. The jab causes 13+ stun for everyone that is Falco's weight or lighter and is an OTR on them, but 12 or less on everyone heavier and is an OLTR on those characters. For ones with KBG, Sheik's jab 1 and needles are an OLTR until they're around 40 or so depending on weight, and Jiggs' jab 1 is an OLTR until near 100 (really stupid).
tldr:

-The reset attack needs to do less than 7.00% damage
-They need to be back touching the ground after 13 frames of knockback. Because of this, A/S/DIing upwards will help you to escape a reset
-If hitstun is 12 frames or less they are forced into a stand getup only. If the stun is 13+ they have the option of standing, rolling, or attacking as their forced getup
Click to expand...

Jab Reset
Jab can be used to tap reset any character at any percentage due to its fixed KB. The characters with a weight greater than Pika/Falco's (not including them) will be forced into an optionless tap reset (OLTR). These characters are:

Single-Hit Dair Reset
Single hit dair will OLTR every character up until the following percents. Above these it will trigger a normal tap reset. It is worth noting that because of its large startup, it cannot be done reliably on reaction like a jab reset (these percents are BEFORE the dair adds 3%)

Zdrop Reset
Due to turnips high base KB and growth, it will always cause 14 frames of hitstun and therefore can never OLTR an opponent. It can however tap reset them normally. All turnips do 1% and have the same properties once zdropped so it does not matter which face it has. This is with point-blank zdrop in mind, since damage increases with the distance it travels. 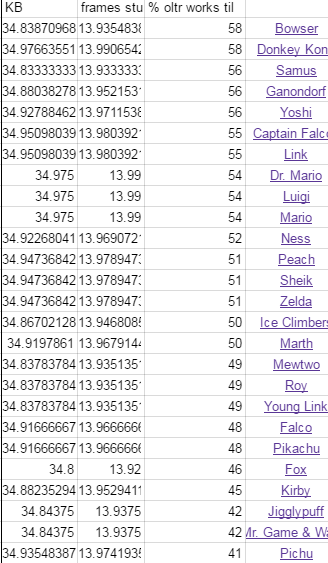 Jab knockback and frames of stun (applies to all percents) 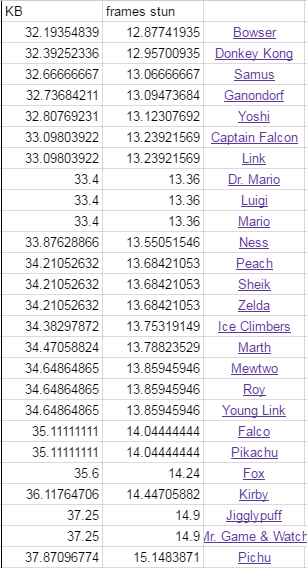 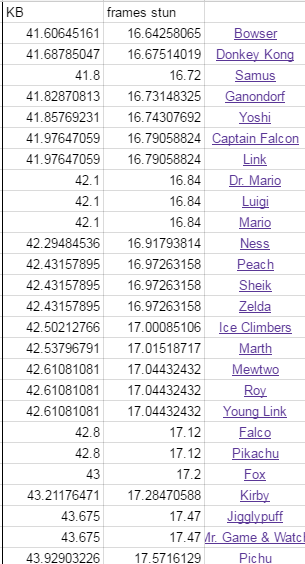 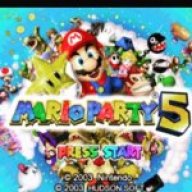