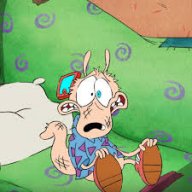 What's up fellow smashers my name is Ozma a resident Chicago Captain Falcon main. My experience with the Cap'n is I mained him in melee and followed to 20GX movement and found local success but consider myself a very smart theoretical player. I've found that many players have found Falcon to different and passed him off as low-tier and not viable. I too was apart of this group when I first played Ultimate and thought the high speed racing bounty hunter sucked total Hax balls and we were in a Brawl-esc depression. Upon further labbing and inspection I've found this Falcon to one of the most versatile and potent Falcon we have ever seen and has so much crazy potential.

Nu 20GX (Hey it's the best name I could come up with) will be a Falcon community where we further the meta with our favorite character and show everyone just how good Falcon is.
Our goal is lab the character and optimize him to beat this Meta, discussions on match-ups, optimal punishes, movement and spacing for character specific micro-interactions, Out of Shield frame data and options, Optimizing his insane foxtrot and many others!

Discord link: https://discord.gg/4KBfNvu (work in progress but is currently up)
Falcon mains of all skill levels are welcome!
Together we will optimize and conquer!
Last edited: Jan 24, 2019
You must log in or register to reply here.
Share: Facebook Twitter Reddit WhatsApp Email Link
Top Bottom