My Changelog for Zelda 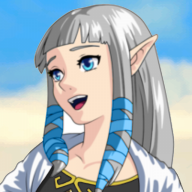 I've labbed this character out more than most, and have even discovered two advanced techniques for the character that you can check out in this very subthread (Phantom Displacement and Phantom Phasing)! I have produced two montages of her and have taken Samsora to two stocks and 150% (unfortunately he left right after I started punishing turnip pull with Farore's LOL). This is what I believe the character needs: