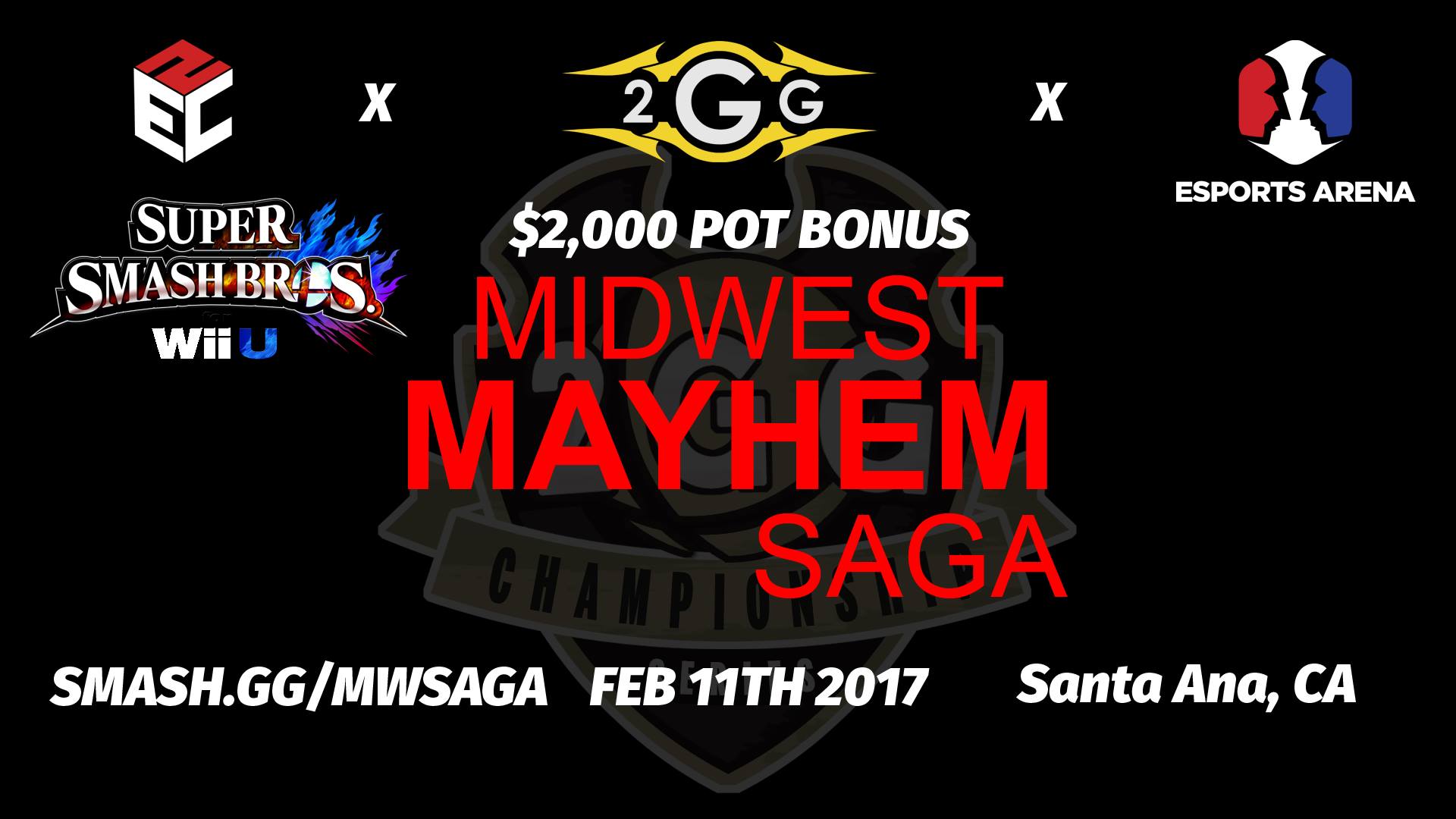 Image via 2GGaming​
This weekend, the next qualifier for the 2GG Championship Series will unfold. Taking place at the eSports Arena in Santa Ana, California on Saturday, February 11th, Midwest Mayhem Saga brings previous Midwest Mayhem winners to SoCal, including Wesley “6WX” Alexander, Julian "Zinoto" Carrington, Nicholas "Ned" Dovel and Corey “False” Shin, to face off against some of the best Super Smash Bros. for Wii U players on the West Coast.

Boasting an impressive attendance roster, ranging from TSM’s Gonzalo “ZeRo” Barrios to Misfits’ Larry “Larry Lurr” Holland as well as many other fan favorites, Midwest Mayhem Saga will see over 330 competitors clash in Smash Wii U Singles and Doubles. The showrunners at eSports Arena have also contributed $2000 to the pot, so expect to see all of the players come out swinging.

Only a few short weeks after Genesis 4, many of the top competitors at Midwest Mayhem Saga are out to reassert themselves as the best of the best. In particular, ZeRo, who made an impressive losers run at Genesis 4 only to be defeated by Elliot “Ally” Carroza-Oyarce in the Losers Finals set, has a strong chance at winning his second consecutive 2GGC Saga.

2GGC: Midwest Mayhem Saga will be streamed on the following Twitch channels: 2GGaming and FADGames. The schedule for the event is as follows (all times PST): 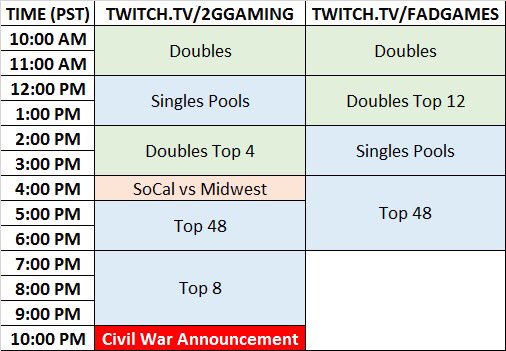 For more information on Midwest Mayhem Saga and the 2GGC, click here. 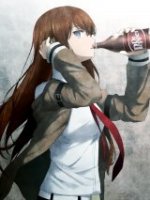