Request Make Mewtwo’s Side B an actual good reflector 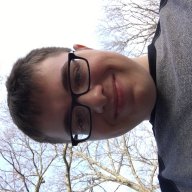 During MagicScrumpy’s Making MewTwo viable video, he buffed his Side B to come out a little faster, which is ok I guess, even though the opponent can kind of still act out of it. But it’s still great for doing the glitch where MewTwo sends his opponents below the stage while he’s falling, and reflecting projectiles sooner. The main problem Scrumpy seemed to have forgotten was that the Side B doesn’t do its reflecting job right, and doesn’t switch ownership of the projectile. My request is to have someone fix Mewtwo’s side B to reflect correctly, and have the projectile switch ownership to Mewtwo, so his opponent can actually get hit when their projectile is reflected, for example, Mario’s Fireball, that would be a great tool to add to Viable Mewtwo’s kit.
You must log in or register to reply here.
Share:
Facebook Twitter Reddit WhatsApp Email Link
Top Bottom