For a guy that spends a lot of his time plowing through Koopa Troopas, Luigi seems to have a very hard time against opponents who like to turtle up. Seems like none of his moves are safe on shield, except fireball at range, and that's really easy to clank or otherwise avoid. He doesn't seem to have any effective way to shield pressure, either. A charged Green Missile puts a nice dent in shields, but the cooldown is atrocious and charging it is so telegraphed anyway that anyone with a brain will hop over it and punish, or just out-prioritize it with a disjointed attack. Even the shield-damage of an FJP is disappointing.

As far as I can tell, Luigi's options against someone who wants to stay in one spot and shield everything are minimal. You can grab, of course, but as soon as they realize that's what you have to do, they start spot-dodging and then you get into a little reaction-time game, which isn't something I like to take my chances on if I can avoid it.

Sometimes you can throw out safe attacks as a feint to trigger a reaction from the opponent, which you can then intercept (Luigi is sooooo good at intercepting attacks). But really stubborn turtles will wait for you to do something committal before they act.

You can also get hit by some things intentionally, in the hopes of nair-ing out of the followup, then use that as a window for starting one of Luigi's delicious strings. But I don't like to get hit, let alone on purpose.

Am I missing something? Anyone have any thoughts? 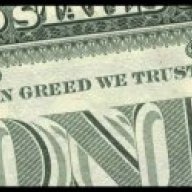 Honestly, you answered some of your questions yourself in the post. In the past Luigi never won the neutral game and he still does not. Luigi will need mix-ups to win and end the neutral game as quick as possible, just like most characters. Very few characters benefit from camping and waiting for an attack. The better characters in this game so far are the aggressors and ones who can zone you out. All I can really say is its going to take mix ups and the more you have the better, don't become to predictable. In most match-ups we don't win the neutral game but, so far few characters actually want to play the neutral game longer than they have too.

Luigi can apply heavy pressure now and that will be our best bet. Run up roll, bait bad options, condition your opponent, thats how we win against turtles. 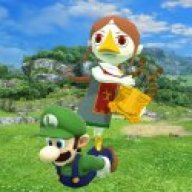 One of Luigi's advantages since Melee is that he's slippery. It's also been called a disadvantage, but whatever.
Luigi's awkward movement is unpredictable. I can usually get people out of their shield by making them think they are going to punish me when I'm just faking them out. Luigi has some options for faking out people and his movement has good options too (probably with some unexplored options with crouch-sliding). 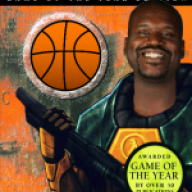 You just need to rely on those grabs man. His grab follow up game is amazing so it's worth trying. If they start picking up on your grab attempts and start spot dodging then bait the spot dodge and punish accordingly. A whiffed spot dodge can equal a super jump punch. Just study their habits when you try different things and you'll find your opening.
J

So I found out about this shield frame data today, it won't let me post the link because my post count is too low, but it's here on Smashboards. Basically NOT hitting a raised shield is better, because shield-stun cancels the normal shield-lowering animation, and is usually shorter.

And this changes everything. Hopping in empty just out of grab reach will leave people in a position where, if they don't whiff-grab on reflex, they must either dodge (yay free cyclone), jump, or commit to the full shield animation to do a standing attack. Gonna have to practice up on exploiting this, but I feel like this is fantastic news.
You must log in or register to reply here.
Share:
Facebook Twitter Reddit WhatsApp Email Link
Top Bottom