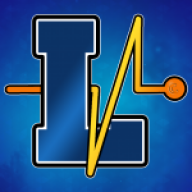 STREAMED AND HOSTED BY:
TWITCH.TV/LIVINGSTUDIOS

DETAILS AT BOTTOM OF PAGE ON VENUE DISCOUNT WITH A FULL SETUP!
​
Schedule:

11:30pm - Registration opens / Friendlies (Registration for each event closes ~20 min prior to the event)

Food Locations:
Across from the venue is a Burger King, which is the most convenient food location from here. Additionally, on the main road (Emmet Street) from which you turn into the venue plaza there is a Cookout within driving distance. Barracks shopping center is also along this road, but further, and contains many food options including McDonalds, Panera Bread, Chipotle, and more!

- 4 stock
- 8 minute timer
- Items are set to "off" and "none"
- If the timer runs out, the victor is determined first by stock and then by percentage. If there is a tie, see the tiebreaker section to follow.
- Controller ports will be decided by players. If there is a conflict, we prefer using the G&W Hammer method to determine who gets to choose.
- You may switch controller ports on your counterpick only.
- BYOC (Bring your own controller). I recommend having a spare, just in case. If you don't have one, I might have a few for sale.
- Any controller malfunction mid match is on you. If you need to reset, your opponent will have to agree to a reset as doing so will require you to pause the match. (if pause is on).
- Stalling is banned. You know what this is, ask if you're unsure.
- If you freeze the game on an action initiated by your character, you lose the game. You are expected to know the boundaries of your character. (This rarely, if ever, happens.)
- Pause is recommended to be turned on for quick resets, but players can request it be turned off for the duration of their match.
- If a player pauses the match mid game (accidentally or intentionally), it is a stock loss to the player who pressed it (unless for valid interruption at T.O's discretion).
- A match ending in simultaneous death does not go to the initiator. If the result is sudden death from this, use the normal tiebreaking rules (to follow) to determine the winner. Otherwise use who the game declared the winner.
- Coaching mid-match is banned. Don't do it.
- You cannot re-select a stage you have won on as a counterpick (Melee Only)
- Any and all infinites (basically, where someone can control the opponent without them being able to do anything about it) must end at 300%, otherwise it becomes stalling. All infinites are entirely legal otherwise.
- ALL sets are best 2 of 3 games, INCLUDING the finals.
- In the event of a game running to time, the winner is determined first by stocks, then % if the stocks are tied.
- LGL Rule: ALL games have a ledge grab limit of 50. This only comes into play if a match goes to time. If the match goes to time, and one of the players have exceeded the LGL, than the other player automatically wins regardless of the original outcome. If neither player or both players have, then normal tie breaking procedures take precedence.

Note: Tiebreaking is only initiated if the game started a sudden death round upon completion. Otherwise, who the game declared winner is the winner of the match.

1. Winner is determined by highest stock count then lowest percent.
2. Verify neither player violated the LGL rule (if the match went to time)
3. 1 stock, 3 minute match is played as a tiebreaker match. The winner of this match wins the game. If there is a tie in this match, proceed to step 4. The LGL is modified for this match to 20.
4. A second 1 stock, no time limit match is played. If a simultaneous death is initiated (such as swallocide) in this match, the initiator loses the match. There is no tie for this match, it is play until you win.

- No intrusive Cosmetic hacks permitted (no altering characters to look like master chief, no reversing the ice climbers colors, etc.)
- Drugs/Alcohol are banned from this event. Don't let me see any, smell any, etc. We'll send you home packing.
- Intentionally disrupting someone mid-match intentionally or accidentally is not acceptable. Please do your best to make sure you are not disrupting a match. This can result in a penalty at T.O.'s discretion.
- Don't lose anything you're bringing to the event please, we are not liable for lost/stolen etc.
- TTL Rule: You must register for the event in person, on-time. Once the registration deadline is closed, no further entries will be permitted. Do not try to call me in advance to hold the bracket.
- Collusion of any kind (asking, intentionally throwing matches yourself, "agreeing to split", etc.) is subject to instant disqualification from all events, forfeiture of all prizes, banning of said players from stream matches and a potential 1 event suspension at the T.O's discretion.

- Stage Clause: You cannot counterpick a stage that has already
been played on in the set.

- Stage Bans: During the stage ban phase, the player who won the
previous game may ban 2 stages from either the Starter of
Counterpick lists.

- Bowser Jr’s Clown Car Glitch: If the Bowser Jr.’s Clown Car Glitch
happens, players are to pause the match and call a TO or a referee
over to confirm the glitch has happened. Once confirmed, players
will reset the match to the same stocks and get as close to the
percents as they had when the Glitch took place. (The Bowser Jr.
Clown Car Glitch happens when the car respawns after using Up B
right before the player loses their stock. The character starts to
teleport around, also hit boxes and animations for Bowser Jr.
change.)