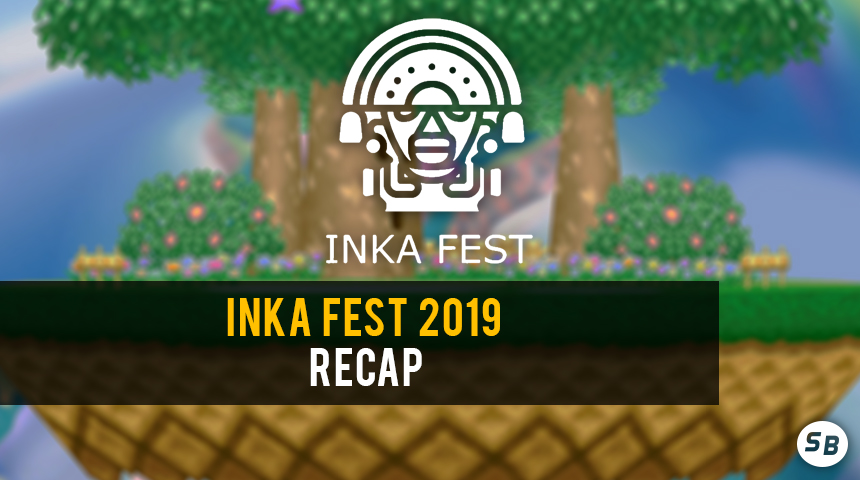 It’s been a tourney-packed weekend in the FGC. Notable headliners have been Melee and Ultimate at Low Tier City 7, alongside various ranking events in Street Fighter V, Tekken 7, and KOF XIV. There was one event in particular, notable for withstanding the test of time: Inka Fest 2019 in Tacna, Perú. Tacna is known for three things: the independence movement, la Semana de Tacna, and of course, Smash 64.

Tacna is home to Alvin "Alvin" Leon, the Peruvian #1 and world #2 according to the most recent Smash 64 League ranking. Alvin has taken 1st at notable tournaments like GENESIS 4 and Let’s Go!, with 2nd place finishes at Shine 2017, GENESIS 5, and Super Smash Con 2018. The heavy favorite to win, Inka Fest was also anticipated due to the diverse attendance of local (and unseen) talent within Latin America. Finally, they would face off against the heavy hitters from the USA and Japan.

​
Alvin remained undefeated throughout a pool play filled with upsets. He shut down the breakout performances of Chilean player Nax and compatriot Gohan in top 8 to find himself in grand finals. Winner's side grand finals, his familiar throne in none other than his home country, truly el rey de 64.

Team Envy’s recent signing Wizzrobe added another historic run to his resumé, this time on loser’s side. After a shocking loss to Peruvian powerhouse (and Alvin’s doubles partner) StradoN in pools, Wizzrobe tore through the bracket. He beat Prince, the Japanese Yoshi, ranked 13th worldwide, and followed with the runback against StradoN, both sets 3-1. With swift momentum, Wizzrobe swept his idol Isai in loser's semis and Gohan in a dominant loser's finals, both 3-0. Now, the only person ahead of him was the favorite and hometown hero: Alvin.

Wizzrobe reset the grand finals bracket in a grueling game 5, last stock situation against Alvin’s Pikachu. In the bracket reset, Alvin counterpicked Captain Falcon after losing the first game, to turn the momentum around and win game 2. Wizzrobe, unfazed, adapted to take game 3, forcing Alvin back to his tried-and-true Pikachu. Alvin, no stranger to the big stage (or cold, outdoor desert, in this case), regained his footing to take game 4.

Grand finals took a full 10 games. The community was gifted with some of the best 64 play to date, but only one person would come out on top. Wizzrobe conquered it all amidst high tension with an insane 23% to death combo. With the win, he added another major 64 tourney to his belt, and is the first invader to take a tournament on Peruvian soil.

Isai () and Wizzrobe () won doubles ZPK over Gerson ( ) and Tito ( ). ZPK means "Zero Pikachu Kirby," as in, Pikachu and Kirby banned from use. Tavomono.Pe () and Gohan () won standard doubles over Ubb () and Yugi () after losing set 1 of grand finals.

To keep up with the 64 scene, be sure to check out the SSB64 Twitch Channel, the 64 Story Twitter, and the Smash 64 Community Facebook Group. Remember that the scene is alive and well, with new hidden bosses popping up every tournament. You can find the next major 64 event at Super Smash Con 2019 on August 9th!