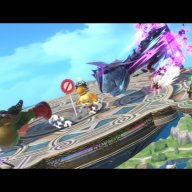 BuffKirby said:
The punching bag will rise to be a boxer.
Click to expand...
Was this on purpose? Since y'know, most people consider Little Mac to be the worst. If so, really clever word play.
D

#42
Call_Me_Red said:
Was this on purpose? Since y'know, most people consider Little Mac to be the worst. If so, really clever word play.
Click to expand...
No this wasn’t on purpose. Tier lists are just unreliable and I won’t ever see one that would be widely agreed upon. Matchup charts are the same deal.
As for the boxing metaphor, I simply have a knack of using such phrases.

I made a few graphs on this subject just now.

Take a look at this information:
https://docs.google.com/spreadsheet...hcz7Tza8MqyZU9gZVJIa25T2qo/edit#gid=379900698

It contains a monthly breakdown on each character's tier ranking, on a scale between 0 and 5. The tier rankings are a combination of many top player tier lists, gathered into one place and averaged together.

Now that there are twelve data points (I removed the 13th column for "Today" since it's still October, I can display a full year of how each character has evolved on the tier list over time.

Here are the results, broken down by character tier placement today:

Notice that the characters have settled quite a bit since the first few months of release. There are still several characters moving around and shifting between the tiers, especially in the B tier. They're definitely getting less volatile, but perhaps some shifts will continue to be observed. Balance patches can always change things too, especially if Nintendo decides to get more aggressive with the fighter changes. probably dropped from A to B due to the big nerfs they got, which is very visible on the graph. 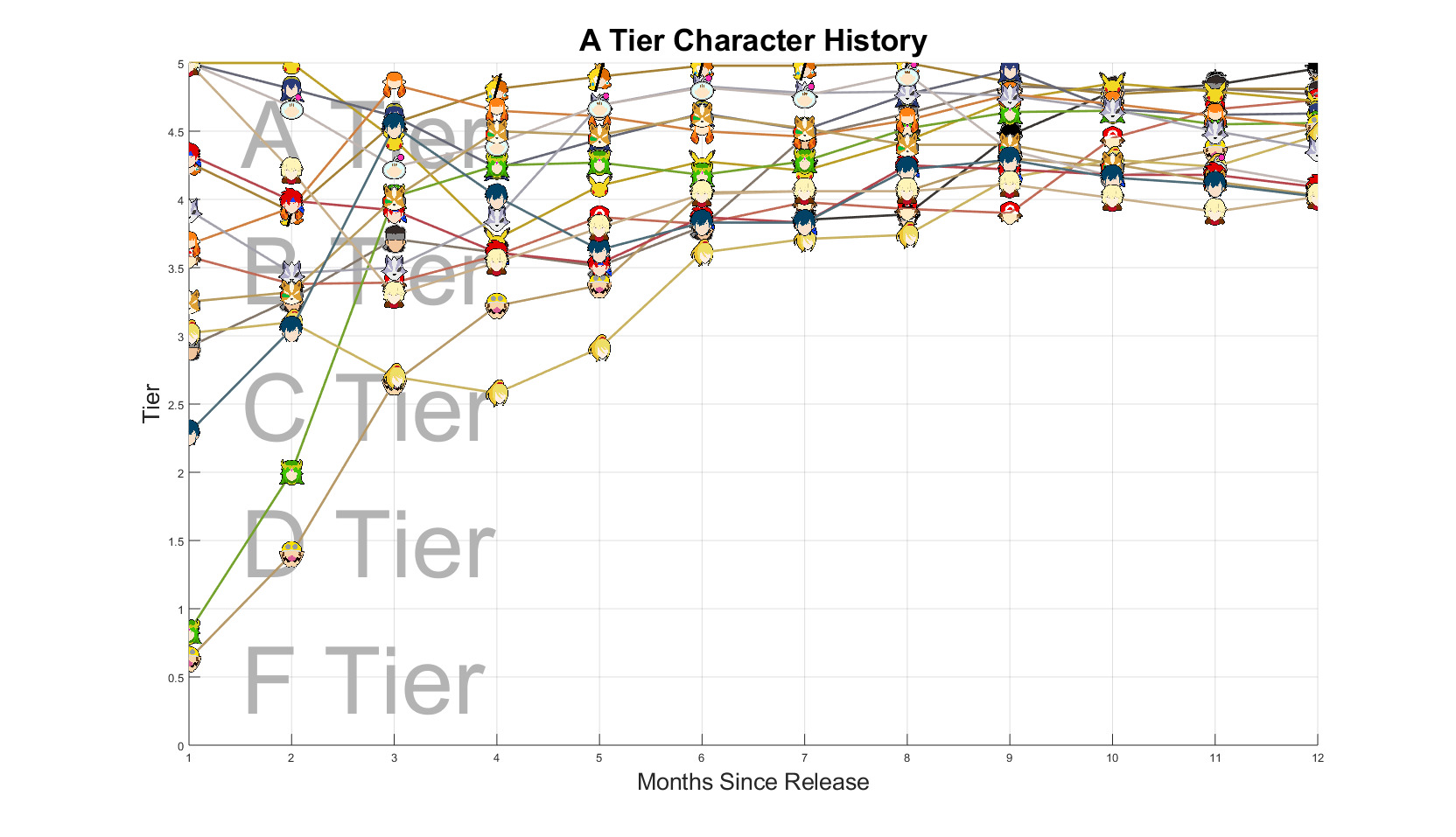 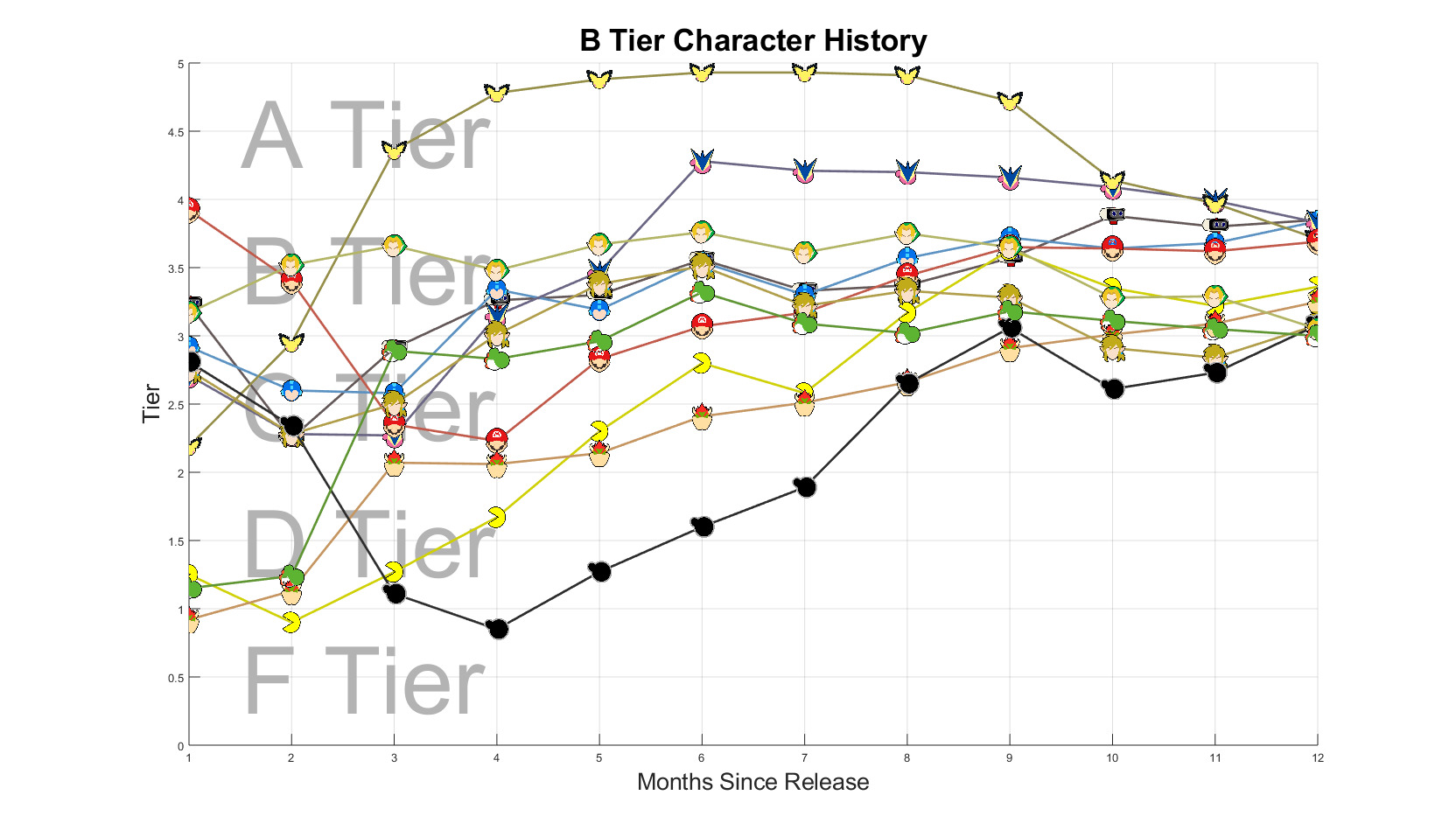 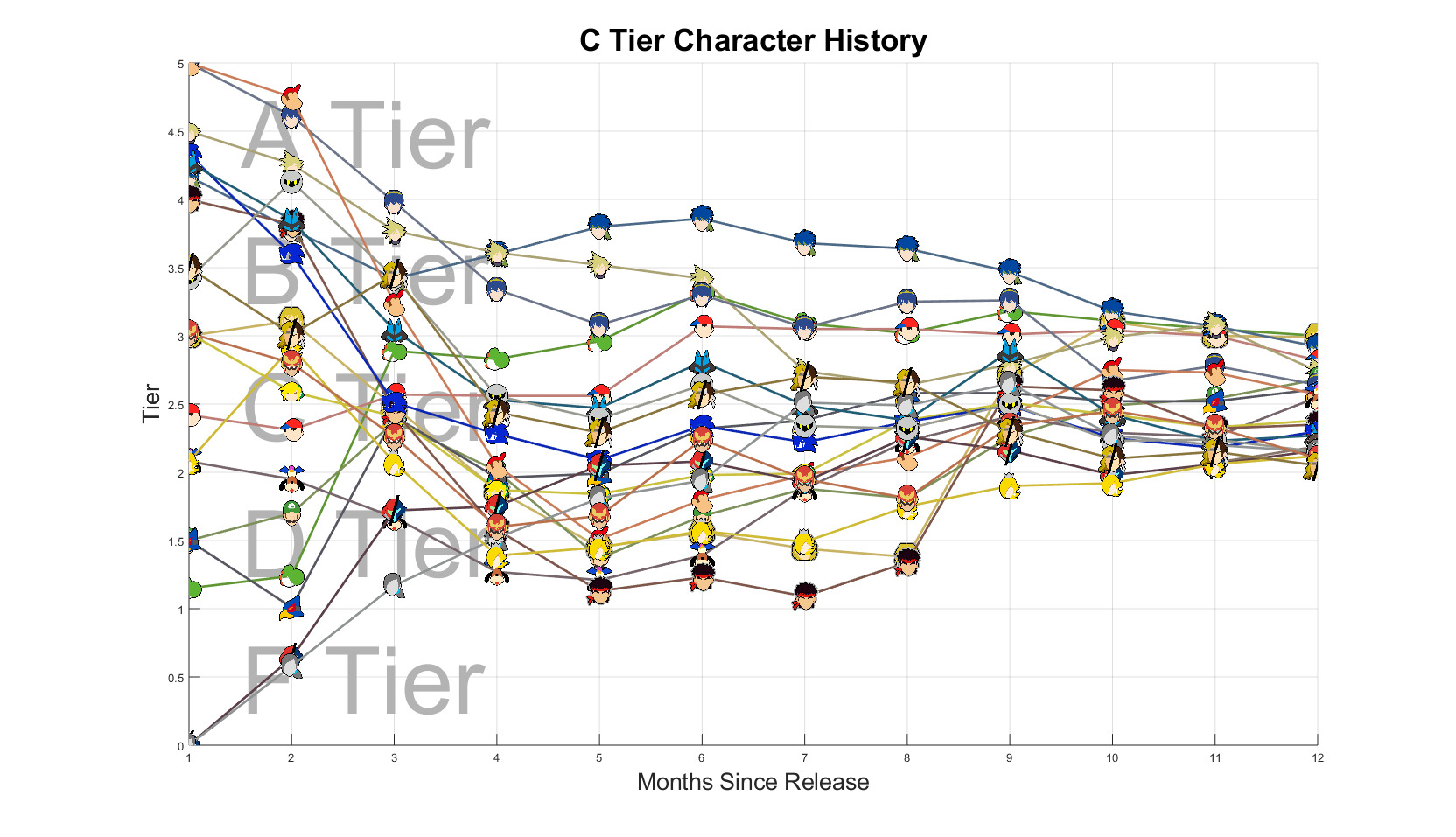 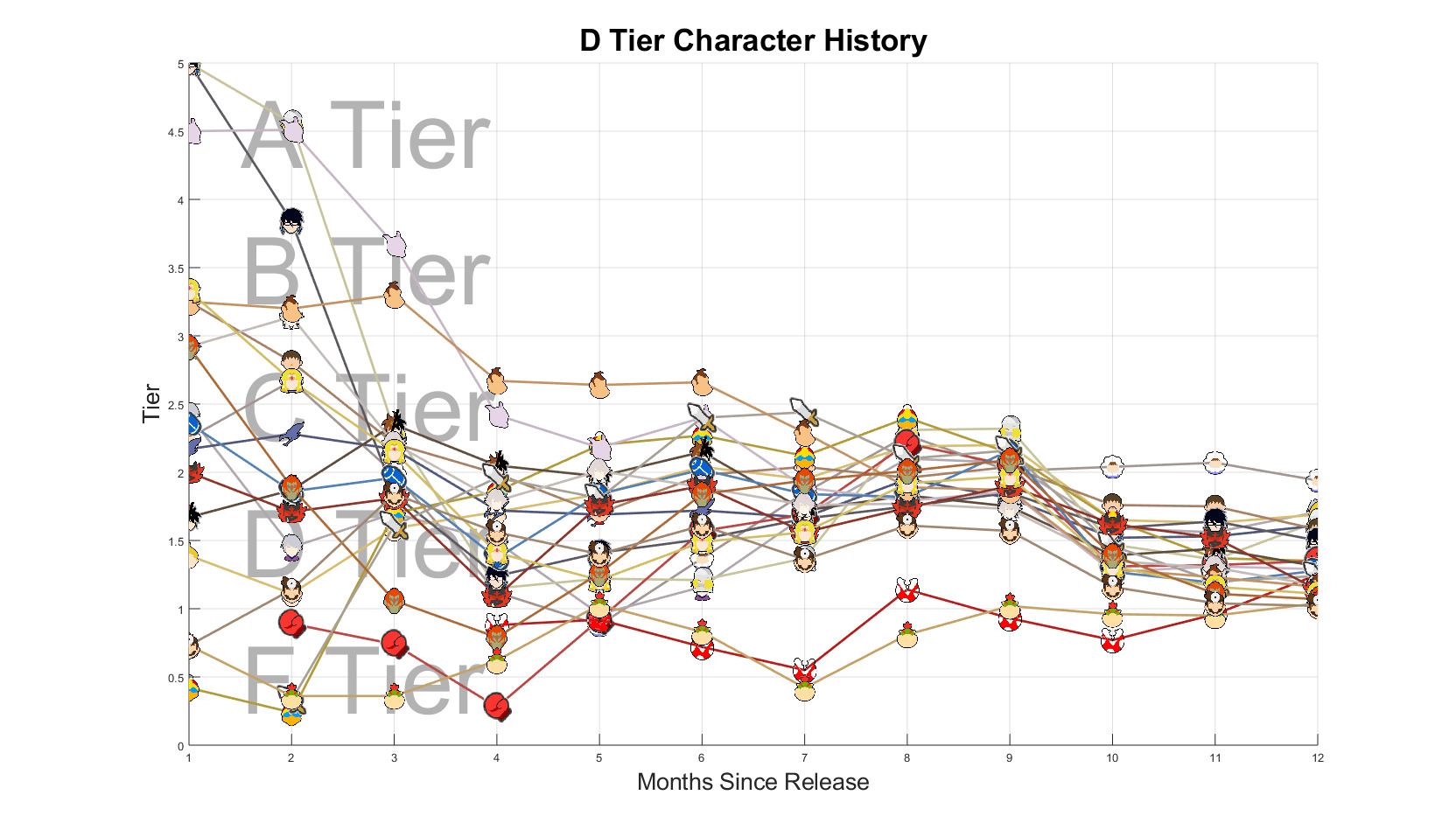 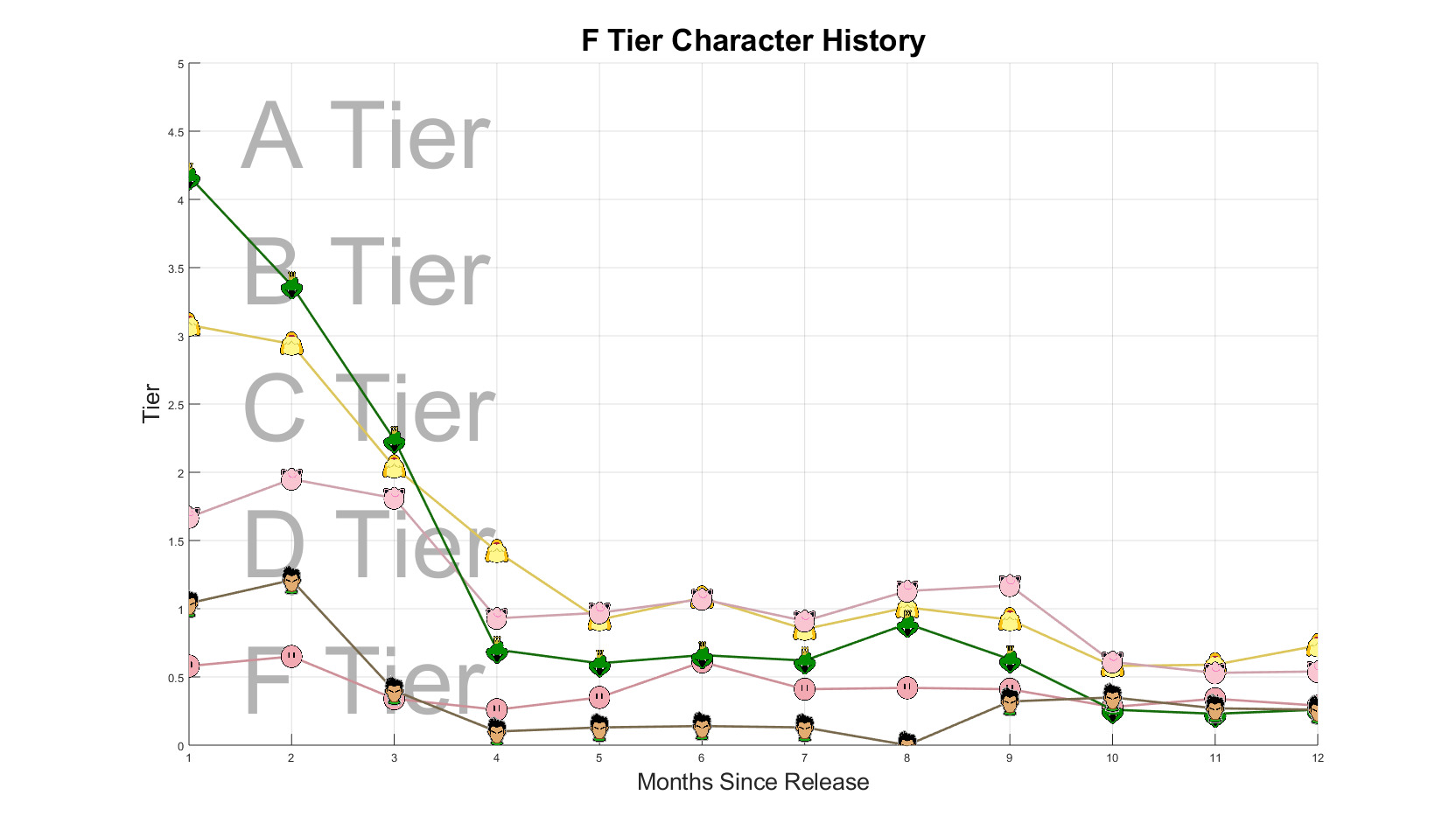 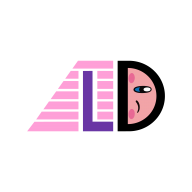 you could always use the emotes

Lunardog15 said:
you could always use the emotes
Click to expand...
I got the graphs to work! The emotes wouldn't work because the graphs show the tier lists over time, so it'd be very cumbersome to display 12 months worth of tier list compilations in a tabular format.

Another interesting observation is that each tier list category at the current time (A, B, C, D, and F tier) have at least one member that spends some time in every single tier category. This means, for example, the C tier category has members that have at one point in time belonged to A tier, B tier, C tier, D tier, and F tier. All tiers are like this, though B is the one that is least like this, with only , , and dipping into F tier briefly.

F tier is also a bit of a stretch, as technically began in A tier and is now a member of F tier. started in B tier, and is now in F tier.

I do find this to be quite interesting. I wonder what tier lists will look like a year from now.

Another observation is , , , , and were all tiered extremely high at the launch of the game, only to fall substantially. I suspect this carried over from Smash 4, where these characters were all very competitively ranked fighters.
Last edited: Oct 28, 2019
You must log in or register to reply here.
Share: Facebook Twitter Reddit WhatsApp Email Link
Top Bottom