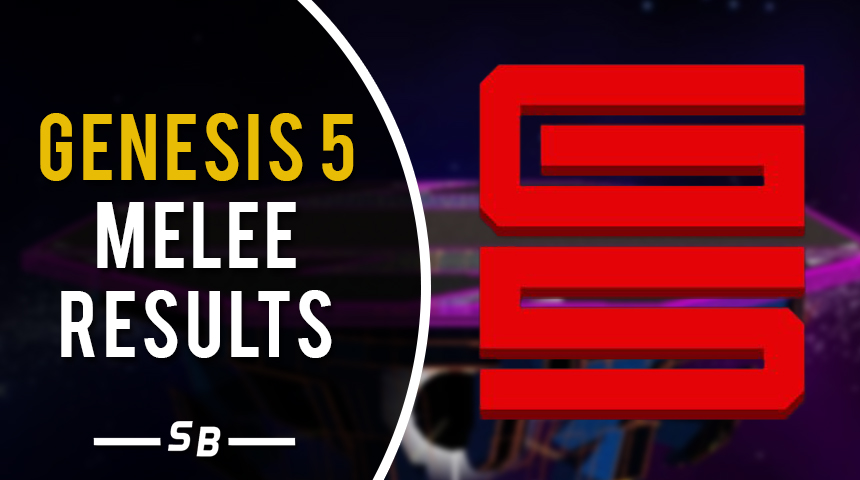 Super Smash Bros. Melee at Genesis 5 was a rollercoaster of a ride. Over 1300 players entered this year, and pools saw fierce fights for survival. The level of competition has risen since Genesis 4, and not even those at the top could relax. If Genesis 5 is any indicator of Melee in 2018, then it’s looking like a good year for competitive advancement. Here, we will be looking at those who made it to Top 8, and their journeys through Top 64.

Coming out on top was Panda Global’s Justin “Plup” McGrath. Plup had a 2017 of continual rising. He pushed upwards, trying to push beyond the title of Gatekeeper. Towards the end of the year, he looked to be putting an end to his moniker. He was becoming a contender within his own right. At Genesis, he has sealed himself as a player that can seize the top spot. His run through bracket was a phenomenal display, defeating players Ginger, HugS, Mang0, Armada, and Hungrybox to make Upper side of Grand Finals. There, he faced Hungrybox again, who was warm from his set against Leffen. A quick 3-0 put the two players on equal footing, and Plup was set to be the player to lose Genesis. Yet, the second set saw Plup gain his footing again. After a long battle to game five, Plup emerged as the champion of Genesis 5. Whether this is a sign of Melee’s future is still up to debate, but the victory was nothing, if not a well earned victory.

Coming in second was Team Liquid’s Juan “Hungrybox” Debiedma. 2017 was the year Hungrybox was able to break through his second place curse, with the help of a professional coach. By the end of the year, he had pushed himself into placing as the number one player of Melee. With the first major tournament of 2018, Hungrybox was seeking to cement himself as a dominating force for the coming year. His run through Upper Bracket held victory over players KJH, Westballz, aMSa, and Leffen before he fell to Plup in Winner’s Finals. In Loser’s Finals, Hungrybox had to face off against Leffen once again, and once again he held victorious. With Leffen behind him, Hungrybox returned to face Plup, hot off of one of Melee’s best Foxes. Using the momentum, Hungrybox managed to make quick work of Plup, earning a 3-0 to reset the bracket. Yet, Plup was quick to get himself back into the game, and pushed Hungrybox into a game five of heart-stopping proportion. There, he fell to Plup. While this was not the dominating performance Hungrybox was looking for, Genesis 5 showed that Hungrybox is never a player to be ignored by those hoping to win.

Coming in third was Team SoloMid’s William “Leffen” Hjelte. Leffen had a 2017 that was full of ups and downs, but he refused to accept lesser results. At Big House, Leffen pushed himself into third place, taking sets off of Hungrybox and Mang0 in the same bracket. Genesis 5 was his chance to show that he wasn’t letting that be a one-off performance. His run through Upper Bracket had him place victories over Syrox, La Luna, and Mew2King to qualify for Top 8. There, he faced Hungrybox in Winner’s Quarters, where he was thrown to Lower Bracket. Yet, Leffen refused to stop there. In Lower Bracket he faced and defeated Mang0 and Armada to reach Loser’s Finals, where Hungrybox waited. Leffen put up a strong fight, but he fell to him for the second time that tournament. A strong showing by Leffen, but this is not where he himself wishes to be. 2018 may be the year where Leffen pushes himself above the title Godslayer.

Coming in frouth was Alliance’s Adam “Armada” Lindgren. Armada had one of the more interesting 2017 journeys. Towards the beginning, Armada was a dominating player, with no true contenders pushing him far enough. Halfway through 2017, things started to change for him. More players began to push him towards last game situations, and the possibility for him to drop a set became more visual. Towards the end, he was dropping sets regularly to Hungrybox, and his grip on the top of Melee had slipped. Genesis 5 was another chance for him to gain that momentum back, and secure himself as the top Melee player. His Upper Bracket run had him defeat Santi, Lucky, and Axe to qualify for Top 8. There, he met a player that had been gaining on him quick, Plup. After a tense 3-0, Armada was sent to Lower Bracket. In Loser’s Quarters, he met and defeated Lucky for the second time for the tournament. In Loser’s Semis, he met one of his biggest rivals, Leffen. One rough set later, and Armada was out of Genesis 5. While Armada has held dominance over Melee in the past 2018 might be a year where he is tested far beyond anything he has had in the past. We will see if he is prepared to adapt to the changes, or if the new generation has bested him.

Coming in fifth place was Dignitas’ Jose “Lucky” Aldama. Lucky has been a Top 8 threat for a long time in Melee’s lifetime. At the beginning of 2018, Lucky was picked up by Team Dignitas as one of two Melee players. A new sponsor is a good chance for Lucky to push himself upward, and Genesis was the perfect tournament for him to introduce that. His run through Upper Bracket had a victory over Zain before he met and fell to Armada in Winner’s Eighths. From Lower Bracket, Lucky went on a good run, defeating n0ne, SFAT, Mew2King, and HugS to make Loser’s Quarters. There, he faced Armada again and his tournament run came to an end. With a strong placing at Genesis, it seems that Dignitas has picked up a strong contender for one of their first Melee players.

Coming in fifth place was Cloud9’s Joseph “Mang0” Marquez. Mang0 had a rough year in 2017. His lows surprised many, and his highs were adrenaline pumping. With Tafokints as coach, his performances began to level out in the latter half of the year. He was even able to be the first player in months to defeat Armada. With a good performance at Genesis, Mang0 could establish a strong start for 2018. His run through Upper Bracket had him defeat Stango and Duck, before falling to Plup in Winner’s Quarters. In Lower Bracket, he defeated Wizzrobe to make Top 8, where he met and defeated Axe. In Loser’s Quarters, he faced Leffen in a close set, and was defeated. While fifth is a strong placing, there is little doubt Mang0 wanted higher. We will likely see him strive higher the further the year progresses.

Coming in seventh was Tempo Storm’s Jeffery “Axe” Williamson. Axe has kept himself as a consistent Top 8 threat for a few years now, and his work in 2017 has made him even more of a threat. In Upper Bracket, Axe defeated mayb and S2J, before falling to Armada in Winner’s Quarters. In Lower Bracket, he defeated Crush to qualify for Top 8. In Loser’s Eighths, he faced against one of his greatest rivals, Mang0. After an arduous set, Axe was defeated, and his tournament run came to an end. Axe took a strong placing, but this will not be where he wants to end up. In 2018, we may see him rise higher yet.

Coming in seventh was Dignitas’ Hugo “HugS” Gonzalez. HugS has one of the most extensive careers in Melee. He has had memorable highs, but has struggled over 2017 to put himself into the highest tier. At the beginning of 2018, HugS was able to acquire a high profile sponsor in Team Dignitas. With a new sponsor, HugS is looking to make 2018 the year he is taken as a top competitor again, and Genesis was the perfect opportunity to make a statement. In Upper Bracket, he defeated Moky and fell to Plup in Winner’s Eighths. From Lower Bracket, HugS was able to go on a small run, defeating Syrox, Duck, and aMSa to qualify for Top 8. There, he faced off against his new teammate, Lucky. After a tough set, HugS was defeated, and his tournament run came to an end. For a start to 2018, HugS has made quite the splash. We will see if this becomes a regular occurrence for the Samus main.

Genesis 5 was an explosive start to 2018. Upsets were riddled throughout the bracket, and entire narratives were broken and created. There is no doubt that the next few months will be a tumultuous and exciting ride for the Melee meta, and Genesis may just be the beginning of one of the most exciting years for the game.