Event Recap: BAM7 - With An Interview With Our New Bud Spud! 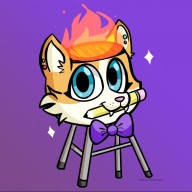 ​
Over $10,000 were raised to invite international guests, New Zealander's qualified to come, and many folks stayed up to the early hours of the morning to catch the incredible event that was BAM7. With all of Oceania's finest and top players from around the world like Mang0, Leffen, Chillindude, Lucky, alex19, HugS, S2J, and Wife in attendance it was certainly an event to remember. The tournament has Melee and Smash for Wii U as its mains events and a Smash 64 side event, all of which held excitement and lots of incredible matchups!


Smash 64​
Just because it was a side event didn't mean the matches weren't exciting and hype! Making a strong run from loser's bracket to go 3-1 against Mitch, reset the bracket, and go 3-0 to win the event was Pete.

1st - Pete
2nd - Mitch
3rd - Nathan
4th - Kuro​
The matches were unable to be streamed unfortunately due to technical difficulties, however "Quarters and up of the brackets were recorded though and will be uploaded soon". The bracket for the event can be found here.

Smash For Wii U​
With most of the finest players from Australia in attendance, the competition was fierce in the Smash for Wii U bracket. Much talked about for his previously undefeated Wii Fit Trainer, Waveguider tied for fifth alongside SGT | Kira's Zero Suit Samus. Earl's Little MAc performed solidly as always, but was hit by his Achilles's heel Villyness in loser's bracket. Villyness didn't stop there however, she overtook BIGBOSS and came into grand finals fueled with a passion to win. Resetting the bracket in a 3-2 match against Atyeo's Fox, she managed to pull out a victory in the final game to become the first woman to win a Smash 4 major.

1st - Villyness
2nd - Atyeo
3rd - BIGBOSS
4th - Earl
5th - Waveguider
5th - SGT | Kira​
VODs of the event can be found on NewGamePlusTV's Twitch Channel and are expected to be uploaded to Youtube soon.


Melee​
The crowd had hopes in their hearts that someone from Oceania could take the event, but the international guests were just too strong. The matches were all exciting and tense, but in the end C9 | Mang0 took the event 3-2 over TSM | Leffen in grand finals.

1st - C9 | Mang0
2nd - TSM | Leffen
3rd - Lucky
4th - S2J
5th - HugS
5th - Liquid`Chillendude​
All of the matches will be available soon on MelbourneMelee's Youtube channel. Though the international players took the day, they were not the only ones to get prizes. $500 dollars was set aside to be split among the top placing players from Oceania. Many of the players predicted to do well did have good placements, one player came out of nowhere and made quite the splash on the Smash scene. the only player to take out an international guest, Spud tied with top Australian Smasher S.D. for 7th place, and in a best of five match beat him to break the tie and was declared the top placing player from Oceania in BAM7 Melee. Knowing players would want to know about Spud and his breakout performance, I asked Spud for a small interview and he graciously agreed.

Our Bud Spud!​
SmashCapps: Thanks for the interview man, I really appreciate it!

SC: When did you start playing Smash?

SC: How about both?

Spud: Casually? My brother introduced the series to me when I was a young bud (haha) I must've been 6 years old, my first casual main was Young Link in which I just loved to full hop dair. Competitively I began at the beginning of last year, I hadn't heard of the documentary but I was living in the Pacific Islands with my dad, and with not much to do but owning a Melee setup I searched up pro matches and the first one I saw was Armada Young Link vs Hungrybox at Pound 4?* And I thought the game was so fast paced, how ironic for how the match actually was, later on I found out.


*It Was Actually Pound 5 But Here's The Match​
SC: That's actually a really cool match to inspire you to play Melee! What was your first tournament performance? And do you go to events often, or is there another place you practice? I heard you do a lot of netplay.

Spud: Haha, After 6 months of training in the lab with my casual mates, I came back to New Zealand for my holiday break to visit my Mum, and since my brother was naturally in the FGC community he took me to my first Smash tournament ever, with low expectations too haha. In the end I placed 2nd at my very first tourney, (New Zealand scene was just starting off around the time I did too) with the previous champion Dion taking out the tourney. I go to tournaments often nowadays but I didn't go to them very often when I wasn't living in New Zealand due to a small island (Rarotonga) having no Smash scene (Or Nintendo scene for that matter). But the way I practice I guess is to sit at home and lab, think of options, lots of times I don't have the opportunity to play people so I practice punish game a lot, and M2K's Marth inspired my punish game against Spacies, and I do play a lot of netplay but most of the time I get annoyed by the lag, and if the player is significantly less skilled than me I tend to style very hard on them, just because it's kind of boring playing seriously otherwise.

SC: So how did you get the tag Spud? Did you have it before that first tournament? I figure there's a good story behind it!

Spud: There is an amazing story behind it HAHA Basically my old Twitter handle? I wanted to enter my first tournament with the name "Alternatecloud" but my brother said it was too dumb and cheesy so before I entered the tournament, on the drive to it, we came up with a really stupid sounding name so that when I beat people it'd be insulting, "Who did you lose to?" "Oh, I lost to some guy called Spud". Haha looking back on it now, "Alternatecloud" would be a pretty dumb name to chant instead of Spud. So I'm glad, and I identify with it.

Spud: Haha yeah, and even the better when I lose "Spuds a dud"

SC: So how does it feel to all of a sudden be in the spotlight?

Spud: It's something I'd never have ever expected, I didn't expect to do so well in the tourney, all I wanted to do was go over to Australia and prove that NZ wasn't bad and that we were good, but to make it into top 8 and clutch out the set which is the highlight of my Smash play so far, even after SDing, words can't describe it.I'd never popped off before ever, that was the first time in my life.

SC: I'm seriously happy you had such an awesome moment, it was certainly the highlight for many people watching the tournament as well. I've just got one more question: Any chance of us seeing you traveling outside of Australia to events overseas sometime soon? I think people wanna see more of their bud Spud!

Spud: It's an awesome thought, and I'd love to do it, but the best chance for funding I guess is for me to get a job, or have the Oceania community fund me to go over, of course I'd train as hard as ever, and I'd be damn glad to play the version of the game where my favourite move actually works. But at the moment, it's definitely a possibility.


---
​
It most certainly is a possibility to see him and other Oceania players in the states, hopefully they'll have the chance! For those who would like to learn more about Spud he will be having an Ask Me Anything (AMA) on /r/smashbros May 29th at 4:30 PM CST. He can also be found on Twitter.

Hopefully BAM7 has sparked some interest in Australian Smash! To learn more about the scene be sure to also check out the Australia Regional Forum on Smashboards to learn about their other exciting upcoming events. For any players in Oceania who want to become more connected as well it is worth visiting the Oceanic Netplay Thread on Smashboards. QLD Smash is an excellent resource to learn more about the Australian players as well. Here's hoping for another big Oceania tournament soon!

SmashCapps stayed up till the early hours of the morning to watch BAM7 but it was 100% worth it. To keep up with him and all things Smash follow him on Twitter.
Last edited: May 25, 2015 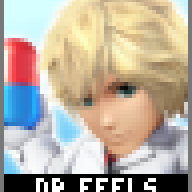 Oceania?
The Smash community never ceases to amaze me.We are all Smash brothers,worldwide. 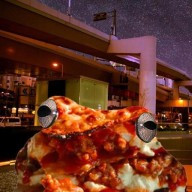 Nice to see some strong female representation in the smash scene with Villyness taking first. Australia is such a progessive country 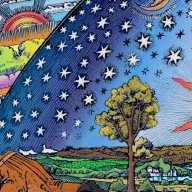 Spud's performance was the highlight of the tournament for me.

I laughed so hard when Alex19 repeatedly died off the PAL dair meteor like a n00b, better do your homework 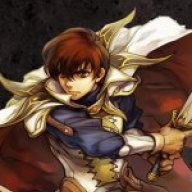 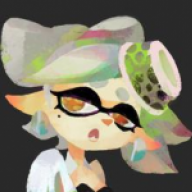 "- Chat whenever Mango faced an Aussie. 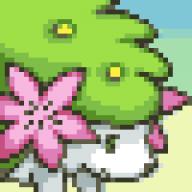 Location
a dirty mind is a dirty kind (◕‿◕✿)

PK Illuminati said:
SPUDS OUR BUD
Click to expand...
...not including me... 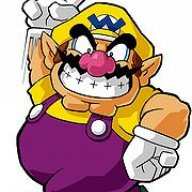 WarioJim said:
Who did Villyness main?
Click to expand...
This one's gonna BLOW YOUR MIND!!!

Hence the name and all 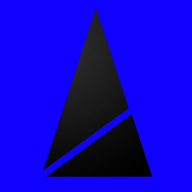 where can I see this? who streamed it? or is it going to be put on YouTube? if so where? I missed the stream because I had to help my parents build a porch, I really want to see it

Hence the name and all
Click to expand...
Ah, alright. I thought the name might mean she'd play Ness, but Villager too? Awesome. 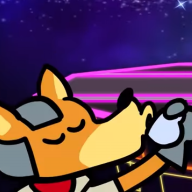 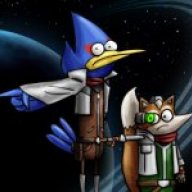