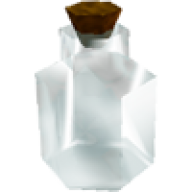 Last summer we held a massive tournament for 64, Melee, and PM, with over 115 entrants from all over Canada! This time, we're looking to break that!

On January 2nd 2016, we will be hosting a 64, Melee, PM, and Smash 4 event in the Marriott Courtyard on Dalhousie St.

If you have any elements of a setup (TVs, Consoles, Carts, CDs, ...) please label and bring them to the event. We want enough setups to have friendlies be able to comfortable be going on during the event.

PM Doubles will happen shortly after the end of Singles.

Top 8 will be best of 5 sets. Everything else will be played in a best of 3 set.

If there are more than 35 entrants, Top 5 will be paid out in a distribution as follows:

If there are less than 35 entrants, Top 3 will be paid out in a distribution as follows:

Top 3 will be paid out in a distribution as follows:

Between Singles and Doubles, there will be potentially be an exhibition event of either a crew battle or a salty suite. Therefore, deviant behaviour during Singles will have zero tolerance and will result in a DQ. If a TO has asked you to remove yourself from a setup for tournament matches, this must be done immediately.

If you need to leave for food, please inform a TO first to see if it is acceptable to leave at that appropriate time.

For any matches that are called out, a 5 min time limit will become effective upon the first call for both players to begin the set. If one of the players are not present, the absent player will automatically forfeit the match and be sent to losers/knocked out. Top player privilege is non-existent.
PM: -------------------------------

If we have more than 3 hours till close when GFs finishes for Singles, we’ll do Doubles.
Otherwise, we’ll run crews. Ottawa vs Stittsville or Ottawa vs Outsiders.

2 bans for Bo3 sets, 1 ban for Bo5 sets. Winners Finals, Losers Finals, and Grand Finals are Bo5.
Striking procedure is 1-2-1, winner of rock paper scissors chooses to strike first or second.
Sets are to be played with character first counterpicking. Characters are chosen before stage.
Bans do not persist through a set.

Game Rules:
-PM Version: 3.6
-4 Stock, 8 mins. Team attack ON. Keep default rule configuration on regular PM Boot
-Wario Man and Giga Bowser are banned
-Be timely for your sets, check in with the TO or opponent if you have matters elsewhere
-Don’t intentionally throw matches to rig the bracket
-Don’t lie about results when reporting your matches
-Gentlemen’s Rule: You may play on any stage if your opponent agrees
-Dave’s Stupid Rule: You cannot play on a stage you previously won on within a set unless Gentlemen’s Rule is invoked
-Minority’s Rule: A player with a wireless controller may elect to play on a non-crt setup in the unlikely event that one is available
-Keep trash talking, cheering, and player interaction respectful. Don’t make other’s feel uncomfortable or threatened.
-Don’t intentionally crash the game (Sheik’s Chain Jacket glitch with no jacket)
-Suiciding Moves: If the match goes to sudden death, the initiator of the move wins
-Timeouts: If the timer hits 0, the win goes to whoever has more stocks. If tied, winner goes to whoever has the least percentage. If tied, a tiebreaker is played.
-Tiebreaker: 3 min 1 stock match played on the previous stage.
-No excessive or extreme stalling
-Ledgegrab limit of 175
-Disconnect Wireless Controllers after sets
-Don’t pause during a match unless extraordinary circumstances call for it (game glitches)
-You are responsible for your own controller malfunctions
-Coaching: No coaching during sets unless it’s your teammate in doubles and you’re currently in a match with him/her. Coaching is allowed between matches, but must not exceed 1 minute.
-Button Checks/Hand Warmers: A 30 second button check before a match is permissible
-Double Blind: Each player selects their character by telling a third party. Players then pick their character on the CSS and the third party must verify that they have both been truthful in their selections.
-Port Priority: You may RPS your opponent for Port Priority before the first match of a set begins.
-Alt Stages that have no effect on gameplay are allowed.
-No turbo/rapid fire controller mods.
-You can’t pass your controller off to someone else to complete a match on your behalf.
-No Debug Mode
-Don’t do anything unlawful

Penalties:
The TO is the arbiter of all disputes. Severity of infractions depends on the frequency of rulebreaking and what rule(s) is broken. For a more detailed description of each rule, see section 1.1.5 and 2.5 in the full documentation found within the Project M Ottawa facebook group.
Smash 4: ----------------------

● Stage Selection Clause: Any stage may be played on if both players agree to it. Players may NOT agree to change the number of matches to be played.

A player/team may not pick any stage they previously won on during the set -- UNLESS the other player/team agrees to it.

● Double Blind Character Selection: Either player may request that a double blind selection occur. In this situation, a 3rd party should be told, in secret, each of player’s choices for the first round. Both players are to then select their first round character, with the 3rd party validating that the character selected is the same as their word.

● Port Priority: If an agreement cannot be made as to who gets what port, the players may enact a best of 1 game of Rock Paper Scissors. Winner gets their port selection, loser selects any other port.

● Stalling is banned: The act of stalling is intentionally making the game unplayable. Stalling tactics include but are not limited to becoming invisible, continuing infinites, chain grabs, or uninterruptible moves past 300%, and reaching a position that your opponent can never reach you. Any action that can prevent the game from continuing (i.e., pausing, freeze glitches, disappearing characters, game reset, etc.) will result in a forfeit of that match for the player that initiated the action. You are responsible for knowing your own character, and must be wary about accidentally triggering one of these effects.

● Time Outs / Ties: The winner of a match that goes to time (time out) will be determined by stocks and percentage. When the timer hits 0:00 player with the higher stock count is the winner. If both players are tied in stocks the player with the lower percentage is the winner. In the event of a percentage tie, or a match in which both players lost their last stock simultaneously, a 1 stock tiebreaker will be played with time limit of 3 minutes. Sudden Death is not to be played at all, and will not count.

● Self-Destruct Moves: We go by what the game says. If the game declares a winner, they win the match. If the game goes to sudden death, the initiator of the sudden death inducing move will be declared the winner. ● Stock sharing is allowed in doubles.

● Colorblind Rule: Players may request that their opponent change colors to accommodate colorblindness or if their color is indistinguishable from either the other team color or the stage background. The request must be made before the match starts.

● Team Colors: Players’ character colors must match their team's color when possible, to avoid confusion (ex: Luigi on the green team must use the green costume).

● Warmups: Warmup periods, button checks, and “handwarmers” may not exceed 30 seconds on the game clock. Violation of this rule may result in an automatic forfeit at the discretion of the TO.

● Stage Striking: Players eliminate stages from the Starter/Neutral list until there is one stage remaining. If both players agree, the first match can be decided by random select of the 5 starters.

● Controllers: Alternate or custom controllers/adapters are allowed. WiiPad, due to how expensive the pad is, is banned. Any illegal modifications to controllers (Turbo, Macro, etc) are banned, and are liable to get you DQ'ed at TO discretion.


The TOs reserve the right to DQ players for unsportsmanlike behaviour, or any dissruption of the event.

64 TO: Revan
Melee TO: Lacroix
PM TO: BRodz/Sovva
Smash 4 TO: PND Mike 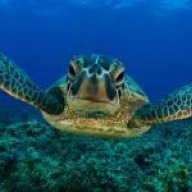 I've just got a couple of questions.
Will melee run all day, or start at a certain time?
Do I need to show up at 9:00, or can I be any later? What about if I am bringing a setup?
When will I be able to bring my setup home?
Thanks. 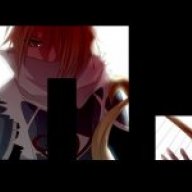