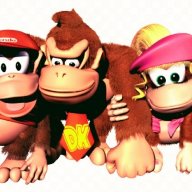 So, I've been struggling against lucas lately.
I know some people say he is low tier and not that good in smash ultimate, but I don't think he is that bad, it's the contrary, I think he's quite good, maybe even better than Ness.
I will try to upload or put a link here from some of my matches, I rewatched my matches but I really don't what to do.
I feel like Lucas' attacks are really fast, he does have some lag, but lag isn't like it was in smash 4 where you could easily punish someone after a failed smash attack.
His projectiles are all very good, Pk Fire can kill, pk thunder can kill too and is annoying when you're constantly thrown away from the stage, pk freeze is extremely strong and can kill at the lege at 50% or 60%.
His attacks' hitboxes are huge, I mean get hit so easily and get stuck by almost any of his moves.
The thing is that I've never had any troubles with the dk vs lucas matchup in smash 4 where I could grab him like all the time, but in ultimate the grabs were so heavily nerved, I still have to get used to it. I also think lucas' moves have a somewhat high priority unlike in smash 4.
So can someone help me out? 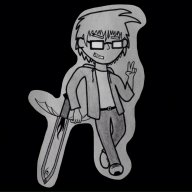 Lucas is loaded with fast, hard hitting disjointed aerials that are difficult to punish (except nair, but his nair lowkey sucks in this game, so who cares), a decent combo game off uairs and grounded dairs, and his abilities to edgeguard and edge trap are literally god tier (two spikes with one being very powerful and the other very hard to avoid, three very good projectiles two of which he doesn't even have to go off stage to use, insanely strong/disjointed fair, down smash hits way below ledge and lasts forever, amazing recovery in terms of both reliability and distance, and great a airdodge all come to mind right off the bat stick). It's safe to say Lucas is a very hard matchup for DK.

Your best bet is to be very careful about when you press buttons to avoid being walled out by PK fire and fair, and to press your advantages super hard since Lucas doesn't have too many options to escape juggles due to lacking a good "get off me" option and being somewhat slow. Your utilt and uair in particular will make it hard for Lucas to land. Edgeguarding Lucas is also a viable strategy, but takes a lot of practice to do reliably.

As for getting back to stage, there's really not much I can say except "good luck", unfortunately. Lucas's off stage arsenal is just too vast to have a reliable counter.

Specs64z
Thank you very much for your reply.
Yeah, I guess I have to practice the matchup a lot more.
So I shouldn't go for grabs?
It feels so strange to me what they did with the grabs in this game. One of the things I loved the most when playing DK in smash 4 were his grabs and that was not because of the "Ding-Dong" ( it was very hard to do on characters like lucas anyway).
His grab range was great and he had almost no lag when he missed a grab.
I mean DK has always been a grappler type of fighter and now they nerfed grabs for all characters in the game. I guess I just have to unlearn the way I played DK in the previous title.

Marcello691 said:
I guess I just have to unlearn the way I played DK in the previous title.
Click to expand...
Same here with learning the new Lucas. His grab combos were just removed entirely, but his aerials are all bigger and badder. He’s much more in your face compared to his previous zoning and grab heavy game plan.
Last edited: Jan 12, 2019
W

Well i also played against an Lucas yesterday, we both was almost equal in terms of charactering, if lucas know is character well enough, i guarantee that he can camp you easily in stage like battlefield, and easily edguard/ledge trump DK, i've experienced that and it felt horrible
You must log in or register to reply here.
Share: Facebook Twitter Reddit WhatsApp Email Link
Top