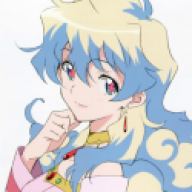 So I've looked for the last couple hours trying to find a thread or post that discusses this and I couldn't. I could just be blind and somehow looked over it. So sorry if this has already been addressed.

For those who are not familiar with peach's ability to DJ into platforms to quickly land on them with no landing lag, there is a thread on reddit that explains it in a concise and understandlable manner. I would link it but I don't have permission to post links. You can find it by searching "reddit peach has a very useful double jump cancel" and it should be the first result.

However one thing that may confuse those of you that are not used to this tech is that you do not technically have to pass through the platform to perform it. You can be rising up right next to the platform (do note that you have still need to be very VERY close) and as long as you maintain DI towards the platform it will still work. I'll elaborate a little more under the fountain of dreams section.


While some don't view this technique as being useful I like to use it to down smash overly aggressive players and to space turnip pulls. For any others who would like to use this as well I've gone through the professionally played stages and taken note of where it is applicable. Note that dreamland is not on this list because the platforms are all to high to perform this.

Fountain of Dreams
Peach can perform this tech onto the side platforms no matter the height. She can also use it to go from the side platforms to the top platform. However I find the timing a little tricky the when the side platform is at its highest. Personally the only way i can consistantly do this is by rolling to the innner edge of the platform, and then DI as soon as I jump (and it needs to be a full jump) and then initiate it whenever im at the right height while continuing the DI towards the platform. I believe DJ landing to be very useful on this stage to quickly get to and do down smashes on low or falling platforms from the ground.

Pokemon Stadium
The only platform you cannot use this on in all of the transformations is left platform on the fire stage unless the stage is transforming. Otherwise all the lower ones can be performed from the the ground and the higher ones from a lower platform. I belive this could be ususeful to down smash peoplease from platforms during transformations but I haven't but it into practice yet on here.

I hope this can save people some time in the lab or an avoidable punish. Please let me know if I said anything incorrect so I can edit this. Thanks for reading and stay true to your princess pride.
Last edited: Jan 7, 2015 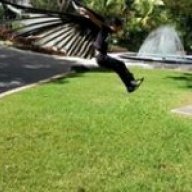 I'm glad I searched for this, I actually wrote up a bunch of stuff on it...here is my findings, sorry if its a little small, I can put it onto a Google Drive Sheet or something

As a tip, if you can imagine Peach’s legs under her dress, the point in which you need to input DJ is the moment her knees are right above the platform…this may help you for FoD where the platforms are constantly changing…for the sake of my sanity, I won’t be providing the different heights for FoD’s platforms…I also spent way too long in Pokemon Stadium where Grass just happened to be rather rare for me, perhaps I will do more testing if I feel up to it later on, but that’s it for now.

NOTE: FAST FALLING WAS NOT USED TO DETERMINE WHAT FRAME TO DJ ON FOR FALLING ON TO PLATFORMS.

When looking at the table, you become typically become actionable 1-2 frames after the very first possible Input timing, and as before will slowly start to lose actionable frames the later that input becomes…in the case of falling ONTO the platform, the reverse would happen, since the DJ would take less time to make you touch the ground. (More testing on that will need to be done)

All jumps assume Full Jump unless otherwise stated (Short Hops are indicated with before hand SH). To better understand the table, the data is assuming standing directly under the platform unless otherwise noted, I also tried to make it obvious which platform I was talking about… (e.g.: Water Form: Lower (there are two platforms, and it says “Lower”, we are going for the one that is lower to the ground”)

For the Rock Form, there is a slanted ground (it’s a metal slab), so for example: FJ Mid (Top Slant) means I am doing a Full Jump aiming for the Middle platform (its IMMEDIATELY above the slanted metal slab) and I am standing on the very TOP of the slant, while “Low” is referring to the lowest platform that’s surrounded by walls. This also applies to Yoshi’s Island with its slanted ledges, however it is simply “Bottom” for the very bottom of the slant, “Middle” if you are standing approximately in the center of the slant, and “Flat” for not standing on the slant at all.

Side Note: Some of the later jumps were also tested with JUMPB but I did not indicate so...so sorry if that throws things off =\ 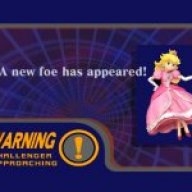 It's totally possible on dreamland I do it all the time, its just late in the jump.

Yogi Backair said:
It's totally possible on dreamland I do it all the time, its just late in the jump.
Click to expand...

yep, i have DL on my chart for full jump frames 26-39 (including kneebend, not just jump frames) as the frames that you can input DJ and have it DJL; where frame 40 (total) will be a No Impact Land on its own

(i know you are talking about the OP though)

DarkRijin just curious, are the frame windows for left/right platform of DL the same?

DarkRijin just curious, are the frame windows for left/right platform of DL the same?
Click to expand...

i am only 80% sure i checked on both sides as an afterthought, but i can for certain say that I used the RIGHT side of DL for that post. i'll check later tonight after my impromptu house tournament

edit: I got to check really quickly right now, YES, they are the same on Left and Right sides of DL.
Last edited: Oct 1, 2015

DarkRijin said:
i am only 80% sure i checked on both sides as an afterthought, but i can for certain say that I used the RIGHT side of DL for that post. i'll check later tonight after my impromptu house tournament

edit: I got to check really quickly right now, YES, they are the same on Left and Right sides of DL.
Click to expand...