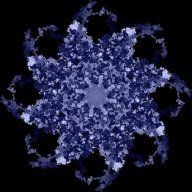 A while ago I had a discussion with a few people about shield sizes in Melee. I was interested in what resources existed detailing this information, and I found @Mew2King's Shield Sizes in his statistics post. I found in @Toomai's hitbox collection that values for Shield Size were apparent, but when I sorted these in comparison to each other they didn't make much sense - Pichu's shield is not larger than DK's. Next to this column there was a listing for size, but this seemed iffy too. Pretty sure Bowser isn't smaller than Pikachu. Given these discrepancies I felt that size might just be a modifier on character features from whatever base values they might have had. So by multiplying these two values I was able to get values that match up nicely to existing data, and even surpass what Mew2King might not have been able to discern.

I put the values for characters that are not innately playable, as well as Yoshi (who has an abnormal shield that does not fit this listing) in italics. In The Mew2King list a dash denotes a character is not in his listing. The normalized shield size is a measure comparing shield size directly, and not shield size to body size or any other relative measure.


To address the tie breakers that were encountered by Mew2King, the new results found in this calculation are:

Mario/Dr. Mario - They have the exact same shield sizes.

Falco /Fox /Ness - Falco and Ness have the same shield size, but both of their shields are smaller than Fox's


I do hope at some point to develop some relative coverage shield ranking, I do think this is possible with the data in Toomai's hitbox collection. It would take a lot of time and some interesting math. Summing up hitbox volumes and subtracting the shield volume from that sum would provide a uncovered hitbox volume, but it also would be useful to find the furthest protrusion from shield.
R