Dealing characters who jump and throw out aerials

So today at a tournament, I got bodied by a shulk main, having no real knowledge of this match up, i believe my opponent knew how to effectively play against me. He would Jump and throw out fair and nair would defeat my dash attack and dash grabs. He was able to rack up enough damage to do a simple fair off stage to get a stock off me, my last stock was a ledge get up read with up smash. Although i could have jump faired, His sword really out ranged mine. So with this, i ask as a meta knight main, what are good options to play against a player who effectivley jumps and throws out aerials to stuff my approaches? especially if they have a longer disjoint then meta knight. I tried to bait out aerials by running and shielding but I was not in range for a grab and he grabbed me instead.
Another question would be, is a jump over a grab/ground attack better then a spot dodge as meta knight? I feel like jumping has it perks but im not in the ground to effectively punish in time 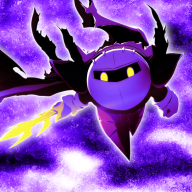 Victory is my destiny

BigBrotherBlade said:
Stuff
Click to expand...
A decent Shulk is pretty annoying to play against, especially as MK. You gotta stay very calm/patient and watch for his patterns. Try and work out where he's going to land and either dash > shield grab, or perfect shield it on the way down and dash attack. Try to recognise when you're not in range to grab his landing so you don't whiff your grab and get grabbed yourself, characters with good landing aerials use this as a classic bait. MK's standing grab range is pretty poor unfortunately, but once you know it, you know it. At worst, ideally, you just reset back to neutral. To avoid getting grabbed yourself by an empty landing > dash grab mixup, mix in Dair out of shield, Dtilt and pivot Fsmash to deter them. Also, if they're mainly doing landing aerials, if you block a landing and read that they're going to jump again, run up and Usmash them or jump into them and use an aerial yourself, since you'll be close enough.

Baiting out attacks in order to punish is MK's thing. Hops (especially for Dtilts) and spotdodges work, but grounded movement such as dash dancing, perfect pivoting, even just walking in and out of their range all help to bait things out and make them miss.

Usmash on the ledge is deadly, you'll get hit by it every so often. If they charge it on top of ledge getup position you can drop off and double jump Uair/Fair them, don't ledge roll too often. Also be prepared to simply camp out certain Monados, Shield especially.

If you have other questions, join the MK Discord (found here), peeps there are usually pretty helpful about matchups.
Last edited: Oct 20, 2016
M

Can't you just up air the Shulk when hes jumping in the air? Maybe throw out a tornado if he likes to shad too. I guess you could ff bair them if you read where they'll end up next. Once you get the jablock punish then your opponent will think twice before jumping. 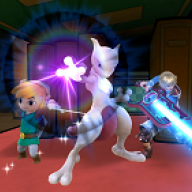 I'm only a For Glory scrub myself but, having played as and against my fair share of Shulks, I find that there's enough landing lag after his aerials that Meta Knight can go for a Dash Grab or even a Dimensional Cape if you can predict their spacing.
You must log in or register to reply here.
Share: Facebook Twitter Reddit WhatsApp Email Link
Top Bottom