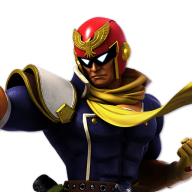 Back in the lab again with C Falcon, dropped him off temp to experiment with other characters in the roster and came back because he feels more natural to me. With Smash 5 on it way, i figured i would continue to improve my falcon and work my way back up. I haven't played much FG with falcon lately but i have been practicing with my classmate and the CPU. These videos feature me vs my classmate and the CPU. I am aware that the CPU isn't much of a challenge but they personally help keep me sharp and from getting rusty. I get a LOT of flack for fighting the CPU but it helps so i am ok with it,if im not at my locals or playing my classmates i am facing the CPU. Ik i could shave an additional 10 to 15 minutes off each video if i edit out the extra menus and etc but i am still working on learning how to edit it out (any tutorial links or videos would be helpful lol) Let me know what you think and what i should improve on and make sure to read the video descriptions as well,thank you 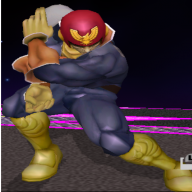 You roll-dodge back... a lot! See my signature for my opinion on that
That would be #1 on my list of things to do less. There is a plethora of tech, options, and mind games you can - and should - utilize without roll-dodge. You like using the CPU, so why don't you fight lvl 9s without roll-dodging once. Repeating that exercise has helped my friend quit his roll-dodging addiction

I like what I see as far as your short-hops go! It kinda looks like you are accidentally full hopping quite a few times, so either practice short-hop fastfalls, or work on your spacing. I think you should do both. You tend to leave yourself open a lot.

While we're on things to cut out, I'll mention this: raptor boosts and falcon kicks are better used sparingly. Almost every time you used either of the two, you had better options. You could make falcon kicking from the air a surprise rather than expected! That is why you died one of those times. Every time you falcon kicked from above, you should have faded back or d-aired. d-air has a lot less lag on the end with plenty of hitstun, so you can follow that up quite well.

Quick note: you're fishing for a grab 80% of the time. Be ok with doing raw damage and looking for opportunities to grab later. You can also learn some grab setups, or pivot grabbing.

First thing you should start doing: get comfortable with the ledge!! I really can't stress this enough. Don't be afraid to hang on the ledge for a few more moments. Maybe even hop on there intentionally. Captain Falcon is a king in the air, and the ledge, you have nothing to worry about. He can stage spike with up-b and b-air, and spike with u-air, d-air, and raptor boost. The only way you can get those satisfying spikes is by knowing how far away from the stage you can travel, learning to walljump, and being able to do all sorts of crazy things from the ledge. Look up "ledge to knee" here or on google to get some fun tutorials, and feel free to look up other things as well.

You should also make teching a priority. It will help you avoid getting hit.

I think this is a good starting point. More complex combos will come with practice.

As far as the editing goes, really any editing software will do. I don't know your computer setup and software, so I can't give you tutorials. MovieMaker (PC), Imovie (Mac), and ShotCut (Linux and PC) will trim clips quite easily. Youtube itself now has its own editor. It's clunky, but if you have nothing else, use it!
Last edited: Apr 27, 2018
I

[QUOTE="dandeto -snip
[/QUOTE]
I have to say reading your critique was eye-opening for me(not the O.P.).

I've only recently started playing competitively and I see a lot of my own mistakes in your response. A lot of your advice applies to my play and probably explains why I get caught up so much. My biggest disapointment in playing Sm4sh is feeling like the opponent(even a fellow Capt.) just waits me to attack and punishes me for it. Whereas if I don't attack the match is almost at a standstill. It's like you're rewarded for playing defensively and punished for "daring" to attack the opponent. It doesn't feel like a back and forth "fighting" experience.