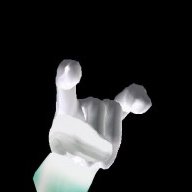 I feel like my biggest flaws in general were:

-edgeguarding marth(where I should have just regular getup instead of roll from ledge), I could have also NIL DJ from ledge after realizing that he often times just upBs onto the stage
- I seem to have trouble against marth uair juggles, where I could simply just DI away while SDI'ing away at the same time
-I fall into these habits where I corner a marth with a SH bair, and I use it often as well to cover them sometimes upBing above the ledge or to punish their getup from ledge. I'm going to have to find ways to implement better mixups in that department
-I often cover a marth platform tech with uair because it's his most efficient aerial(frame 6 and it covers the whole damn platform), but once they start shielding it I should consider upBing them at times if I find it predictable. Bair can work as well sometimes as maybe nair at lower percents for easier combo followups
-Sometimes I would throw out dair oos which is terrible because I have conditioned myself to use it often against scrubs, when upB oos is far better, especially when I'm facing the opposite direction
-I missed some sideBs, but it's an ok mixup to cover early fairs or misspaced approaches at times. I find it can also help you get out of a grabbing marth occasionally since the sideB pulls you back a bit
D

In my opinion, Marth is up there with Sheik for roughest matchups as Dorf. You seem to have a good idea of the things you need to work on but I'll give you some advice I've gotten from other Ganon's on this matchup specifically.

First of all one of Ganon's strongest assets (and key especially to the Marth matchup) is crouch cancelling. There were a few good moments in there were you cc jabbed or cc grabbed, so its good to see this is something you know. A ganon who doesn't cc well gets tossed around and combo'd all day long. Against Marth, I say the first 60% or so you should be cc'ing all of his weak aerials. I think maybe the reason you were being juggled so much (though your di mixups are very important in helping you escape) was because you weren't just hankering down and taking hits. Really practice this because its something most players don't do naturally. Ganondorf is a huge dude, and its necessary that he takes some damage to win games.

Second, on edgeguarding Marth. I play the game most against a Marth and I will say that it Marth is one of the roughest to edgeguard if not the roughest. Often in your matches when you got Marth offstage you would just grab ledge. In my opinion you should only be grabbing ledge if Marth is recovering very low. Because in most cases the Marth will DI well and come back horizontally or from above. You have to remember that a Marth wants that sweetspot up-b so they have more options from the ledge.
When holding the ledge, Marth is forced to up-b onto the stage, Ganon has few options from ledge to deal with Marth's laggy landing. By the time Ganon gets his slow ass up there Marth is gone or shielding. Now you can throw out a quick upair from ledge, or even drop then up B for a mixup, but what I'm really trying to say is that you should always try to not be in that situation. When you see Marth slowly side-b'ing back to stage like his little princess self, go out there and hit him! Either with a quick back air or a forward air (you did this around 6 minutes in the video I believe). Worst comes to worse Marth hits you with side b, in which case you just upair which should kill. He may counter or try and up b early but if you get to him soon enough he shouldn't be able too.

All in all Ganon is a ripped scary guy who should act as a wall against princes in stupid outfits, and seek to crush them when they want back on the stage.

Other than that I dug your movement and mixups, you often let Marth come to you which is key. Don't spend too much time above Marth cause he has a big sword that he loves to juggle with. You're right about up b as a mixup for techchasing on above platforms, I think up b is underused in the matchup since Marth is always in his shield, trying to protect his beautiful dress.
Last edited: Nov 9, 2016

Thanks for the advice man

You can easily ledgehop grab marth's up-b landing lag from ledge, which is best 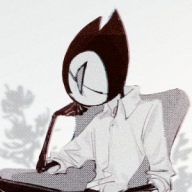 Again at 6:00 you can just double jump sweetspot here but you instead choose to immediately up-b and out yourself in a really bad position.

The airdodging onto the platform to help you recover is too slow and it allows marth to get a free hit on you. Air dodging is only really useful as a recovery mixup, but you kept doing it a lot.

At 9:40 this was definitely an opportunity to just ledgehop NIL and grab marth since he was still in fsmash lag. Doing a down-b gave marth enough time to shield before he would get hit.

Vs the Peach/Marth: 0:45 to do this bair right into Peach's shield, giving her a free shield grab. You need to work on doing safer aerials on shield, where you don't fast fall and drift away from the opponent once you start putting the hitbox out. The further away you are from your opponent when you land, the better.

At 3:44, that is a much better example of a good bair on her shield that doesn't allow her to get an easy shield grab on you.

OVERALL: Most of your decision making is rather poor, especially when it comes to recovering back on stage. I think you could benefit a lot more from playing more defensively and slowing things down a little, but when it comes to punishes and capitalizing on those combo opportunities, you need to go full force with that and not second guess yourself. You already mentioned your weakness in edgeguarding Marth and side-bing in neutral a bunch, so just try to work on disciplining yourself in that respect and trying to make the right decisions.