Champions Past: A brief overview of EVO winners 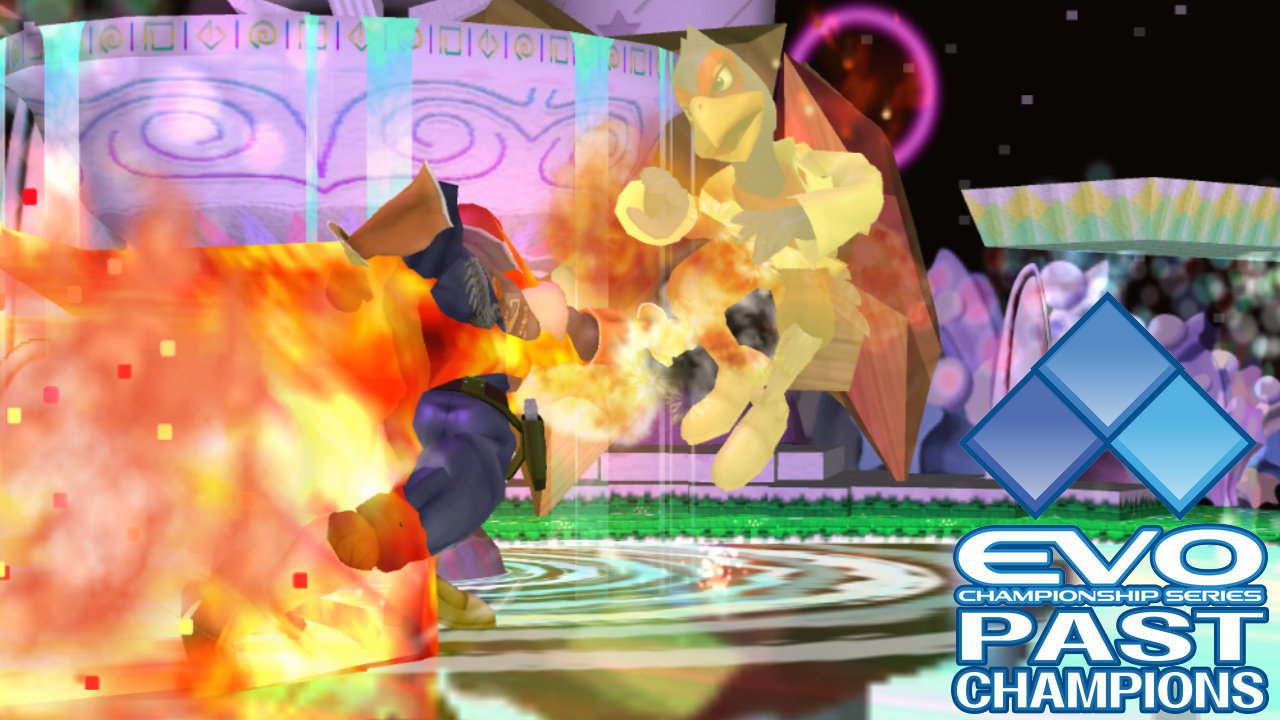 The Evolution Championship Series has been one of the most successful events for the Fighting Game Community. If anybody asked which tournament held the greatest concentration of FGC talent, you would be hard pressed to find anybody who didn't say EVO. Super Smash Bros. Melee is no exception. Melee has been run a total of five times at EVO, with 2017 being the sixth. Each run has had some of the greatest players fight for dominance. Here, we look at those who came out on top from years past.

Melee’s first run was during EVO World 2007. The Champion for that year was none other than the “King of Smash,” Ken. He had a tough run throughout. Mango made his breakout performance at EVO that year when he defeated Ken in the biggest upset of the tournament. From there, Ken had to make a severe run. His sets against ChuDat and PC Chris were nail biting affairs, with Ken making the clutch through to victory. In Loser’s Finals, he faced off against Mango again. Yet, the match was different. It was a dominating set, where Ken emerged victorious. From there, he had to face HugS in Grand Finals. Both players were pushing themselves, and the victor could have been either player. In the end, Ken kept himself steady enough to win when both players were down to their final stock. It was as close as anybody could ask for. Melee would disappear from EVO for six years before its return

After a community vote, and some issues with Nintendo, Melee made it to the grand stage of EVO 2013. That year saw Mango make one of the biggest runs through Loser’s bracket in Melee history. After losing to Wobbles, Mango woke up. He ran through SFAT, Ice, PPMD, Armada, and Hungrybox to make it back Grand Finals. His opponent was none other than Wobbles. After a series of fiery games, Mango sat as the Champion of EVO 2013. Over the course of seven sets, he had dropped only two games. It was a level of dominance that got the crowd pumping, and reminded players why one does not sleep on the kid.

Mango made his return as Champion at EVO 2014, making him the only player to hold more than one EVO title under his belt. Yet, the run was fundamentally different from his performance the year before. Instead of a run through Loser’s Bracket, Mango managed to win EVO without dropping a set. He had a close call with Axe early on, and went on to have a dominating victory over Mew2King. From there, he defeated Hungrybox in a close Winner’s Finals. After beating Armada in Loser’s Finals, Hungrybox made it to Grand Finals to rematch Mango. After five nail biting games, Mango came out on top. It seemed like Mango would become the definitive EVO player for Melee.

With two wins under his belt, Mango set out in 2015 to get three consecutive EVO wins, known as the three-peat. Instead, Armada made a run that was as convincing as Mango’s was the year before. All of his sets were close, and could have swayed away from him in the blink of an eye. Yet, with a calm demeanor, Armada managed to push himself to victory through each one. He won sets over Silent Wolf, PewPewU, Hungrybox, and PPMD to make it to Grand Finals. There, he had a rematch against Hungrybox, who managed to beat PPMD in Loser’s Finals. Once again, the set was very close, and could have gone either way. In the end, Armada came out on top, earning his first EVO title.

With Mango losing his chance for a three-peat, spectators began to wonder who would win EVO 2016. It almost seemed a shoe-in for Armada, who had begun to pull ahead of all other players as the best player in the world. Yet, 2016 saw the story of a player overcoming a barrier he had yet to surpass. Hungrybox, who had made it to Grand Finals the previous two years, finally broke through to earn the EVO title. In Winner’s Bracket, he had victories over Chillindude and Shroomed, before he faced Plup in Semi-Finals. In one of the biggest twists of EVO 2016, Plup came out on top. Sitting on the Loser’s side of bracket, Hungrybox pushed forward. His next victories were over S2J and Mango, earning him the rematch against Plup in Loser’s Finals. In stark contrast to their last set, Hungrybox won with very convincing games. From there, he had to face the final boss, Armada. In one of the most grueling sets of Melee history, Hungrybox fought tooth and nail through both sets of Grand Finals. At the end of it, he emerged victorious. After two years of second place, Hungrybox had earned his first EVO title.


In 2017, EVO is still one of the biggest Melee tournaments of the year. Who will be crowned Champion is up in the air, and the promise of high-level Melee will satiate viewers and competitors alike.
Last edited: Jul 13, 2017

Will be rooting for HBox again this year. Bair well my friend.
If your answer to the poll isn't 2013, I'm just gonna assume you weren't watching in 2013.
The fact that 2016 has more votes than 2013 is not a good look for the smashboards community
Melee lives or dies after this.
Here's hoping EVO 2017 is the best EVO!
Voted for 2014 just because Axe vs Silent Wolf
3peat? its the 3vo.
You must log in or register to reply here.
Share:
Facebook Twitter Reddit WhatsApp Email Link
Top Bottom