Ash's Weakest to Strongest Pokemon in the Anime (Discussion) 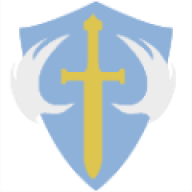 This is just meant to be a general discussion thread for sharing our opinions on where Ash's Pokemon rank in terms of overall strength. Though I'm not oppose to general talk about Ash's Pokemon too. It might also be interesting to talk about Ash's newer additions and where we think they stand or their potential down the line in the series.

While I do have a pretty good idea of where I'd rank all his Pokemon currently, I'm still trying to work out a few things and would love to gauge everyone else's thoughts. There are also several videos on youtube about this very same topic, though most just focus on the top 6. Until then, I'm just gonna show a rough tier list of how I'm organizing them that can either be followed or not, showing one of the Pokemon I think belong in it as an example. After that point I may update this post to display my full thoughts.


S 'Legendary' Tier: (Capable of consistently defeating multiple Pokemon and some of the most powerful threats including Megas, Mythics, and Legendaries)
Greninja

A 'Top' Tier: (Top of the 'food-chain' showing exceptional ability and skill compared to the vast majority of Pokemon)
Krookodile

B 'High' Tier: (Above average compared to most Pokemon and can comfortably hold their own in a fight)
(Seeing as I feel this is where most of Ash's Pokemon are, I can see people arguing over this tier the most)
Corphish

C 'Average' Tier: (Competent fighters but overall middle of the pack with a lack of notable achievements)
Snivy

F 'Bottom; Tier: (Almost always loses and can't be depended on at all to win)
I don't personally think any of Ash's Pokemon belong in here as I don't find any of them to be entirely useless in battle


I'd prefer not to focus too much on factors that are more closely tied to a Legendary Pokemon or Region in order to work. Such as Z-Moves or Dynamaxing/Gigantamaxing.
Ash-Greninja for example requires no such limitation. Though, for speculatory reasons, does anyone think Ash could pull off a Z-move-like attack outside of Alola with any of his Pokemon regardless?

While Win/Loss ratios are important to consider, we also need to be mindful of the quality of those battles and if those battles took place during a time when it was possibly weaker in a lower stage evolution. If one of Ash's pokemon tied with a powerful legendary who hadn't been battling anyone else beforehand you wouldn't just disregard that as another battle. Context is important! People also like to bring up how Charizard would've had a higher win/loss ratio if it hadn't been blatantly disobedient, which is relevant in this case as it no longer behaves that way.
One more thing to note is while I'm all for discussing the potential of any of Ash's Pokemon, it shouldn't of course factor into where we think the Pokemon currently ranks.
You must log in or register to reply here.
Share:
Facebook Twitter Reddit WhatsApp Email Link
Top Bottom