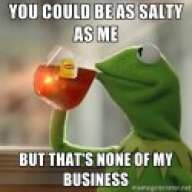 The Folse Deity · From Metairie, LA