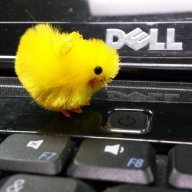 Week 8 of the Summer Circuit

From the EDC Smash Community, we bring you Space 2 Smash #44! We are hosting at Room 2 Game in Cameron Park.

If you can, please bring a setup. We only have 1-3 setups confirmed for every week, so any extras are welcome! Just make sure that it is a full setup if possible (all characters, all DLC, version 3.1.0, monitor, and GC adapter).

We are doing a Summer Circuit for the next couple of months! As the circuit goes on, attendees will earn points through various means at our Space 2 Smash tournaments, and those points can be redeemed for cool prizes. There will also be pot bonuses based on attendance goals we have set in place. This circuit will be running from May 25th to August 10th. For a full breakdown of how the Summer Circuit works, you can check out the Google Doc here.

BYOC (Bring Your Own Controller)
- Any controller issues (dead battery, malfunctions, etc) that occur will not change the outcome of a match.
- If your controller is found to be the cause of disruption in a tournament (mid-game or otherwise), you are subject to disqualification. To avoid this, remember to turn off / de-sync / unplug your controller after finishing a set.

You do not have to be here by 6 PM if you are only entering singles. As long as you signup before 7 PM, you are good to go.

If there are 8 players or less, then the pot is split 75% for first and 25% for second. We will notify everyone participating if this ends up being the case.

- Double Elimination
- 3 stocks, 7 minutes
- Sets are best 2 of 3. Winners/Losers/Grand finals are best 3 of 5
- Spirits/amiibo are NOT allowed.
- Mii Fighters are allowed (Any combo)
- If a game goes to Sudden Death, the winner is determined by stock/percent lead. If this cannot determine a winner, then a 1 stock 3 minute tiebreaker game will take place on the same stage with the same characters.

- Either player can elect to do a Double Blind Character Selection
- If you are tardy 5 minutes after being called to a setup, you will be disqualified from the tournament.
- Pausing mid-match will result in the loss of a stock for the player who initiated the pause.
- Coaching is not allowed during a set.


- For the first match in a set, the player that bans a stage first is decided by a game of Rock-Paper-Scissors. Winner bans 1 starter, loser bans 2 starters, followed by winner banning 1 starter until there is one stage left.
- Winner of game 1 then bans 2 stages from the starter/counterpick stages. Loser chooses from the remaining stages. All games after game 1 will follow this banning procedure.
- Players can play on any legal stage if both agree to it.
- You cannot choose a stage you've already won on in a set.


The EDC Smash Community has a Discord channel! Come join us if you'd like!

Hey. I am interested in going to this event, how many people we are the last one?

RedRumRiley said:
Hey. I am interested in going to this event, how many people we are the last one?
Click to expand...