BAN LIST (subject to review and change by panel)

*** Good for 1 month at all FX Game Exchange DFW events – Final Terms of FX DFW Sponsorship to be discussed with winner.

BAN LIST WILL BE UPDATED prior to each Project M Arcadian.

1. 4 Stocks
2. 8 Minute Time Limit
3. Items set to “Off” and “None”
4. Buffer set to OFF
5. Dave’s Stupid Rule: No player can counter pick a stage he or she won on unless agreed upon by both players.
6. In the event of a match going to time/sudden death, the winner will be determined by:
a. Whoever has more remaining stock left.
b. If stocks of both players are the same, the winner will then be determined by whoever has less percent.
c. If the match ends with both players dying at the same time or if time ran out with both players at equal percent, an identical rematch of the previous match will be played out. Same characters and same stage.
d. In the event of going to sudden death because of suicide kill move (such as Ganon's overB or Dedede's inhale), the player initiating the move will be declared the winner.
7. Sets will be best out of 3 games. Loser's Finals, Winner's Finals, and Grand Finals will be best out of 5.

Addendum for Big Brother Big Sister Doubles:
1. Players on the banned list may enter this event, but have to team with someone who is not on the banned list
2. Team Attack set to “On”
3. Life stealing is allowed. (Note that life stealing in Project: M is done by pressing A+B, rather than Melee's start)
4. In the event of a game going to time, the winner will be determined by:
a. Whichever team has more remaining stock.
b. If both teams have an equal amount of combined stocks, then whichever team has a lower combined percent is declared the winner.

1. The Tournament Organizer is the arbiter of all disputes.
2. BYOC (Bring your own controller): Players are expected to bring their own controller and be prepared for every tournament set.
3. DQ Rule: Arriving too late for a match will result in a DQ. Player(s) will have 5 minutes to show up before a loss of the first match. 5 more minutes results in a loss of the set. For doubles, both players on a team need to be present in order to play.
4. MikeHaze rule: No intentionally disrupting players, whether physically or vocally. This applies to EVERYONE, players and spectators. Simply talking to the players (and Hype moments) are exempt.
5. Gentleman's Clause: Any change to the rules is permitted if agreed upon by both players, except for the 8 minute time limit.
6. Textures are Cool Clause: We're usually pretty lenient with textures/custom music. You're welcome to bring your set up to the tournament with them, but please do not have any disruptive music, hard to see textures, or dramatically altered character models. If you have a problem with the set up you're playing on, notify the TO and we'll get it resolved ASAP.
7. Giga Bowser is Banned.

* Collusion of any kind will not be tolerated and will result in immediate disqualification without refund and a permanent ban from any future events held by FX DFW or Tourney Locator. Collusion is defined as "Any secret or illegal cooperation or conspiracy, especially in order to cheat or deceive others." An example of collusion is splitting the event winnings and determining the winner of the event without playing, or manipulating the intended rules to give one player an unfair advantage over others.
Last edited: Jun 9, 2015 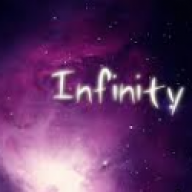