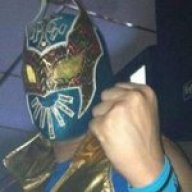 
Continue to settle it in Smash at the Bravery Arcade Weeklies Hosted by Eric Dood, xSinCarax and Gnarly Marv.


Game version: US Nintendo WiiU
Game Settings: 2 Stock, 6 Minutes, Custom Moves Off, Items Off, Equipment Off, Handicap Off, Pause Off, Damage Ratio 1.0x, 2/3 Games
Allowed Controllers: Nintendo Gamecube controller, Wii U Pro controller (battery removed method with USB), and Wii Remote variation (player MUST remove battery upon completion of set or will be disqualified)
Mii Fighters On (1-1-1-1 Default Guest Miis)
Amiibo’s are banned.
Stages: Battlefield [Dream Land 64], Final Destination [Ω Midgar, Ω Suzaku Castle and Ω Wily Castle], Lylat Cruise, Smashville, Town & City
First stage is decided by (Rock Paper Scissors) best of 1. Winner may choose to either strike a stage first or select a port first. Stages are struck in a P1-P2-P2-P1 order.
Following stages decided by winner striking one stage from all stages and then loser choosing.
Winning player is not locked into the same character for the next match, but has to pick before loser selects character.
You may not pick the last stage you have previously won on during the set unless mutually agreed to.
You may not play on a stage that is not on the available stages list. This will result in a double disqualification.
If a game ends with a self-destruct move, the results screen will determine the winner.
Sudden Death with tied percentage/stock will result in a 1 stock/3 minutes playoff match.
There will be no loading anything on to the tournament consoles.
Last edited: Nov 2, 2018

Let's go! We will be streaming this event as well!
G