What's new New posts Latest Articles New resources New profile posts Latest activity
Censor-dodging
https://twitter.com/Oz88851028/status/1292686863829016576
I know you're all sick and tired of me ranting about King K. Rool and the people who main him either being right to lose with him or lucky to win with him, but I just want to see more good results from him until I can shut up about him. If any exist. 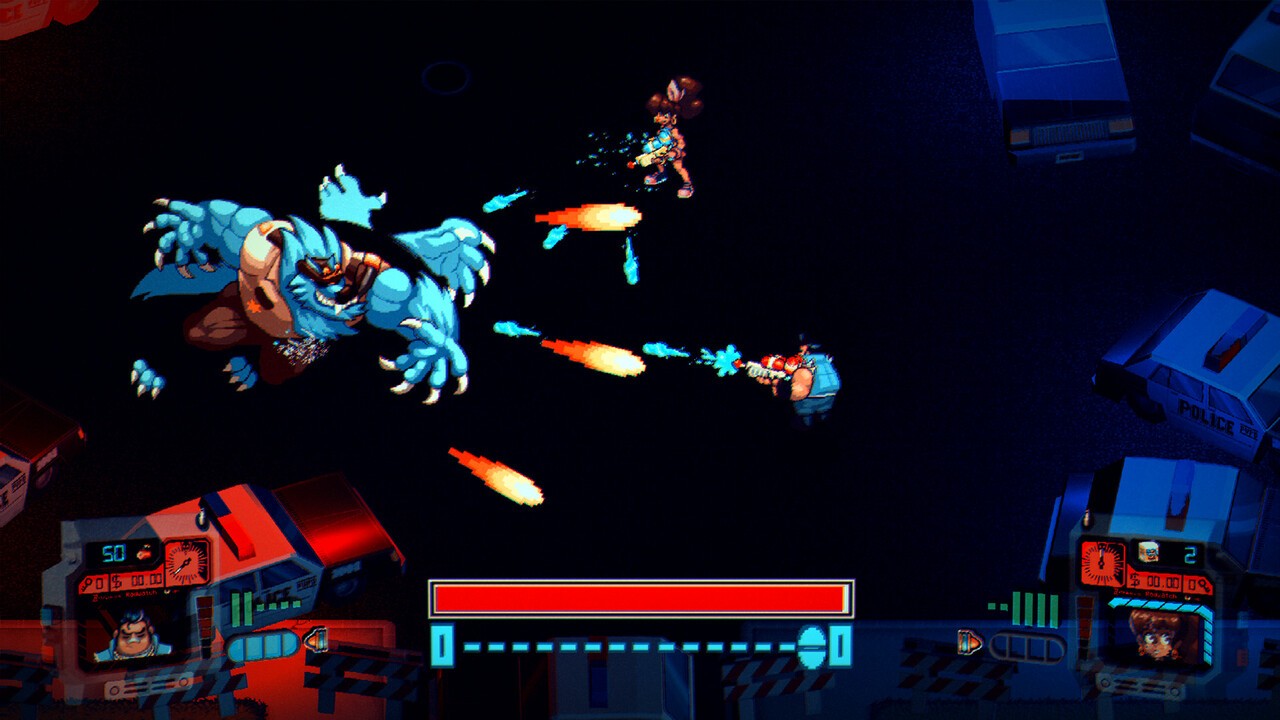 ZAMN getting a spiritual successor
With help from the ToeJam & Earl devs
Also, Tee Lopes is one of the composers
Click to expand...

Ah yeah. Now I actually have something to look forward to for next year.
I've said this before and I'll say it again: Some people need to stop being ***** to me for no reason.
Bought KOF 14! I’ve always wanted to try it since it came out and KOF 13 looks sick as well.
You know, I think obscure Mario characters have a good future:

K. Rool in Smash was HUGE. It'll be a moment in Nintendo history which cannot be overstated, that probably lit something or other inside Nintendo's walls, considering that a year or two after K. Rool came aboard, mobile Mario spin-offs started embracing lesser known characters - we saw Baby Wario from Yoshi's Island DS get his PHD, King Bob-Omb; Nabbit; and Dixie Kong took to the tracks, Goomba got its third playable role, even the dolphins got in on the fun.

Now, you could mention the Origami King interviews, but considering how long game development took that probably started development around the time of K. Rool's reveal, before they knew there was a demand for classic characters to come back. Remember that Sakurai said he had no clue fans wanted K. Rool until the ballot.
Remember when people genuinely believed Poochy and Adeleine would be DLC? I'd happy with either of those 2 but there's no denying that's pretty bottom-of-the-barrel for a series that doesn't even have Waluigi yet.
People joke about anti-vaxxers/anti-maskers also being anti-seat belt, but funnily enough I've actually met someone IRL who thought he was too good a driver to wear a seat belt.

He was a taxi driver, I don't know if he still is, but I doubt it.
I'm not completely against the idea of literally firing all police in America and replacing them all with newly trained officers under new standards.
Not all at once, but the problem is so widespread that the entire police force must be cleansed and replaced.
There aren't just a few bad apples. Quite frankly, there are only a few GOOD apples, and as unfair as it is to the "good cops", the purge must happen, and any of the few good cops can reapply under the new standards.
I started maining Mii Brawler for the memes - you know, jump into quickplay and embarrass some kids by beatin' them up with Garfield, Squidward's House, The Noid, or 7 Grand Dad - but I kept maining Mii Brawler for counter throw. Let me tell you, some moves are just made to be countered. DK's F-Smash, Falcon Punch and Mario Fair are some of my favourite counter targets.
So... Mr. Peanut just turned from a baby to 21 in an instant.

Someone at the Planters marketing department has been watching a little too much anime.
I'm starting my own religion.
Here's a verse: "Verily, I say unto you, for the kingdom of salvation has already brewed within my gut and is resting in my sphincter. All you have to do now, my child, is pull my finger!"

Really frustrated about the future. COVID really impacts all of us. Those of us who have to meet specific graduation for school requirements get hit hard, if not harder.

Can we PLEASE cooperate to get this virus out of the way?
Trying hard not to get upset over a children's video game. :D
Chingling is the best pokemon dammit

Did they run out of available series to license for negotiation or something? They're coming up with creative ways of stalling at this point.
She Short hopped lasered into my heart

I created a thread for making WoL sub-areas: https://smashboards.com/threads/create-a-sub-area-for-wol.506804/
Impending doom approaches...
When they turn the Jigglypuff jingle from the anime into a punk rock song in Masters: Finally, inner peace.
Someone suggested that I secretly have fun even when I lose but I refuse to admit it, but I don't think that's the case, is it?
I watched so much One Piece over the past few days so I'll post my summarized thoughts below:

Today I found out there are actually people who say Castlevania shouldn’t have been in Smash because it’s a “dead franchise.”

I previously thought those people only existed in nightmares
Before: Someone liked your post!
Now: X reacted to your profile post with a like.
I feel the reason a lot of people find Crash games "Dark Souls hard" is because they play them as if they're 2D Mario games. Despite appearing derivative at first sight, Crash games are about precision where Mario games are about exploration. They're the very definition of "linear", which is their strong point IMO. A Crash collectathon makes about as much sense as a Banjo corridor game.
In Smash 6, Min Min's shield needs to be the one she uses in ARMS while guarding. The Spring Man assist trophy has his ARMS shield so why not give Min Min hers?
Ooh, a fellow Rochesterian.
I already miss old Smashboards.

Ono is leaving Capcom after nearly 30 years
Click to expand...

So, not sticking around for the end of Street Fighter V? He may not have been perfect with his trollings, but I'll miss his Blanka jokes.

May he have good luck with his future endeavors.
I legit kinda missed you while the Smashboards shutdown took place.

Was even thinking about going today to my uncle's House to take a picture of his Cat and share It at the Social Thread but sadly he is currently at the south of the island celebrating something. Oh well.

Just hoping your weekend went well enough.
I hate how if you go to your profile --> postings, you can no longer view any posts unless it was from around 2015 or after the maintenance ended.
a day and a half of maintenance and we still cant delete posts
I'd say refusing to use a character for not being "relevant" is more out-of-touch with younger generations than adding a forgotten character.

The internet has been readily accessible to consumers for almost 4 decades now, meticulous fan wikis get tens of thousands of visitors every day and retro games are in fashion with younger generations. Kids know who characters like K. Rool and Geno are, even more so now than when he was first introduced in the case of the latter.

Hell, those who aren't familiar with such characters will still appreciate them - you don't need the full backstory and lore to confidently say "I will play as the fat crocodile king this round".

(I should note I'm refering to any sort of multiplayer game that uses existing characters, not just Smash)
Ms. Pac-Man, Proto Man, Dry Bowser, Coco Bandicoot.
I'm not a Kirby fan so I may be missing out on something, but honestly a generic Waddle Dee sounds way more enticing as a newcomer than Bandanna Waddle Dee - they have bows, axes, balloons, swing ropes, missile launchers, cars, snowballs and parasols - why limit them to just a spear?
Question: if Goku and SpongeBob ACTUALLY got in Smash, be it as Mii Costumes or proper fighters, would y'all still accept them as additions to the roster? honestly I'd be 100% cool with it, through it obviously won't happen and isn't worth campaigning for in the slightest.
Welcome back, SmashBoards!!!
Doesn't the name "3DS" imply it has 6 screens?
Fall Guys has over 2 million sales within a week. I never would've seen this game to get as big as it is right now, but it's great to see this game become a huge success within a short timeframe. I'm curious to see where the devs take this game next.
Aaaaaand we're back
Top Bottom