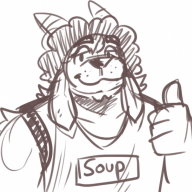 Here's a horizontal ladder that I found today

Seems to be a string, but could be viable to pull off with DI/opponent trying to challenge it with an aerial.


This character thread seems to be lacking discussion so I tried to spark things up a bit, what are some strings/true combos you found? 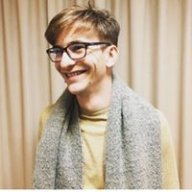 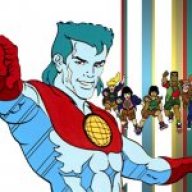 I somehow got whip2 (the one you get for holding B) to combo into bair at around 50%. Could be because they DI'd into it thinking the whip was going to send them away and not in. 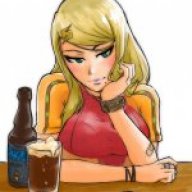 I got an fthrow to down b spike on something like a k.rool I feel like around 60% don't really think it's true(since wifi).

But there is one things I'd like to look into regarding zair to boost kick at kill %.

It seems like there is a % where landing a zair puts them into that tumble untechable animation, maybe want to say around 30% higher then when boost kick can kill from ground level.

I've landed it off line at a tournament and having someone ask if about makes me feel like there were trying to tech/tech roll when they hit the ground.
Last edited: Dec 13, 2018

I went back in the lab yesterday and found new true strings:

DWIP said:
I went back in the lab yesterday and found new true strings:

Could you elaborate a tiny bit especially on Nair to flip kick because I'm not sure if it needs to be buffered or not.

I am still not super comfortable with the buffering system they have.

It kinda feels like they want me to just make all my inputs with the assumption that everything I do is going to connect in succession, whilst adjusting inputs for things that I assume can go wrong.

Also can someone Make the MU thread ?
Life has a tendency to take me on some downward spirals I'd rather not have my hands on it this time around

pichuthedk said:
Could you elaborate a tiny bit especially on Nair to flip kick because I'm not sure if it needs to be buffered or not.

I am still not super comfortable with the buffering system they have.

It kinda feels like they want me to just make all my inputs with the assumption that everything I do is going to connect in succession, whilst adjusting inputs for things that I assume can go wrong.

All of above were performed on ROB
The flip kick must be buffered as soon as the Nair hit.
For the up-air into up-b single jump is enough but do not guarantee kill on the heavier characters, you can buffer up-b right after DJ to confirm a kill.

i aslo discovered a tech that allows you to instantly grab the ledge from the stage. To perform it you have to run off the ledge, instantly turnaround jump cancel zair before falling off the ledge.
It is faster than run off turnaround. I couldn't perform it while standing near the ledge, it only worked from running. I'll try to get a video of it so you can visualize it, when I get my controller back from my friend's place
Click to expand...

Here's the video of the instant ledge grabbing tech: https://youtu.be/9uey7CfeDzY

Pretty legit I had to use youtube slow down to make sure I was seeing it right but pretty much.
I've had problems when I have someone on the ledge so maybe I can just force them off now.
R

At mid percent she can use her side B ( hold it to launch the opponent verically), and combo up air, up air, up b, and kill really early
A

Up-tilt is a better combo tool out of 0% nair than upsmash. It does more damage (14.4% vs 13.3%) and comes out earlier (frame 3 vs frame 10), so even if you land a neutral air at max spacing, you can dash into the up-tilt and still combo.
I also experimented with (at 0%) nair -> short hop fair -> jab, but it seems to be DI dependent if you get the jab or not. Same with nair -> fair -> uptilt, which has a bigger pick up range at the cost of 2 frames. I can't get it consistently.
Worth noting that if you can get nair -> up smash, nair -> forward smash is only 2 frames slower, and does like 6% more so you could probably get that instead.
I guess what option you choose is matchup dependent. If you are facing pokemon trainer, who has a frame-one invincible downB, go for the fastest option, nair -> uptilt or nair -> jab. If you are facing K-rool or ridley, who are big & slow, try nair -> fsmash or nair -> fair ->jab/uptilt.
You must log in or register to reply here.
Share:
Facebook Twitter Reddit WhatsApp Email Link
Top Bottom