You Guys Think Falco Is Slept On? 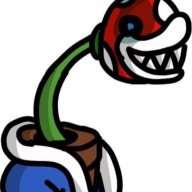 You hear a lot about Wolf and Fox in discussions. But Falco has barely even been mentioned since month 1. I think we need somebody to start getting really good with Falco. Larry is good, but he isn’t really hitting majors hard this game. I don’t know one Falco that’s even made top 8 at a major. Still, people are ignoring his advantages over the other spacies. Amazing consistent combos, actually being able to edge guard, etc. 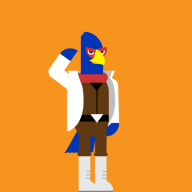 Some may have noticed that Falcos have been recently doing better than before in competitive play. You may want to take a look at the tournaments results section to see that.
It is also noticeable that some players got very decent results with characters that were I think a bit unexpected at this level (Collision 2019 namely). In my very humble opinion, this highlights the fact that there are a lot of viable characters, including at high level. Falco may not be as high as other spacies in tier lists, for what that means, but I guess he is still capable to win at the highest level in the right hands, and the same may be true for many other characters.
That said, as a very low level but enthusiast player, I think Wolf has a learning curve that is much faster than Falco's. If the same goes for players much better than me, that may contribute (among other factors) to Wolf high popularity. Maybe things will change a little bit in the future, especially if Wolf gets a few nerfs.
Last edited: Mar 21, 2019 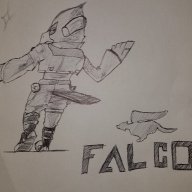 Falco definitely has a huge learning curve, but I personally believe he has the potential to be a top 20 character in this game.

To be honest, I think he’s even worse than people are saying. None of his major problems from Smash 4 seem to have been alleviated.
S

Optihus9657 said:
Falco definitely has a huge learning curve, but I personally believe he has the potential to be a top 20 character in this game.
Click to expand...

Agreed, all Falco needs is proper optimization and it will happen the META is still developing.


MarioMeteor said:
To be honest, I think he’s even worse than people are saying. None of his major problems from Smash 4 seem to have been alleviated.
Click to expand...

That's not necessarily true, Falco has received major fixes that he was in dire need of. For example, Falco's smash 4 D-air was barely usable only coming out on a very slow frame 16. It now comes out at a much faster frame 10 and auto-cancels out of short hop. The game's engine improved his dash speed which made his movement much more fluent. The cooldown from Falco's laser shooting has also been significantly reduced. I believe its best use is offstage because of its abillity to gimp characters with poor or mediocre recoveries. Up-tilt is now a viable combo starter and even converting into B-air as a kill confirm. The trade-off is that his qualities from smash 4 had been toned down ( B-air comes out a few frames slower, Windbox removed from N-air, F-tilt is slower, Up-smash no longer connecting on grounded short characters) . However all these moves are still usable and relatively strong. Its still very early in the META, Falco's tourney results will improve with time and proper optimization.
You must log in or register to reply here.
Share:
Facebook Twitter Reddit WhatsApp Email Link
Top Bottom